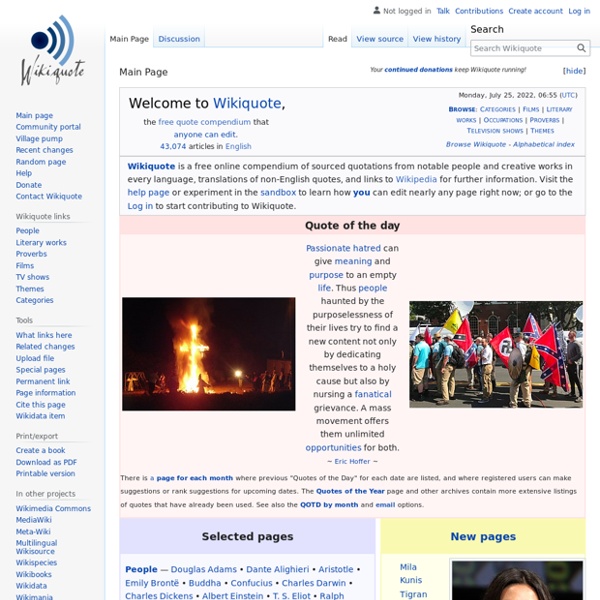 Gnu Privacy Guard (GnuPG) Mini Howto (English): Concepts Next Previous Contents 1. Concepts 1.1 Public Key Encryption Angel_sHeart / 26 / F / Niš, Serbia Connect your existing OkCupid account Sign in or Welcome Back! Margaret Fuller To one who has enjoyed the full life of any scene, of any hour, what thoughts can be recorded about it, seem like the commas and semicolons in the paragraph, mere stops. It seems that it is madder never to abandon one's self than often to be infatuated; better to be wounded, a captive and a slave, than always to walk in armor. Sarah Margaret Fuller Ossoli (23 May 1810 – 19 June 1850) was an American author, journalist, critic and women's rights activist.

Digital Encryption and Digital Signatures with GPG For those of you who are unfamiliar with the concept of digital signature and encryption, I hope this tutorial will provide some insight. It is designed to convey the concepts and plays a bit fast and loose with the specifics. (Follow the links for more details than you probably want.) This doesn't cover the specific commands needed to use GPG or PGP . The resources listed at the end of this document will get you into that.

Translations The idea of translating TED Talks came about by popular demand. Passionate viewers around the world started asking if they could translate talks in order to share them with friends and family. (Some were even sending us finished translations!) Recognizing a real need — and an opportunity to radically open accessibility — TED developed a system to allow volunteers to translate their favorite talks into any language. The Open Translation Project launched in 2009, with 300 translations in 40 languages, created by 200 volunteer translators. Today, more than 50,000 translations have been published in 104 languages (and counting), created by more than 15,000 volunteers. Leo Tolstoy The hero of my tale, whom I love with all the power of my soul, whom I have tried to portray in all his beauty, who has been, is, and will be beautiful, is Truth. Lev Nikolayevitch Tolstoy [Ле́в Никола́евич Толсто́й] (9 September 1828 – 20 November 1910) was a Russian writer, philosopher and social activist credited as a major influence on Christian anarchism; his name is usually rendered into English as Leo Tolstoy, and sometimes Tolstoi. See also: A Calendar of Wisdom Quotes[edit] The vocation of every man and woman is to serve other people.

Books TESL-EJ publishes academic titles in electronic format. Our books are copyrighted and registered with the U.S. Library of Congress. If you have an idea for a book, please refer to the guidelines at the bottom of this page. New Edition Harmony of Babel: Profiles of Famous Polyglots, by Kató Lomb (264 pages)