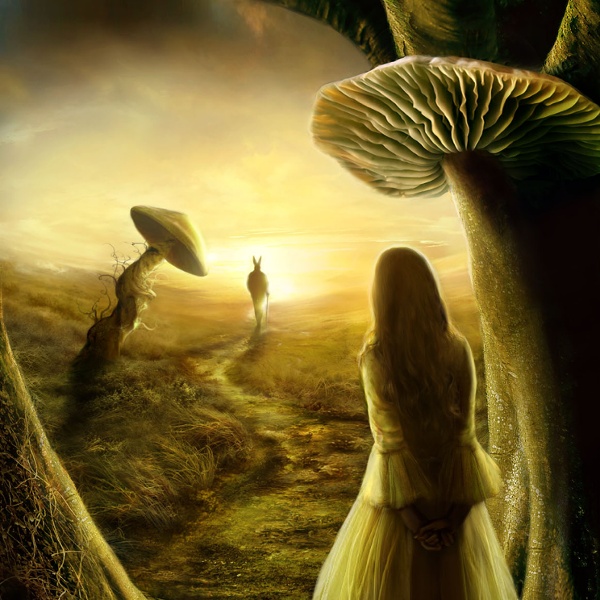 Underlined Book Quotes Become Clever Illustrations Bookworm or not, you can't help but enjoy these black and white illustrations of literary quotes by Evan Robertson. The New York-based graphic designer has taken some of the cleverest lines written by famous authors such as William Faulkner and Oscar Wilde and turned them into wonderful posters. These literature-inspired fine art illustrations are currently being sold on Etsy under the name Obvious State. Robertson would see a "little jewel of a sentence" and he'd underline it. Then, he would take those "snippets of text and ideas" and "let the words be a springboard for an illustration." As he told Huffington Post, "The illustrations incorporate and interact with the text and hopefully add up to something that engages the mind as much as the eye."

13 Disturbing Works of Art by Female Artists After we posted 13 Disturbing Pieces of Art from History , several readers pointed out that none of the works were created by female artists. So, here are 13 more disturbing pieces of art, and they’re all created by women. 1. Artemesia Gentileschi - Judith and her Maidservant The most remarked-upon absence from the previous list was Artemesia Gentileschi’s version of Judith Slaying Holofernes (as opposed to the Caravaggio, Judith Beheading Holofernes , that we featured). Dynamic Optical Illusions - GROW ILLUSION. Stare at the center of the below illusion for about a minute. The longer the better. Then look away and watch you world melt! Press F11 to see the illusion full screen for a stronger effect! (press F11 again to return to normal browser view afterwards)

James Charles - Pop Cultured Currency Repurposing existing objects for other uses is always cool. Repurposing them for pop culture references though is even better. James Charles has been doing just that with United States currency for the last year or so. Many more after the jump. Vladimir Kush - MELT M̲ixtapes A̲lbum of the Week D̲ocumentaries A̲bout Us

How Things Work Posted by admin on Dec 28, 2012 in Entertainment | 27 comments For many thing that we all day see in our lives, we don’t know how some of that things work. Here you can see how things really work. How a Zipper Works Illustrating Pi: Unrolling a Circle’s Circumference