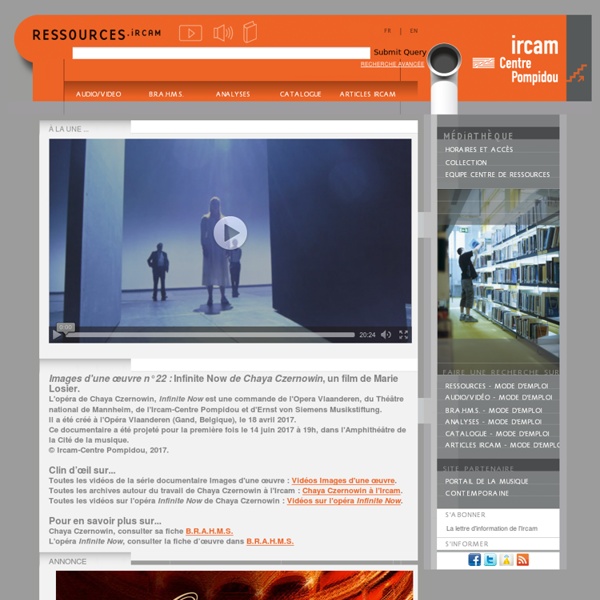 Tidal - Home Tidal is a language for live coding pattern. It provides a way to express music with very flexible timing, providing a little language for describing patterns as discrete sequences (which can be polyphonic and polymetric), some generators of continuous patterns (e.g. sinewaves, sawtooths) and a wide range of pattern transformations. Tidal is highly 'composable' in that pattern transformations can be easily combined together, allowing you to quickly create complex patterns from simple ingredients. Tidal does not make sound itself, but rather controls synths using Open Sound Control or MIDI. By default, for its sister the Dirt sampler.

Internet Archive l National Emergency Library 1925 by Cherrington, Ernest Hurst, 1877-1950, editor texts eye favorite 0 Scripting Processing With MIDI: 12 Steps This setup allows multiple devices to lay the role of grid. What's left is to add some final flourishes. The bulk of the graphics happens on a split screen. One more rendering structure that covered the entire screen would be nice. To this end, an new RenderArgs ArrayList instance is created. A few more tweaks get introduced as well.

Mobius 2.0 Installation Guide April 2012 Welcome and thank you for your interest in Mobius, the world's most powerful live-looping software! If you already know what Mobius does, you may skip ahead to the Documentation section. If you're still wondering what the heck is this looping thing is all about, Mobius essentially lets you to make live audio recordings and play them back in an endless loop. While a loop is playing you may add to it and modify it in many ways. One of the most common uses for a looper is to record background parts for "one man band" solo performers but this is just scratching the surface of what Mobius can do.

Creative software can now configure itself for control, with OSC Wouldn’t it be nice if, instead of manually assigning every knob and parameter, software was smart enough to configure itself? Now, visual software and OSC are making that possible. Creative tech has been moving forward lately thanks to a new attitude among developers: want something cool? Do it. Open source and/or publish it. Get other people to do it, too.