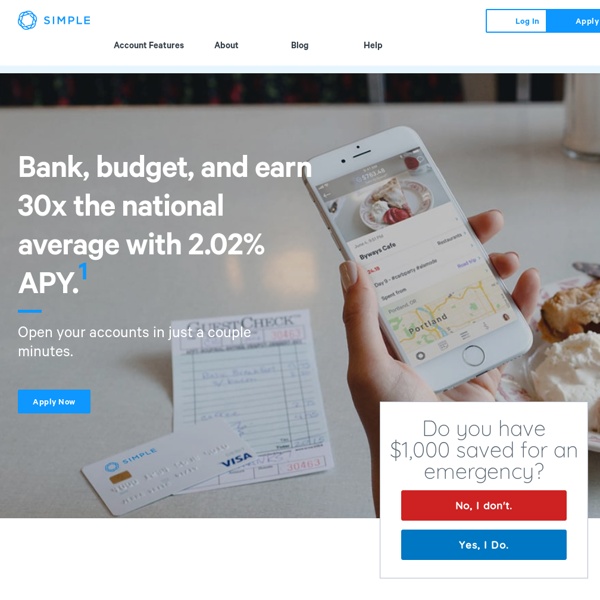 US Census Bureau releases public API for mobile and web developers The US Census Bureau has released its very first public API, allowing developers to create web and mobile apps based on the government's collection of demographic and economic statistics. The Bureau launched the API Thursday, alongside a new "app gallery" website where users can view and download apps that have already been built. With the API, developers will have access to two sets of statistical databases: the 2010 Census, and the 2006-2010 American Community Survey.

20 Fantastic Examples of Flat UI Design In Apps Flat design is here to stay and this year it’s been a massive trend when it comes to apps. It’s not just because it’s aesthetically pleasing, it’s also because it provides a better user experience for users – if implemented correctly of course. Flat UI design is also brilliant when it comes to responsiveness and trying to fit multiple screen sizes – like with an Android app. Google Glass and Apple’s iBeacon on the way to a bank near you Westpac NZ customers will be able to check their account balances and transfer funds via Google Glass once the device is widely available. Photo: AFP Paul Smith Westpac NZ’s chief digital officer officer Simon Pomeroy said wearable technology would become more popular throughout 2014, and that the bank was intent on making services available on all new technology platforms Westpac Banking Corporation is poised to take a fresh step in the increasingly competitive banking technology race with trials of apps for Google Glass and smartwatches and also branches kitted out with Apple’s iBeacon technology.

20 Game-Changing Technology Trends That Will Create Both Disruption and Opportunity on a Global Level No matter what industry you’re in, your company can’t survive without technology. And these days, even non-technical employees know that technology goes way beyond desktop computers and networks. From smart phones and tablet computers to mobile apps and cloud-based technology, there’s a plethora of technological advancements to not only keep track of, but also to profit from.

Donate To Help Working The Poor In Latin America 517 N. Segoe Road, Suite 209, Madison, WI 53705(608) 257-7230info@wccn.org Every $1 you donate leverages $6 of investment. 30 eye-popping examples of parallax scrolling websites Today's advanced web technologies make it possible to create remarkable effects in the browser. While these effects can be gimmicky, when employed in the right way they can result in a distinctive and memorable website. One fairly recent web design trend is parallax scrolling, which involves the background moving at a slower rate to the foreground, creating a 3D effect as you scroll down the page. It can sometimes be overwhelming, but when used sparingly it can provide a nice, subtle element of depth. You'll find more advice in our pro tips for building parallax websites post. But to show how it should be done, we've collected together sites that employ the technique to good effect.

All That Glitters Is Not Gold: A Common Misconception About Designing With Data Advertisement Too often when working in information design, you’ll hear the request, “Can you make the data look cool?” “Cool” is a rather ambiguous term, and means different things to different people. Unfortunately, when working with data, the term “cool” is often directly juxtaposed with common charts like line, bar and pie, which are often relegated to the backbench, and written off as “boring.” The emphasis on the instant visual appeal of an infographic over the clarity of the presentation of data is a troubling trend that plagues the modern incarnation of the infographic.