Laws regarding banking and money 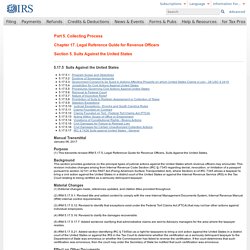 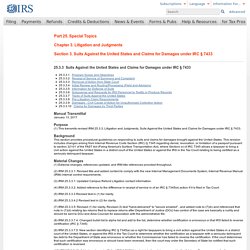 Legal Tender Status. I thought that United States currency was legal tender for all debts. 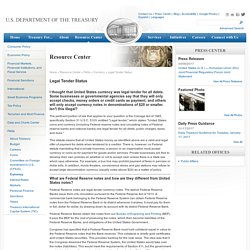 Some businesses or governmental agencies say that they will only accept checks, money orders or credit cards as payment, and others will only accept currency notes in denominations of $20 or smaller. Isn't this illegal? The pertinent portion of law that applies to your question is the , specifically Section 31 U.S.C. 5103, entitled "Legal tender," which states: "United States coins and currency (including Federal reserve notes and circulating notes of Federal reserve banks and national banks) are legal tender for all debts, public charges, taxes, and dues.

" This statute means that all United States money as identified above are a valid and legal offer of payment for debts when tendered to a creditor. There is, however, no Federal statute mandating that a private business, a person or an organization must accept currency or coins as for payment for goods and/or services. Statute Of Limitations - On Debt, By State. Debt Once a debt passes beyond the statute of limitation in your state, a debt collector no longer has the right to sue you for payment. 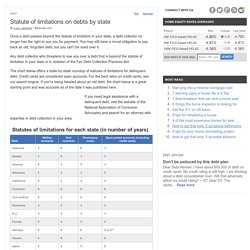 You may still have a moral obligation to pay back an old, forgotten debt, but you can't be sued over it. Any debt collector who threatens to sue you over a debt that is beyond the statute of limitation in your state is in violation of the Fair Debt Collection Practices Act. 7 Things You Need to Know About the Statutes of Limitation for Debt. Certain credit cards and other financial products mentioned in this and other sponsored content on Credit.com are Partners with Credit.com. 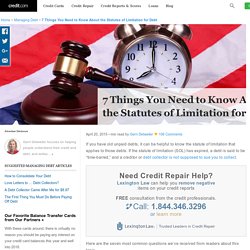 Credit.com receives compensation if our users apply for and ultimately sign up for any financial products or cards offered. Hello, Reader! Untitled. Financial claims - statute of limitations clarified. Title 12 of the Code of Federal Regulations - Wikipedia. Debt restructuring, vulture funds and human rights. As sovereign insolvency has obvious implications for the enjoyment of economic, social and cultural rights by debtors’ populations and of their right to development, international human rights law should be considered when defining and identifying the rules governing debt restructuring processes. 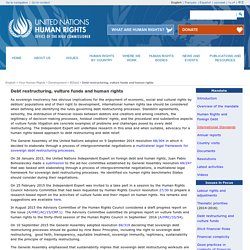 Standstill agreements, seniority, the distribution of financial losses between debtors and creditors and among creditors, the legitimacy of decision-making processes, holdout creditors’ rights, and the procedural and substantive aspects of vulture funds litigation are concrete examples of problems and challenges posed by every debt restructuring. The Independent Expert will undertake research in this area and when suitable, advocacy for a human rights-based approach to debt restructuring and debt relief. Letters and submissions: Reports: What's the Difference Between Bilateral and Unilateral Contracts? Contracts are a part of taking care of business, both personally and professionally. 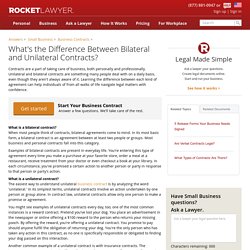 Unilateral and bilateral contracts are something many people deal with on a daily basis, even though they aren't always aware of it. News Moneyval. [26 septembre 2016] MONEYVAL's annual report: anti-terrorist financing measures not fully exploited yet Following the publication today of MONEYVAL's annual report, its Chair, Daniel Thelesklaf, pointed out that identifying the financing of terrorism has not yet been fully exploited as a strategy in the overall fight against terrorism. 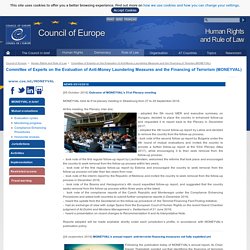 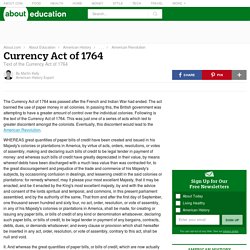 The act banned the use of paper money in all colonies. In passing this, the British government was attempting to have a greater amount of control over the individual colonies. Following is the text of the Currency Act of 1764. This was just one of a series of acts which led to greater discontent amongst the colonists. Eventually, this discontent would lead to the American Revolution. MissingMoney.com Unclaimed Property FREE SEARCH - Officially endorsed By The States, Provinces and Naupa.

NAUPA. Inactive Bank Account Answers from the OCC. Former World Bank Attorney exposes the bankers and the BAR. What Is Shemittah? - The Sabbatical Year basics: absolution of loans, desisting from all field work, and the spiritual objective of all the above. - Shemittah. As soon as the Jews settled in the Holy Land, they began to count and observe seven-year cycles. 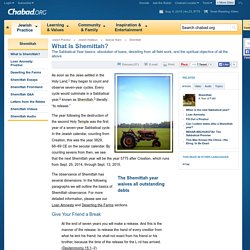 Every cycle would culminate in a Sabbatical year, known as Shemittah, literally: “to release.” The year following the destruction of the second Holy Temple was the first year of a seven-year Sabbatical cycle. In the Jewish calendar, counting from Creation, this was the year 3829, 68–69 CE on the secular calendar. Global Banking: Regulations Force a Retreat - Businessweek. As global credit markets seized up in late 2008, European banks with U.S. operations borrowed heavily from the U.S. Federal Reserve discount window, the primary program for providing cash to banks facing a liquidity squeeze.

At the time, these foreign lenders didn’t have to meet Fed capital rules to cover losses on American-based units provided their parent company was properly capitalized. They competed and borrowed in the U.S. —but didn’t have to play by the house rules. That game is up: On Nov. 28, Federal Reserve Governor Daniel Tarullo, who oversees bank supervision, announced plans to impose the same capital and liquidity rules on the U.S. operations of foreign lenders that apply to American institutions. Forcing lenders to dedicate capital to local subsidiaries in multiple countries could undermine the business rationale for global banks operating across all asset classes and national boundaries.

Financial regulation. Division of Banks Home Page. Global Banking Regulations and Banks in Canada. Last modified: 13 March 2015 Fast facts During the 2008 global financial crisis, unlike banks in many other countries, no Canadian banks were bailed out or in danger of failing. This crisis resulted in a series of significant regulatory changes for the international banking sector. The Regulation Of The Banking Industry Appears A Farce. Bank Secrecy Act. Bank regulation. Federal Banking Regulations: Up-to-date Bank Regulation Tools Written By Experts. Laws and Regulations. All Regulations. Extensions of Credit by Federal Reserve Banks Governs borrowing by depository institutions and others at the Federal Reserve discount window Regulation (GPO) | Recent amendments Proposed Amendments To amend the emergency lending authority of the Federal Reserve Banks (comments due March 7, 2014)Press release and notice.

Banking Law Research Guide. Banking Law - Guide to Bank Regulation Law - HG.org. What is Banking Law? If you can't PAY for anything Accept it "For Value" and DISCHARGE your DEBTS! Shemittah Loan Amnesty: Pruzbul - Questions and answers about the cancellation of debts on the Sabbatical year, and what we do about it - Shemittah. I understand that every seven years is a Sabbatical year, during which Israeli farmers give their fields a break and all debts are canceled. Loan Amnesty - Parshah Messages - Parsha.