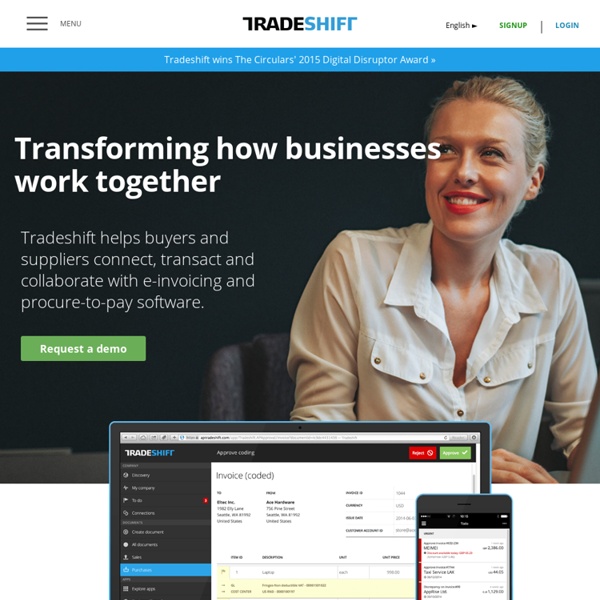 Examples Mailing List If you want to keep your users updated about the latest adventures regarding your company, product or service, use this mailing list form powered by Wufoo. You can then quickly embed the form into your web site so you can start building that valuable army of supporters. The Big Idea: Before You Make That Big Decision... The Idea in Brief When executives make big strategic bets, they typically depend on the judgment of their teams to a significant extent. The people recommending a course of action will have delved more deeply into the proposal than the executive has time to do. Inevitably, lapses in judgment creep into the recommending team’s decision-making process (because its members fell in love with a deal, say, or are making a faulty comparison to an earlier business case).

Entrepreneur Resource : A Collection of Resources Entrepreneurs are the key to building a solid economy in any nation. As we all know U.S. economy currently is facing some of the toughest times since the Great Depression. Honestly it doesn’t seem to get any better. The start of 2009 has been pretty shaky with thousands being laid off from their job already. These are tough times, no doubt about that. But these are also times when its time to step up and take a different route rather than giving up and finding yet another boss to work for. Liar, liar! Startup on fire! (Editor’s note: Serial entrepreneur Steve Blank is the author of Four Steps to the Epiphany. This story originally appeared on his blog.) There’s something about the combination of human nature (rationalization and self deception) and large hierarchical organizations (corporations, military, government, etc.) that actively conspire to hide failure and errors. Institutional cover-ups are so ingrained that we take them for granted.Yet for a startup, a cover-up culture is death. In a startup, founders and the board need to do exact the opposite of a large company – failures need to be shared, discussed and dissected to extract “lessons learned” so a new direction can be set. The first time I saw a corporate cover-up was as a new board member of a medium size public company.

63 of the Best Free Online Tools for Designers and Developers Designers and developers need all the advantages they can get in today’s competitive market. Whether you’re working for a Fortune 500 company, a hot new startup, or just freelancing for yourself, odds are that you use and need a variety of software. Not everyone can afford to spend exorbitant amounts of money on a tool they might only need once, so luckily, there are tons of free tools on the internet. The problem with free tools is that many of them are unreliable, and the good ones are hard to find…until now.

5 things you’re doing that are killing your culture (Editor’s note: Clate Mask is co-author of the New York Times bestseller Conquer the Chaos and CEO of Infusionsoft. He submitted this column to VentureBeat.) We’re kind of crazy about culture at my company. JumpBox Virtual Appliances and Applications for Cloud Computing Ruby on Rails is a framework that allows a web developer to rapidly design web applications which are capable of leveraging database back-ends with minimal effort. Written in Ruby, Rails prefers convention and simple patterns to facilitate rapid development rather than relying on a myriad of complex and intermingling configurations files. The result is a web framework that allows you to transition from idea to implementation in a fraction of the time it might have required with other web frameworks. Introduction

The hallmarks of a great boss There are plenty of bad bosses. There are fewer good ones. But it’s especially rare to find a great boss. Stanford professor and author Bob Sutton looks at the hallmarks and strategies of that rare breed in this Entrepreneur Thought Leader Lecture given at Stanford University. While traditional management theory indicates that monitoring employee monitoring and processes is the path to greatness, his own research shows just the opposite. Help Using the Pastie Bot The pastie bot can be found on freenode in #rubyonrails or #ruby-lang. Obtaining a paste URL is easy. send a public message to pastie (e.g. "pastie: hi!") Do you need a data scientist? How can big data and smart analytics tools ignite growth for your company? Find out at DataBeat, May 19-20 in San Francisco, from top data scientists, analysts, investors, and entrepreneurs. Register now and save $200! Some of the world’s biggest tech companies from Google to Facebook are data-driven, but few startup founders have any idea what a data scientist does, never mind whether they should hire one.

Sharing Widget, Sharing Button, Sharing Plugin - ShareThis Sharing Button Add CopyNShare to your ShareThis Widget. Check the box on Step 3 to start tracking your users' copy and paste shares. FAQs . If your site is not hosted on any of the blogging or CMS platforms listed above, please select 'Website'. How to actually get things done in virtual meetings Forget the company conference room. Coworkers no longer need to be in the same office space — let alone the same time zone — to hold a productive progress reports or brainstorming session. We asked nine young entrepreneurs about how they conduct virtual meetings between their startup teams, and actually get things done while doing so.