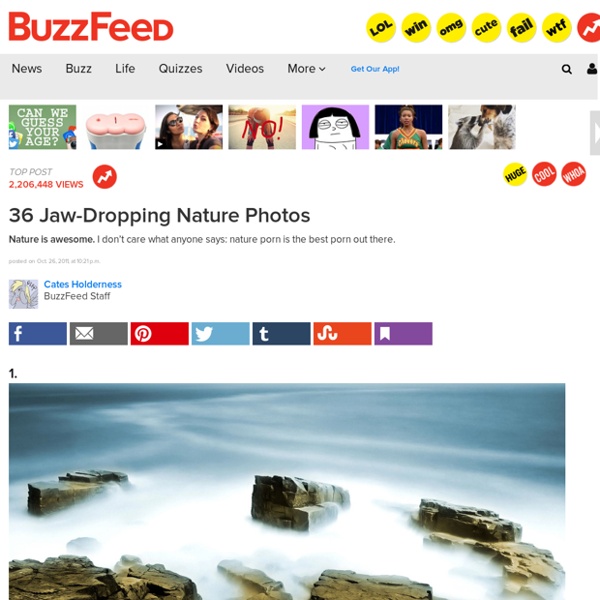 50 Life Secrets and Tips Memorize something everyday.Not only will this leave your brain sharp and your memory functioning, you will also have a huge library of quotes to bust out at any moment. Poetry, sayings and philosophies are your best options.Constantly try to reduce your attachment to possessions.Those who are heavy-set with material desires will have a lot of trouble when their things are taken away from them or lost. Possessions do end up owning you, not the other way around. A Rainbow Projected Across The World Anyone looking at the sky last week in Newtownards, Ireland would have seen a giant rainbow crossing the city horizon from Scrabo Tower. This phenomenon in the distance is the work of Yvette Mattern, a Puerto Rican-born, New-York-based artist who is taking the Global Rainbow around the world, aiming to stimulate social diversity by using it as an icon of hope. Mattern’s work consists of seven parallel laser beams representing the seven colors of the rainbow, and it was developed to be projected across large, open, densely populated areas. Mattern created the projection on January 19th, 2009 to celebrate Martin Luther King Jr. Day in New York, where it was projected from the top of a Wall Street building in lower Manhattan. Ever since, the project has travelled plenty, having been to Berlin, Toulouse, and Nantes.

Hungarian artist creates impossible-looking sculptures from pencils An artist’s eye always sees things, as humble as a pencil, in a much different way than the others. While pencil is a mere writing and drawing instrument for most of us, artists such as Dalton Ghetti use them to create wonderful pieces of complex art for the rest of us to admire. Another artist, specializing in miniature artworks, is a Budapest-based artist and sculptor known by the name of Cerkahegyzo.

Crystal River - The most beautiful river on earth [Pics] - StumbleUpon Cano Cristales - Crystal River. River of five colors, as the locals call it, originates in the south of the mountain chain Macarena, Colombia, and flows eastward to its confluence with the Guayabero river. In the Cano Cristales found five colors: yellow, blue, green, black and red. All of them are waste product of many algae and, depending on time of year, color saturation, or weakened or strengthened. Share on Tumblr The Complete Guide to Suits: 57 Rules of Style Blazer ($1,595), pants ($295), and shirt ($295) by Burberry Prorsum. Tie ($130) by Band of Outsiders. Pocket square ($65 for three) by Brooks Brothers. Rule #1 We've said it before and we'll say it again: Fit is everything. (See above.) Even the world's most expensive suit will look bad if it isn't tailored to the contours of your body.

Top 20 Earth Pictures found on Stumble Upon Everybody knows that Stumbleupon is an great source for beautiful photography, nature, pets, arts and much more. They have millions of users and they are probably the most wide used source for finding quality content. Today, we collected 20 popular photographs from Stumbleupon. Most of them have been seen for more than million times each. We hope you’ll enjoy… Photo Source 45 Perfectly Timed Photographs That Will Leave You Stunned Chance, position, timing, angles, lighting, and being in the right place at exactly the right moment make these photographs some of the most intriguing and mind-bending pictures of all-time. Explore the perfect timing of capturing lightning strikes on skyscrapers. The perfect timing of snapping a friend’s picture just as a bicycle crashes into a pole.

21 Most Beautiful Nature Photos On Stumbleupon These are the 21 most beautiful nature photos on Stumbleupon. Stumbleupon is big society where you can spend all your day and all you life with smile on your face. On that site you can find lots of things, like photos, animals, home stuff and many more, nature photos like these one below. These nature photos are really beautiful and very amazing and that is the proof just how much our Earth is beautiful place.