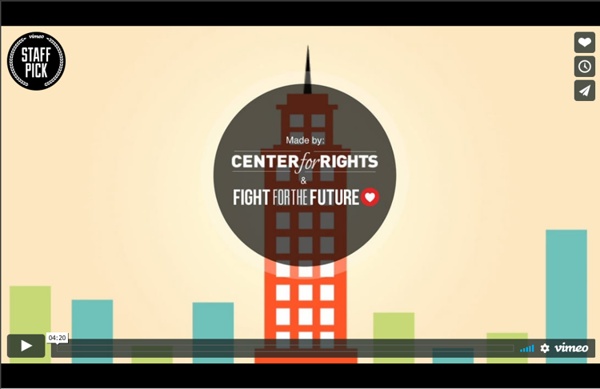 How to Explain Teaching Scientific Concepts & Problem Solving by Dr. Bitcoin: FBI Admits To Engaging In Infiltration, Disruption and Dismantling of Competing Currencies In a March 18, 2011 press release regarding the Liberty Dollar case, the FBI admitted to waging a secret war against any private currency system that competes against the US Dollar. In the press release, the FBI equates the use of sound money to an act of domestic terrorism. The FBI states that it uses methods of infiltration and disruption against private citizens engaged in the use of voluntary currencies. The FBI writes: “Attempts to undermine the legitimate currency of this country [ie. unconstitutional Federal Reserve notes] are simply a unique form of domestic terrorism,” U.S. Attorney Tompkins said in announcing the verdict.

Google chairman warns of censorship after Arab Spring 27 June 2011Last updated at 19:08 Google has already found itself at odds with some countries, such as China, over censorship The use of the web by Arab democracy movements could lead to some states cracking down harder on internet freedoms, Google's chairman says. PIPA support collapses, with 13 new Senators opposed Members of the Senate are rushing for the exits in the wake of the Internet's unprecedented protest of the Protect IP Act (PIPA). At least 13 members of the upper chamber announced their opposition on Wednesday. In a particularly severe blow for Hollywood, at least five of the newly-opposed Senators were previously co-sponsors of the Protect IP Act.

BENOIT MANDELBROT (1924-2010) THE FATHER OF LONG TAILS HANS ULRICH OBRIST: I wanted to ask you when your interest in science actually started, if one can localise the beginnings. BENOIT MANDELBROT: I had the fortune and the misfortune of being the nephew of a very well known mathematician. When I was thirteen, my uncle became professor at the Collège de France, and so I always knew that becoming a scientist was an option. Is Bitcoin the most dangerous open source project ever? Bitcoin "can be really dangerous to social news ecosystem" So you agree with the article, but you don't want people to talk too much about it on HN? I think it is a very weird position to hold. Rubio Withdraws Support For Controversial Internet Law Get Breaking News First Receive News, Politics, and Entertainment Headlines Each Morning. Sign Up Legislative Session Coverage MIAMI (CBSMiami) – On the same day that thousands of websites including Wikipedia and WordPress have gone dark to protest the Stop Online Piracy Act and Protect IP Act; Florida Senator Marco Rubio announced he was withdrawing his name and support for the bill.

Megaupload Drops Lawsuit Against Universal Music Over Viral Video (Exclusive) Getty Kanye West In the aftermath of the Justice Department's crackdown on Megaupload, the company has dropped its lawsuit against Universal Music Group over an allegedly unlawful takedown of a video showing many superstars endorsing the troubled file-sharing service. However, the lawsuit is not quite over just yet. On Friday, Megaupload's lawyers filed a notice in California federal court to dismiss the claims against UMG without prejudice, but also told the judge that that the claims against anonymous John Does who participated in the takedown of the viral video continues. Megaupload also wants to pursue further discovery in the case and is attempting to get Google to cooperate on this front by preserving records.

L019: Bitcoin P2P Currency: The Most Dangerous Project We've Ever Seen - Launch - Solid discussions of this piece on BoingBoing.net, Hacker News, Slashdot and Reddit. Rob Tercek has a follow up to this piece here. by Jason Calacanis and the LAUNCH team LEAKED: UK copyright lobby holds closed-door meetings with gov't to discuss national Web-censorship regime A group of UK copyright lobbyists held confidential, closed-door meetings with Ed Vaizey, Minister for Culture, Communications and Creative Industries to discuss a plan to allow industry groups to censor the Internet in the UK. The proposal has leaked, and it reveals a plan to establish "expert bodies" that would decide which websites British people were allowed to see, to be approved by a judge using a "streamlined" procedure. The procedure will allow for "swift" blocking in order to shut down streaming of live events.

A technical examination of SOPA and PROTECT IP As you have probably heard, there are two pieces of legislation currently pending that we, and others like us, believe seriously threaten the internet. I wanted to take some time to delve into the text of both of these bills, and outline their potential consequences as I am able to understand them. As you can imagine, this is a complex issue, and as a result this is going to be a complex post. I highly encourage you to set some time aside to read this thoroughly. Grab some caffeine, we are going to be here for a while.

Neural network gets an idea of number without counting - tech - 20 January 2012 AN ARTIFICIAL brain has taught itself to estimate the number of objects in an image without actually counting them, emulating abilities displayed by some animals including lions and fish, as well as humans. Because the model was not preprogrammed with numerical capabilities, the feat suggests that this skill emerges due to general learning processes rather than number-specific mechanisms. "It answers the question of how numerosity emerges without teaching anything about numbers in the first place," says Marco Zorzi at the University of Padua in Italy, who led the work. The finding may also help us to understand dyscalculia - where people find it nearly impossible to acquire basic number and arithmetic skills - and enhance robotics and computer vision.

TRON and OPTIMUS PRIME fight for the USERS. They will never break what evolution has already fueled. by beaubotprime Jan 19

Yeah, I have an interest in that too! by electronics Oct 27

I think it might have a larger impact now as the internet is much more complex now and there has been a large investment in social networking, alternative currencies, information sharing and creativity tools to name a few. by electronics Oct 27

This will affect a lot of websites : if it had been passed in 2004, Youtube wouldn't exist today... by amsika Oct 27

thanks for adding this one! I'll add it to my tree about online freedom. by pascalwicht Oct 27

Will this ultimately effect Bitcoin also! by electronics Oct 27