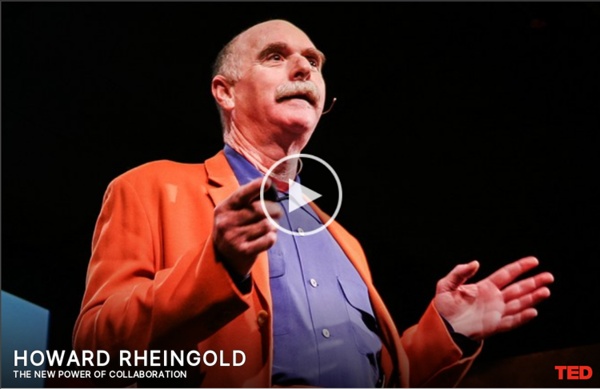 Robin Dunbar Professor Robin Ian MacDonald Dunbar (born 28 June 1947)[10][11] is a British anthropologist and evolutionary psychologist and a specialist in primate behaviour.[12][13][14][15][16][17][18][19][20][21] He is currently head of the Social and Evolutionary Neuroscience Research Group in the Department of Experimental Psychology at the University of Oxford and is best known for formulating Dunbar's number,[5] a measurement of the "cognitive limit to the number of individuals with whom any one person can maintain stable relationships".[22][23][24][25][26] Education[edit] He spent two years as a freelance science writer.[11] Academic career[edit] Dunbar's academic and research career includes the University of Bristol,[8] University of Cambridge from 1977 until 1982, and University College London from 1987 until 1994.

Teachers Training International – Helping you motivate, manage and engage your students One of the downsides of teaching is that in the process of educating our students about facts and figures we are also teaching our students how to think. For most teachers their initial response would be to not give this a second thought. However I wonder if this might be one of the greatest long term problems that education is facing right now. Watch the following two and a half minute talk clip and then I will explain my thoughts (the key thought happens at 2:26)

Rules of the Collaboratory Game If you’re a researcher studying schizophrenia, you can tap marvelous new tools such as functional magnetic resonance imaging and positron emission tomography. You can combine data from these devices for astonishingly powerful new views of how the brain works. What you can’t do is easily integrate data gathered by researchers outside your group. Enter the Biomedical Informatics Research Network, or BIRN. Funded by the National Institutes of Health, BIRN is a virtual collaboration project for biomedical big science. It aims to let a given research community share its instrumentation, data, software tools, and other resources over very high speed networks. Virtual Teams What is a team? One of the more accepted definitions comes from Kazenbach and Smith in Wisdom of Teams. A team is a small number of people with complementary skills who are committed to a common purpose, performance goals, and approach for which they hold themselves mutually accountable. Generally, teams have from two to twenty-five people. More than that, they tend to break into subteams.

TEDxNewWallStreet - 03/11/2012 TEDxNewWallStreet explores moving banking from the Industrial Age, into the Information Age. In 2009, Marc Andreessen remarked "banking is just information science." Inspired by Marc's words, Bruce Cahan and the Team set out to organize TEDxNewWallStreet to explore a banking system different than the Industrial Age system we inherited. What if Silicon Valley or other technology clusters grew New Wall Streets, on quite different terms than exist in New York? How would they spearhead technology in faster, cheaper, more transparent and accountable ways that contrast with the recent (and recurring) issues of the game as defined and played on old Wall Street? Symbiogenesis Symbiogenesis is the merging of two separate organisms to form a single new organism. The idea originated with Konstantin Mereschkowsky in his 1926 book Symbiogenesis and the Origin of Species, which proposed that chloroplasts originate from cyanobacteria captured by a protozoan.[1] Ivan Wallin also supported this concept in his book "Symbionticism and the Origins of Species". He suggested that bacteria might be the cause of the origin of species, and that species creation may occur through endosymbiosis.

Continuous Partial Attention What is continuous partial attention? Continuous partial attention describes how many of us use our attention today. It is different from multi-tasking. Internet Comments and Civility You’re reading a story on the web and your eyes accidentally drift down to the comments. Within moments, lost in a sea of atrocious behavior and even worse grammar, your view of humanity clicks down another few notches. It’s an experience so common it’s spawned a mantra: Don’t Read The Comments. But why should this be so? The web is also filled with examples of altruism, kindness, and generosity. Creative, intimate communities appear online often. Participatory organization A participatory organization is an organization which is built based on people participation rather than their contract obligations. Most current organizations are contract-based. Contracts define a functional structure that holds such an organization together by imposing mutual obligations on people. For example, an employee of a typical organization is obliged to perform a certain function in exchange for some previously agreed compensation. Once established the contract relationship is quite rigid and inflexible.

Chaîne de TEDxTalks‬‏ Musician Scott Mescudi, aka Kid Cudi, returns to his high school to talk about growing up and his career path in the music industry. Born Scott Ramon Seguro Mescudi in Cleveland, Kid Cudi began rapping while attending Shaker Heights High School and later Solon High School. In 2004, Kid Cudi moved to Brooklyn, NY to pursue his rap career. He released his first mixtape, “A Kid Named Cudi,” in 2008. The mixtape earned Kanye West’s attention, leading him to sign Cudi to his GOOD Music imprint. As an up-and-coming artist, Cudi contributed hooks and lyrics to songs by West and Jay-Z, including “Heartless,” “Paranoid” and “Already Home.”