Months Of The Year Song 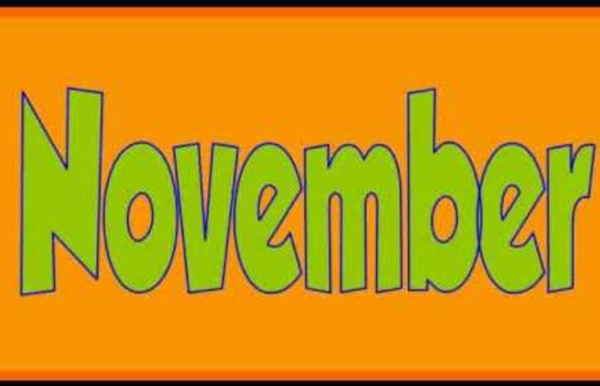 I wish I were… “I wish I were” and “I wish I was”: which of these is proper in English? Both are proper, they are not interchangeable, and each has a purpose. Luckily, the differences are simple. 5 Zinc Deficiency Symptoms You Need to Know You know about zinc, but do you know how important it is for your health? If not, you could be experiencing zinc deficiency symptoms while blaming them on family stress, lack of sleep, or a tough day at the office. According to a new study in the journal Comprehensive Reviews in Food Science and Food Safety, zinc is one of the most important essential trace metals in human nutrition and lifestyle – yet, almost half of the world’s population is at risk for inadequate zinc intake. We tend to overlook it because of how little our body actually contains (only about two to three grams), but because of how vital it is to our bod, even the mildest shortage can lead to zinc deficiency symptoms. Here are a few hints your body might be giving you to stock up: 1.

Difference Between As and Like As vs Like As and Like are two words that are often confused due to the striking similarity in their usage and meanings, without paying any attention to the difference between the two words. Most of us are used to substituting one for the other as if there is no difference. The confusion mainly arises when they are used in comparisons. But, in fact, they are used in comparisons with a difference, which will be discussed later on in this article. What does As mean?

Tmz Liberia Magazine: Was Harry Greaves murdered? A forensic look at Body of Harry Greaves As the United Nation mission draws down in Liberia, the safety and security of individual citizens should be a cause of grave concern to law enforcement authorities. Over the last eight years, several eminent individuals in Liberia have either been murdered, or died under unusual circumstances. Given the sparse occurrences of these tragic incidences, most of the high-profile deaths in Liberia have gone unnoticed. Interestingly, these rare tragic passing occurred under the leadership of Africa’s first female president, Ellen Johnson Sirleaf. The latest high-profile death of the former managing director of the Liberia Petroleum Refining Company (LPRC), Henry Greaves, shocked the consciousness of the nation. According to the Front Page Africa news, at about 6:30am, on January 31, 2016, the body of Mr.

Comparative Adjectives English Lesson In English, adjectives are used to describe things. We use comparative adjectives to compare and contrast things that we want to describe. There is a system for creating comparative adjectives. Using this system will help you write and speak more clearly, and will make you a better English speaker! One Syllable Comparative Adjectives TLC Africa Mr. Albert Q. W. Kemoh The Kemoh, Barchue, Greaves, Summerville, Reeves and Woods families announce with deep regrets the death of Mr.