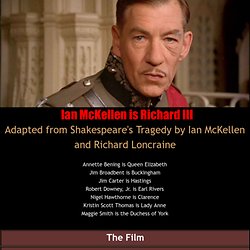 YouTube - Al Pacino - Looking For Richard (1996) part2. Symbolism of Heraldry. Symbolisms of Heraldry Meanings of the symbols found in heraldry and on coats of arms. 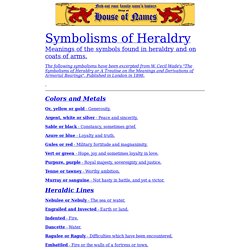 The following symbolisms have been excerpted from W. Cecil Wade's "The Symbolisms of Heraldry or A Treatise on the Meanings and Derivations of Armorial Bearings". Published in London in 1898. Colors and Metals Or, yellow or gold - Generosity. Argent, white or silver - Peace and sincerity. Sable or black - Constancy, sometimes grief. Azure or blue - Loyalty and truth. Gules or red - Military fortitude and magnanimity. Vert or green - Hope, joy and sometimes loyalty in love. Purpure, purple - Royal majesty, sovereignty and justice. Tenne or tawney - Worthy ambition. Murray or sanguine - Not hasty in battle, and yet a victor. 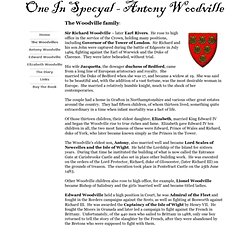 He rose to high office in the service of the Crown, holding many positions, including Governor of the Tower of London. Sir Richard and his son John were captured during the battle of Edgecote in July 1469, fighting against the Earl of Warwick and the Duke of Clarence. They were later beheaded, without trial. His wife Jacquetta, the dowager duchess of Bedford, came from a long line of European aristocracy and royalty. The couple had a home in Grafton in Northamptonshire and various other great estates around the country. Of those thirteen children, their eldest daughter, Elizabeth, married King Edward IV and began the Woodville rise to true riches and fame. The Woodville's eldest son, Antony, also married well and became Lord Scales of Newcelles and the Isle of Wight. Richard III: A Virtual Dramaturgical Casebook: Words I Love and Terms You Should Know in "Richard III" Richard III: List of Scenes. You can buy the Arden text of this play from the Amazon.com online bookstore: King Richard III (Arden Shakespeare: Second Series) Entire play in one page Act 1, Scene 1: London. 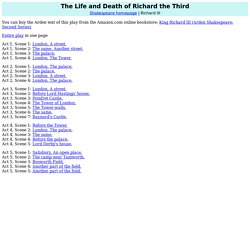 Princes In The Tower

Richard III- The Film. In the turbulent 1930s, the Civil War ends with the assassination of the king. 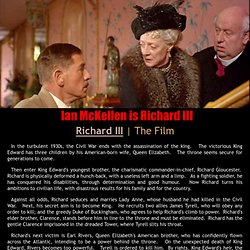 The victorious King Edward has three children by his American-born wife, Queen Elizabeth. The throne seems secure for generations to come. Then enter King Edward's youngest brother, the charismatic commander-in-chief, Richard Gloucester. Richard is physically deformed a hunch-back, with a useless left arm and a limp. As a fighting soldier, he has conquered his disabilities, through determination and good humour. Against all odds, Richard seduces and marries Lady Anne, whose husband he had killed in the Civil War. Richard's next victim is Earl Rivers, Queen Elizabeth's American brother, who has confidently flown across the Atlantic, intending to be a power behind the throne.

With the execution of the Prime Minister Hastings, a reign of terror begins. A fighting soldier once more, Richard prepares to meet the enemy forces. Ian McKellen reprises his award-winning stage performance in the title role.