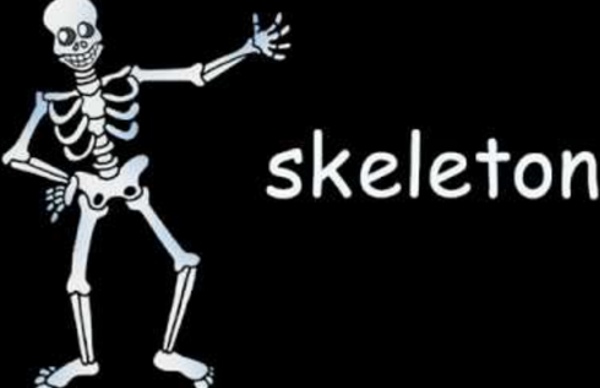 Hallowe'en Scene 1 Stephen: OK, just the mouth to go and there we go. Wow! What do you think? Looks like Ashlie. Ashlie: Stephen, can you give me a hand here, please? Stephen: It’s Hallowe'en this weekend and we’re getting ready for a big party. Ashlie: We’ll be dressing up and having fun with all the Hallowe'en traditions. Stephen: And that means we’ve got lots of work to do, starting with these apples and pumpkins. Ashlie: Yes, but before that we need to get our costumes. Ashlie: So, come on then, Stephen, let’s take a look at you. Stephen: Well, what do you think? Ashlie: Very nice. Stephen: Yeah, I’ve been thinking about that. Ashlie: I think it may be a little harder than you think. Stephen: I’m a natural. Ashlie: Err, are you sure you have enough there? Stephen: I think so. Ashlie: So, do you think he’ll be able to do any of these tricks? Man: Well, it does require a lot of practice. Ashlie: Oh dear. Man: It takes a lifetime to be good magician. Ashlie: Hear that, Stephen? Stephen: What? Ashlie: Err, OK.

word cloud « allatc Could this be the best marriage proposal ever? Featuring the world’s first live lip-dub proposal, this video has gone viral with millions of views since it was uploaded less than a month ago. Students start the lesson with a vocabulary and writing activity using a word cloud made up of the lyrics to Marry You before listening to the song Bingo-style. Click here for the Teacher’s Notes. “Gritting my toothless gums in seething RAGE is what keeps my skin taut.” “That’s what really annoys me about Twitter. “In the grand World Cup of life, I am of course in the group of death”. These are just a few of the things Granny O’Grimm has to say on her Twitter page . In this lesson, students talk about some traditional fairy tales before watching the Oscar-nominated Granny O’Grimm’s Sleeping Beauty. Click here for detailed Teacher’s Notes For more about Granny O’Grimm, see her website . This is a summary of the #eltchat which took place on Wednesday 28 March at 9pm (GMT) New to ELTchat? Before viewing

Haunted London – 10 London Ghosts and the Places They Purportedly Haunt As the sun sets over London, its citizens aren’t the only ones who come out to liven up the streets. Many former Londoners who’ve shuffled off this mortal coil return to the city, haunting the places they knew in life. A city as old as this one certainly has its share of ghosts and they inhabit all areas of the sprawling metropolis, from the lowliest pubs to the palaces of royalty. Unknown Ghost, Heathrow Airport If you’re flying into the airport and think you see something hovering above Runway One, your eyes may not be deceiving you. William Terriss, The Adelphi Theatre Plenty of actors wish they wouldn’t have to leave the stage, and some in London never do. Father Benedictus, Westminster Abbey In Westminster Abbey, the ghost of a former priest dubbed “Father Benedictus” tends to float above the cloisters around 5-6 p.m. Edward V and Richard, Duke of York, The Tower of London Mr. 50 Berkeley Square is perhaps the most haunted house in London, but Mr. Limping Butler, BBC Broadcasting House

Vampires: Folklore, fantasy and fact - Michael Molina Music in this lesson is from Purple Planet. The tradition of breaking vampire rules.Here's a really interesting study that shows how the vampire legend emerged out of a fear of disease.Online version of The Encyclopedia of Vampire Mythology by Theresa Bane.Do vampires keep you up at night? Well, it may not be vampires at all. Imagine you’re fast asleep and then suddenly awake. Preposition Rule There is one very simple rule about prepositions. And, unlike most rules, this rule has no exceptions. Rule A preposition is followed by a "noun". By "noun" we include: noun (dog, money, love)proper noun (name) (Bangkok, Mary)pronoun (you, him, us)noun group (my first job)gerund (swimming) A preposition cannot be followed by a verb. Quick Quiz: In the following sentences, why is "to" followed by a verb? I would like to go now.She used to smoke. Here are some examples: Answer to Quick Quiz: In these sentences, "to" is not a preposition. For a full list of 150 prepositions, including one-word and complex prepositions, with 370 example sentences, download the free EnglishClub e-book English Prepositions Listed.

Festivals webquest: Halloween history and traditions By Luke Vyner This spooky webquest includes activities on popular Halloween traditions, global celebrations and terrifying tales. To download the printable student worksheet and teacher’s notes, please click on the links to the right of the screen. Warmer What do you know about Halloween? Activity 1: Halloween’s history Visit and read the first section entitled Ancient origins of Halloween. Where is the celebration of Halloween thought to have come from? Discussion Are you surprised by the history of Halloween? Activity 2: Popular Halloween traditions Jack-o’-lantern Read the introductory paragraph at and describe the Jack-o’-lantern tradition to your partner. The Jack-o’-lantern tradition originated from which Irish myth? Apple-bobbing Read the first paragraph of this website link about the rules of apple-bobbing: How do you play the game?

Comparative Adjectives English Lesson | Kaplan English Blog In English, adjectives are used to describe things. We use comparative adjectives to compare and contrast things that we want to describe. There is a system for creating comparative adjectives. Using this system will help you write and speak more clearly, and will make you a better English speaker! One Syllable Comparative Adjectives Add ‘-er’ to end of an adjectiveExamples: tall/taller; smart/smarter If the word ends in ‘e’, just add an ‘r’ Examples: late/later; large/larger If the word is one-syllable, ends in a single consonant and has a single vowel before it, double the last consonant and add ‘er’Examples: big/bigger; hot/hotter; thin/thinner; Two, Three or More Syllable Comparative Adjectives For most two-syllable adjectives, add “more” before the adjective to form the comparative.Examples: careful/more careful; prepared/more prepared; If the word ends in ‘y’, remove it and add ‘ier’Examples: angry/angrier; shiny/shinier Exceptions Of course, with any rule in English, there are exceptions.

Mobile This Halloween worksheet contains the "This is Halloween" song from Tim Burton's The Nightmare Before Christmas movie with (mostly) Halloween related words omitted. The students are supposed to listen to the song and fill in the blanks. The song can easily be found on Youtube (3:30).