To This Day Project - Shane Koyczan 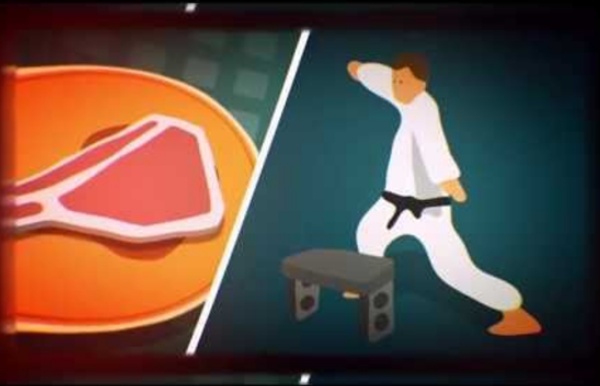 Teaching Screenagers:Too Dumb for Complex Texts? Back in September 2008, some 3 million people in the United States became college freshmen—the largest cohort ever. But the weeks before school started brought a setback. The students took a placement test, and many found that they probably wouldn't be able to handle the work to come. Google Lit Trips for Young Readers Where in the world will our youngest readers travel as they discover the world of books! Reading About Reading Kind Words Site Map

Giving teens a second chance On Sept. 9, 2013, after enduring years of horrific cyberbullying at the hands of her Lakeland, Fla., classmates, 12-year-old Rebecca Sedwick climbed to the top of a water tower and leapt to her death. Hundreds of miles away, in Naperville, Ill., 13-year-old Trisha Prabhu read about Sedwick’s suicide with a mixture of anguish and outrage. “I thought to myself, how can a girl a year younger than I am be pushed to this point? I decided that I couldn’t be a bystander anymore,” said Prabhu, now a Harvard freshman. “Because cyberbullying is an issue that affects teenagers so much, I felt that a teenager should be the one to spearhead some of the next big work on how to tackle it. Common Core: Reading, Understanding & Analyzing Complex Texts *ISTE Workshop: Transitioning to the Common Core with Google Apps – Join me! In my previous post “Common Core: What is a ‘complex text’ anyway?” I wrote about the three aspects of a text that the Common Core measures to determine its “complexity,” which include: 1) quantitative, 2) qualitative, 3) reader and task. Hopefully, that post helped to clarify how we as educators can evaluate the complexity of a text we are using with our students. This blog will focus on ways we can support students in reading, understanding and analyzing those texts.

Banned Books Week: Here are the 11 most challenged books last year In 2018, at least 347 challenges were filed seeking to remove 483 books from libraries or schools, according to a recent news release from the American Library Association (ALA), a sponsor of Banned Books Week, which runs September 22-28. The annual event started in 1982, the same year the Supreme Court ruled that students' First Amendment rights were violated when Kurt Vonnegut's "Slaughterhouse-Five" and eight other books were removed from school libraries. Since then, books such as the "Harry Potter" series and "The Adventures of Captain Underpants" have made the list. Despite the legal precedent, schools and libraries still receive formal challenges to remove books from library shelves or nix them from reading lists to protect children from material some people see as inappropriate.

The Oxford Dictionary of Reference and Allusion Oxford Reference Allusions form a colourful extension to the English language, drawing on our collective knowledge of literature, mythology, and the Bible to give us a literary shorthand for describing people, places, and events. So a cunning crook is an Artful Dodger, a daydreamer is like Billy Liar, a powerful woman is a modern-day Amazon. This absorbing and accessible A-Z explains the meanings of allusions in modern English. Fascinating to browse through, the book is based on an extensive reading programme that has identified the most commonly-used allusions. Editable PowerPoint Newspapers PowerPoint Template Views 925,852 Filed under Educational , Editor's pick, english, newspaper, resource, school We have just updated our popular editable PowerPoint newspapers.

Trump speaks at level of 8-year-old, new analysis finds Donald Trump may call himself a genius on Twitter, but his spoken statements say otherwise. An analysis of the President's first 30,000 words uttered in office found Mr Trump speaks at a third- to seventh-grade reading level – lower than any other President since 1929. Mr Trump’s vocabulary and grammatical structure is “significantly more simple, and less diverse” than any President since Herbert Hoover, the analysis found. The comparison is based on interviews, speeches and press conferences for every president dating back to 1929, compiled by online database Factba.se. Analysts at Factba.se studied the “off-script” remarks of all 15 men – essentially, everything but their prepared speeches – to compare and contrast their speaking skills. Download the new Indpendent Premium app

Death Death was at the centre of life in the Middle Ages in a way that might seem shocking to us today. With high rates of infant mortality, disease, famine, the constant presence of war, and the inability of medicine to deal with common injuries, death was a brutal part of most people's everyday experience. As a result, attitudes towards life were very much shaped by beliefs about death: indeed, according to Christian tradition, the very purpose of life was to prepare for the afterlife by avoiding sin, performing good works, taking part in the sacraments, and keeping to the teachings of the church. Time was measured out in saint's days, which commemorated the days on which the holiest men and women had died. Easter, the holiest feast day in the Christian calendar, celebrated the resurrection of Christ from the dead.

Connect Fours - Quiz Template from ClassTools.net You will see a wall of 16 clues. You need to group them into 4 rows of 4 connected items. Simply click four cards to identify a group. You score 1 point for each group found within 2.5 minutes. You have unlimited guesses for the first two groups. Trump's “77-Word” Vocabulary Makes Him Smarter Than We Realize There’s not much variety to the words President Donald Trump spits out, but we know which ones are his: To Americans, words like “loser”, “sad”, and “stupid” have become ubiquitous with Trump in 2017. This is likely what led the writer Phillip Roth to angrily call out Trump’s “77-word” vocabulary in the most recent issue of The New Yorker. Roth’s assessment of Trump’s small vocabulary size may be correct, but we should be careful not to assume it means that the President is dumb. Roth would disagree. In his fiery statement, he said: I found much that was alarming about being a citizen during the tenures of Richard Nixon and George W.

A Summary and Analysis of the ‘Rumpelstiltskin’ Fairy Tale A curious introduction to a classic fairy story How old do you think the story of Rumpelstiltskin is? It was famously included in the 1812 volume Children’s and Household Tales by the Brothers Grimm (a book that’s better known as Grimms’ Fairy Tales), but many of the tales written down by the German siblings were of a considerable vintage by then. The surprising thing is that the story of Rumpelstiltskin – albeit under a different name – is thought to be some 4,000 years old. To put that in perspective, that’s over a thousand years before Homer, and roughly contemporaneous with the earliest surviving versions of the tales that comprise the Epic of Gilgamesh, widely regarded as the oldest epic. Rumpelstiltskin, it turns out, is one of the earliest known narratives in Western literature.

Orwell Got it Right: How Language Manipulates and Controls George Orwell’s book Nineteen Eighty-Four had an incredible impact when it was first published back in 1949, and continues to be one of the few novels which has cultural bearing regardless of what decade you read it in. Most people probably recall two very memorable features of Nineteen Eighty-Four. The first one, undoubtedly, is the mantra of Big Brother and his ever watchful eye.