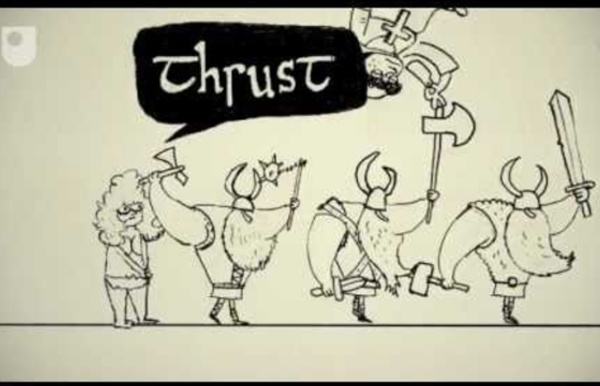 Teaching Ideas Join our email newsletter to receive free updates! Close Search for Ideas and Resources Filter Results Menu The Olympics History of English The figure below shows the timeline of the history of the English language. The earliest known residents of the British Isles were the Celts, who spoke Celtic languages—a separate branch of the Indo-European language family tree. Over the centuries the British Isles were invaded and conquered by various peoples, who brought their languages and customs with them as they settled in their new lives.

English Language Explore. Watch, listen, debate & discover with our experts Free OpenLearn courses. Free extracts from OU course materials School Start and Planning – WebEnglish.se WebEnglish.se School Start Pages have been updated. The following School Start materials in WebEnglish.se are there to ease your workload:1 School Start 1-6 and School Start 7-9 will help your new classes to get acquainted, inspire the students to believe in themselves and teach them to be good language learners.2 Planning Page presents a thematic view on planning based on WebEnglish.se themes and gives you printable and editable templates to use when planning together with your students and/or colleagues.3 My Book About Me gives ideas to start the term with young beginners, year 1-3. For more new materials, see Updates

Language Timeline The English language is a vast flea market of words, handed down, borrowed or created over more than 2000 years. And it is still expanding, changing and trading. Our language is not purely English at all - it is a ragbag of diverse words that have come to our island from all around the world. Words enter the language in all sorts of ways: with invaders, migrants, tradesmen; in stories, artworks, technologies and scientific concepts; with those who hold power, and those who try to overthrow the powerful. View the chart below to get an overview of some of the many chapters in the history of the English language.

SECRETS OF THE DEAD . The Witches Curse The trouble in Salem began during the cold, dark Massachusetts winter, in January of 1692. Eight young girls began to take ill, begining with 9-year-old Elizabeth Parris, the daughter of Reverend Samuel Parris, and his niece, 11-year-old Abigail Williams. But theirs was a strange sickness: the girls suffered from delirium, violent convulsions, incomprehensible speech, trance-like states, and odd skin sensations. Etymology: Languages that have contributed to English vocabulary over time. In Borrowed Words: A History of Loanwords in English, I examine how words borrowed from different languages have influenced English throughout its history. The above feature summarizes some of the main data from the book, focusing on the 14 sources that have given the most words to English, as reflected by the new and revised entries in the Oxford English Dictionary. Using the date buttons at the top of the graphic, you can compare the impact that different languages have made on English over time. In the "per period" view, you can see the proportions of words coming into English from each source in 50-year slices from 1150 up to the present day. Compare, for instance, how the input from German has grown and then declined again from 1800 to the present day. (The earliest period, pre-1150, is much longer than 50 years, because more precise dating of words from this early stage in the history of English is very problematic.)

Quackin' Rhythms Overview Help! Having trouble with a level, or want to return to the place you left? On the title screen, type "UNLOCK" to pull up the level select screen. Themes 7-9 – WebEnglish.se King Arthur: Legend of the Sword Now that 'King Arthur: Legend of the Sword' is hitting the cinemas around the world, WebEnglish.se presents a new Theme Page of King Arthur with all the usual ingredients for lower intermediate and intermediate level students, i.e. year 5-9 in Swedish Compulsory Schools. The theme page is created around a downloadable… Do you speak Uglish? How English has evolved in Uganda Please don’t dirten my shirt with your muddy hands. Stop cowardising and go and see that girl. Don’t just beep her again, bench her. Typos? No, we’re speaking Uglish (pronounced you-glish), a Ugandan form of English influenced by Luganda and other local dialects, which has produced hundreds of words with their own unique meanings.

Discovering Sherlock Holmes - A Community Reading Project From Stanford... In 1891, Sherlock Holmes was a character very much of his time and place, who appealed to British readers directly by confronting the messy, changeable world they lived in. Rather than dwelling in romance or in an idealized past, as many of Arthur Conan Doyle's other characters did, Holmes was grounded squarely in Victorian London. The Sherlock Holmes mystery stories, written over a forty-year span from 1887 to 1927, represented the good, the bad, and the ugly of Victorian society: its ideals, its accomplishments, and its deepest fears. Arthur Conan Doyle's birth year, 1859, fell 22 years into Queen Victoria's 64-year reign, a time of unparalleled growth and optimism for the British Empire. Resources and labor taken from colonies worldwide had made England prosper, and the time of serious independence struggles lay in the distant future. Since 1844, the government had struggled with various solutions to the sewage problem.