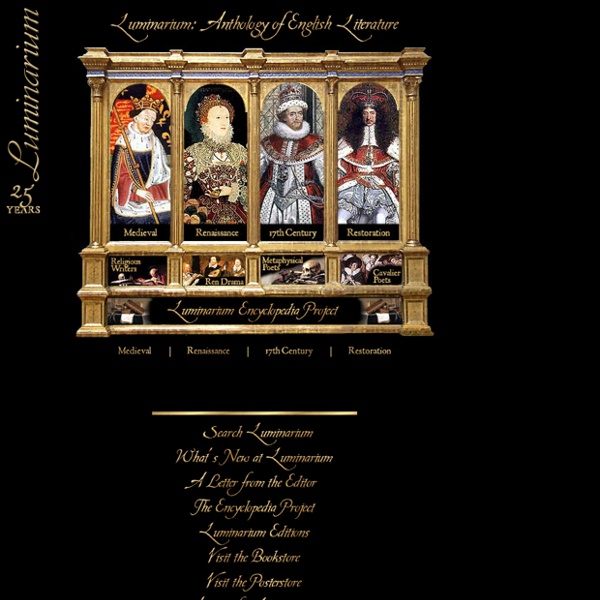 short stories A game of Scrabble has serious consequences. - Length: 4 pages - Age Rating: PG - Genre: Crime, Humor 5 Amazing Libraries You Didn't Know You Had Access To Suz Massen, Chief of Public Services at the Frick Art Reference Library was gracious enough to come in and speak to my Intro to Reference class at Pratt Institute this week and I was surprised and excited to find out that the Frick Library is freely available to the public! This got me wondering what other great libraries are out there which I thought were closed and private that actually allow the general public access without having to apply as a researcher. Here are five amazing libraries you might not realize you have access to: 1.) The Library of Congress The Main Reading Room in the Library of Congress includes a collection of over 66, 000 volumes, their Computer Catalogue Center, and access to over 800 databases, around 600 of which can only be used on-site at the library.

English Literature terms, Glossary of Literary Terminology from Literature-Study-Online & Bookshop Abstract Expressionism A form of art in which the artist expresses himself purely through the use of form and colour. It is non-representational, or non-objective, art, which means that there are no concrete objects represented. It was one of the first purely American art movements and is usually associated with New York in the 1940s - ‘60s. In terms of art history, the movement can be broadly divided into two groups: action painters such as Jackson Pollock and Willem de Kooning who put the focus on the physical action involved in painting, and colour field painters such as Kenneth Noland and Mark Rothko who were primarily concerned with exploring the effect of pure colour on a canvas. Abstract Expressionism is closely linked to several literary movements, particularly Imagism and Postmodernism.

Collection Connections - Literature and Poetry - Themed Resources Historical context and ideas for integrating individual digital collections of primary sources into instruction. American Life Histories: Manuscripts from the Federal Writers' Project, 1936-1940 (Summary and Teaching Resources) The life histories, in combination with fictional novels, can engage students in the study of themes such as loss of innocence, consequences of failure, or corruption and its consequences. American Women: A Gateway to Library of Congress Resources for the Study of Women's History and Culture in the United States (Summary Only) Search this collection using the terms "author", "poet" or "literature".

Kaleidocsope Painter Click this button to download the painting into your computer as a standard image (png) file. The file can then be opened in an image editing program such as Paint or Adobe Photoshop. (If you can't open the file, please append ".png" to the filename.) If this feature doesn't work for you, please make sure that you're using the latest browser (Chrome, Firefox, Internet Explorer or Safari). KS2 Literacy Different types of words can be used to make your writing more interesting and easier to read. You need to know when to use them and how to spot them. In writing, words are grouped together into phrases, sentences, clauses and paragraphs. Linking these building blocks together in the right way makes your writing easy to understand and interesting to read. Use your commenting skills to identify what's wrong with these pieces of writing. When you are writing non-fiction it's important to use a style of writing that fits the subject.Use your knowledge of non-fiction writing to group the correct titles, text and pictures together.

The Educator's Guide to Copyright and Fair Use A five-part series When it comes to copyright law and the application of fair use exceptions, ignorance is definitely not bliss! Learn how to educate yourselves and your students and avoid making a costly mistake! You really did plan to find time over the summer to familiarize yourself with the latest information on copyright law. Portraits of Dogs as They Shake Off Water For her series “Shake“, pet photographer Carli Davidson photographed curious portraits of dogs shaking off water. Use a fast shutter speed and you can capture all kinds of strange expressions on your dog’s face. You can find the rest of the photographs in the series here. Shake (via Photojojo)