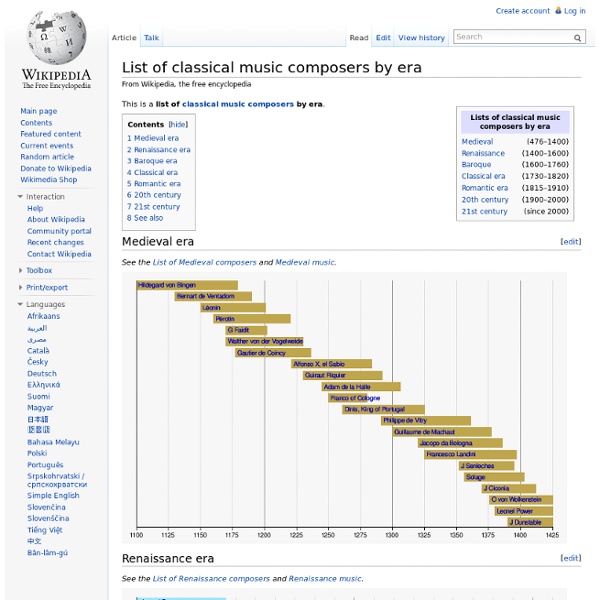 'Ob-La-Di, Ob-La-Da': Beatles Plagiarism Controversy “Ob-La-Di, Ob-La-Da” by the Beatles has divided fans and critics alike since it was first released in 1968. Some listeners feel that the song is a fun foray into Jamaican music. Others feel that it’s one of the kitschiest songs that the Beatles ever wrote. the Gloves Dr Adam Stark is the co-founder of the interactive arts technology studio Codasign and a post-doctoral researcher at the Centre for Digital Music at Queen Mary University of London. He is interested in developing new ways to create music through interactive technology. In particular, he wants to make electronic music performative and engaging to watch on stage, working with artists and musicians to integrate interactive technologies into their shows and installations. He has been interested in music since childhood, growing up playing in bands in and around London.

wireless midi triggering To use Google Groups Discussions, please enable JavaScript in your browser settings, and then refresh this page. MoreEven more from Google Sign in Groups Siegfried review – Jurowski showcases Wagner with wonder and excitement The London Philharmonic’s Ring with Vladimir Jurowski goes, it would seem, from strength to strength. Presenting one opera a year, they have now reached Siegfried, though when Götterdämmerung is added in 2021 it will form part of two performances of the complete cycle. So far, the bar has beeen raised with each instalment, conductor and orchestra becoming more fully immersed in each successive work. Though, as with the previous operas, there are occasional vocal inequalities, much of this can only be described as a thing of wonder, generating a fierce excitement that on occasion took my breath away.

String orchestra: sound reinforcement Hi there, A few days ago I had the chance to listen to a string orchestra playing outdoors in a sort of small square. I have done a few gigs before like this and in this case not doing the gig learnt quite a bit about the problems that I have had before when being the person in charge of doing the job. The point is that the same problems occurred in this occasion and that the PA technician who did the job (a better professional than myself, presumably) didn't sort out these problems or didn't even hear them. Maybe there is someone here who can give me some tips about how to solve these problems.

en.m.wikipedia Background music refers to a mode of musical performance in which the music is not intended to be a primary focus of potential listeners, but its content, character, and volume level are deliberately chosen to affect behavioral and emotional responses in humans such a concentration, relaxation, distraction, and excitement. Listeners are uniquely subject to background music with no control over its volume and content. The range of responses created are of great variety, and even opposite, depending on numerous factors such as, setting, culture, audience, and even time of day. Background music is commonly played where there is no audience at all, such as empty hallways and restrooms and fitting rooms. It is also used in artificial space, such as music played while on hold during a telephone call, and virtual space, as in the ambient sounds or thematic music in massively multiplayer online role-playing games. Types[edit]

Wireless Workbench 6 Desktop Wireless Control App Wireless Workbench Learning Resources WWB6 is compatible with the Shure Axient® Wireless Management Network, UHF-R® Wireless Systems, ULX-D® Digital Wireless Systems, QLX-D™ Digital Wireless Systems, and PSM® 1000 Personal Monitoring Systems. In dialogue with Mozart: composer's violin brought back to life When he first dared ask the keepers of Wolfgang Amadeus Mozart’s violin if he might be allowed to try it out, Christoph Koncz had no idea where the question would lead. “Astonishingly they left me alone with it in a room in his birth house and closed the door. I played it non-stop for several hours,” the musician said.

Sennheiser - Headphones & Headsets - Microphones - Integrated Systems New Version 4.2 Sennheiser's Wireless Systems Manager is a professional software solution for remotely monitoring and controlling wireless systems. Its intelligent features make the WSM the ideal choice for TV studios, live events, as well as musical productions. Wireless Systems Manager 4.2 for Mac and Windows assists users in setting up and coordinating the frequencies of wireless microphones and personal monitors by having the most important parameters handily displayed on a single screen. Features:Available for Mac and Windowsoffline setup without device is possibleclarity via groupable scenesparallel access of up to 6 computer workstationssecurity due to spectrum analyzercompatible with series from evolution wireless G3 or higher Highlights of the Wireless Systems Manager:

Musical Moment: Listen to TSO bassoonists Samuel Banks and Darren Hicks play ‘Figaro’s Aria’ in a Toronto deli TSO bassoon section pals Samuel Banks and Darren Hicks, the associate principal, decided an Italian bakery would be a great place to play their amusing version of “Largo al factotum” — better known as “Figaro’s Aria” — from Gioachino Rossini’s opera “The Barber of Seville.” There was no better location than Tre Mari Bakery & Deli on St. Clair Ave. West, which opened its doors for our intrepid bassoonists. With this unique setting, surrounded by fresh meat and sweet treats, the two friends happily play the piece of iconic music together.

5 Series - XTA It’s a long list to cover, but for those who have never used a 4 Series unit, there is a formidable array of tools available to cater for your creative as well as your control/corrective needs. There are two 5 Series units available: DP548 – 4 inputs – 8 outputs DP544 – 4 inputs – 4 outputs It's 250 years since Beethoven's birth... and his home city of Bonn is tuning up Roll over Beethoven: It’s 250 years since the great composer’s birth... and his home city is tuning up The Daily Mail's Mal Rogers visited the Rhineland city of Bonn where Ludwig van Beethoven was born The composer's former house is now the Beethoven-Haus Museum - his last grand piano is displayed thereFor authentic Beethoven nosh, stroll down to The Em Hottche at Markt 4, one of Bonn’s oldest restaurants By Mal Rogers For The Daily Mail Published: 11:16 EDT, 17 October 2020 | Updated: 05:33 EDT, 19 October 2020