Objects in the sky 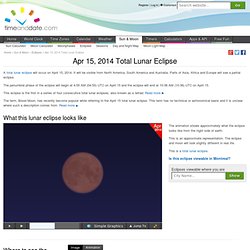 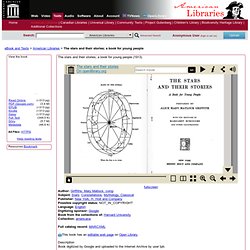 Space Lapbook. DIY Constellation Flashlight. Planetarium - Interactive star map and virtual sky. Solar Eclipse Experiment and Burning Chocolate! We are continuing our Astronomy lessons using Apologia text and we are enjoying learning so much about our amazing solar system! 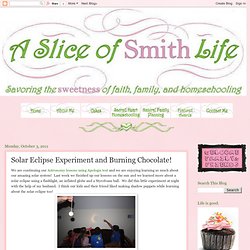 Last week we finished up our lessons on the sun and we learned more about a solar eclipse using a flashlight, an inflated globe and a Styrofoam ball. We did this little experiment at night with the help of my husband. I think our kids and their friend liked making shadow puppets while learning about the solar eclipse too! A cute book that I read to my children about the solar eclipse is this one, Someone is Eating the Sun. The main character, Hen, tells all her animal friends that the sky is getting darker because someone has taken a bite out of the sun. After it rained for a week straight not too long ago, we saw some sun peek out of the clouds so we raced outside to our driveway to use a magnifying glass to focus heat.

Sun, Light & Shadows. Science Notebooking. Here is a technology project that I did with a fourth grade science class at the end of their weather unit. 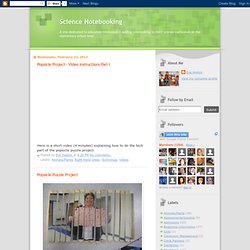 This was my sample project I showed children. I had done a project similar to it at the end of last year and wrote about it HERE. I had actually helped a teacher do this paper piece project in Social Studies (they were researching explorers) so I felt pretty confident introducing it in science (we had worked out the kinks and problems in the social studies class :) The project took four days. Www.images-press.com/_files/letsDoIt_moonbeams.pdf. Paper Plates: Moon Phases. Step 1. 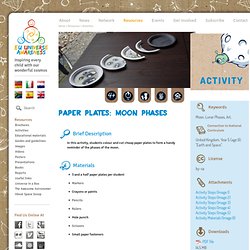 Moon Phases. While teaching my students about moon phases an idea came up. 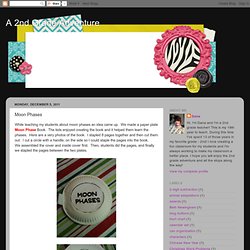 We made a paper plate Moon Phase Book. The kids enjoyed creating the book and it helped them learn the phases. Paper Moons I. Science for Kids: Aerospace Education - Smile  Play  Learn. Why Science? From a very early age, children interact with their environment, ask questions, and seek ways to answer those questions. Fostering children's scientific inquiry is a powerful way of nurturing their curiosity and helping them understand the natural world. However, science literacy is extremely important not only to an individual child's development. It is also vital to global development.

In its position statement on Parent Involvement in Science Learning, the National Science Teachers Association (NSTA) powerfully stated: "Historically, innovations in science and technology have been powerful forces for improving our quality of life and fueling economic development worldwide. One of our favorite science themes is outer space. Lunar Diagram New moon, crescent, gibbous, half moon, full moon... Understanding lunar phases is not an easy task for small children. Instructions. Anything Cupcakery. July 20th is Moon Day! 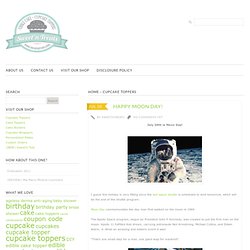 I guess this holiday is very fitting since the last space shuttle is scheduled to land tomorrow, which will be the end of the shuttle program. Moon Day commemorates the day man first walked on the moon in 1969. The Apollo Space program, begun by President John F. Kennedy, was created to put the first man on the moon. Apollo 11 fulfilled that dream, carrying astronauts Neil Armstrong, Michael Collins, and Edwin Aldrin, Jr.

Why is Pluto Not a Planet? Tutorial. Lunar Phases Interactive. NASA Project Gives Students Virtual Tour of Mars - Digital Education. The Curiosity, an SUV-size vehicle, is roving the surface of Mars, collecting information on soil, rocks, and other data that scientists hope will enhance their understanding of the red planet. Soon, students from across the country will be roving, virtually, right along with it. Beginning Wednesday, Dec. 12 at 1 p.m., Eastern time, a trio of organizations will be hosting a "virtual field trip" to Mars, which will give students and teachers detailed information on the rover's mission and its work.

The virtual program, titled "Journey to the Extreme: Your V.I.P. Pass to Mars," also will be archived for schools' future use, for those who miss the initial launch. The program will include information presented by scientists and engineers who have worked on the rover project, including Leland Melvin, NASA associate administrator for education and an astronaut, and Dave Lavery, program executive for NASA's solar system exploration and the Curiosity's mission.