Phases of the Moon Explanation for kids -Animation Lesson Unit 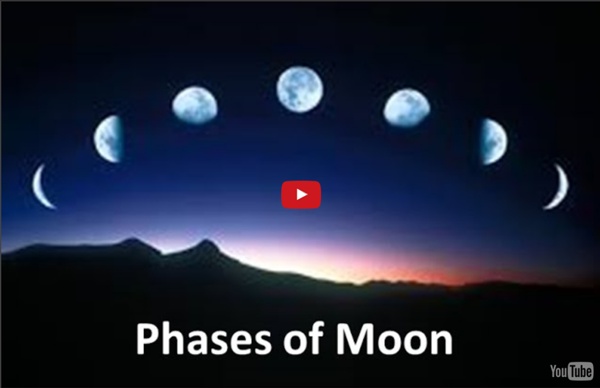 Related:  Light and Shadow • Rymden • NO • Worth to know • objects in the sky

Large driveway, patio or garden sundial This is a design for analemmatic sundials, large or small, with elliptical dials. The one I made with my son is twelve feet across, drawn in sidewalk chalk on a level part of our driveway, and you check the time by standing in the spot corresponding to the date and seeing where the middle of your ow shadow falls. You can make a permanent one by first drawing in chalk and then painting over it (but we are renting the house). World Sunlight Map Watch the sun rise and set all over the world on this real-time, computer-generated illustration of the earth's patterns of sunlight and darkness. The clouds are updated daily with current weather satellite imagery. The Mercator projection used here is one way of looking at the spherical earth as a flat map. Used since the 16th century for navigation, straight lines on this map can be used accurately as compass bearings but the size and shape of continents are distorted.

Survey: when a romantic relationship ends, men often feel more isolated, heartbroken than women While women are often characterized as the more emotionally sensitive of the sexes, new research published in the Journal of Health and Social Behavior suggests that, when it comes to the heartache following a failed romance, men may actually suffer more than women. The research, conducted by sociologists at Wake Forest University and Florida State University and highlighted by the Telegraph, was based on survey responses from 1,000 unmarried men and women between the ages of 18 to 23. The researchers say the results indicate that when relationships fail it tends to have a greater impact on men’s own sense of self worth, and because men are less likely to confide in other male friends, this feeling is compounded by a sense of isolation.

kaleidoscope Facts, information, pictures The kaleidoscope makes magic with light and mirrors. It may be considered a child's toy (or a toy for all ages), but it is also a simple optical device with technical applications for designers and pattern-makers. Greek words are the source of the name; it comes from kalos, eidos, and skopios meaning beautiful, form, and view, respectively. Background 15 myths about a healthy diet you need to stop believing Nowadays there are so many discussions about healthy diets, and there are a lot of different opinions about what to eat, when to eat, and how much to eat. Some recommendations sound suspicious, and so we start doubting their truth. We at Bright Side decided to do our research and dispel popular myths about healthy eating. Adapted from: ’Healthy Weight Loss,’ ’Health’.

The stars and their stories; a book for young people : Griffiths, Mary Matlock, comp eBook and Texts > American Libraries > The stars and their stories; a book for young people View the book (~313 pg)Read Online (3.4 M)PDF (Google.com)(~313 pg)EPUB(~313 pg)Kindle(~313 pg)Daisy (348.0 K)Full Text (5.7 M)DjVu (46.6 K)Metadata Science Activity: Make a Periscope What kinds of mirrors can I use to make a periscope? You need two small mirrors, but they don't have to be identical. If you have a rectangular mirror, or one with a handle, it's okay if part of it sticks out the side of the carton. DIY Constellation Flashlight Now that the days are getting shorter and the nights are getting longer, we’re looking for more ways to keep our little guy occupied after the sun goes down. Enter, the flashlight! We love making shadow puppets, but I was hoping to branch out from that.