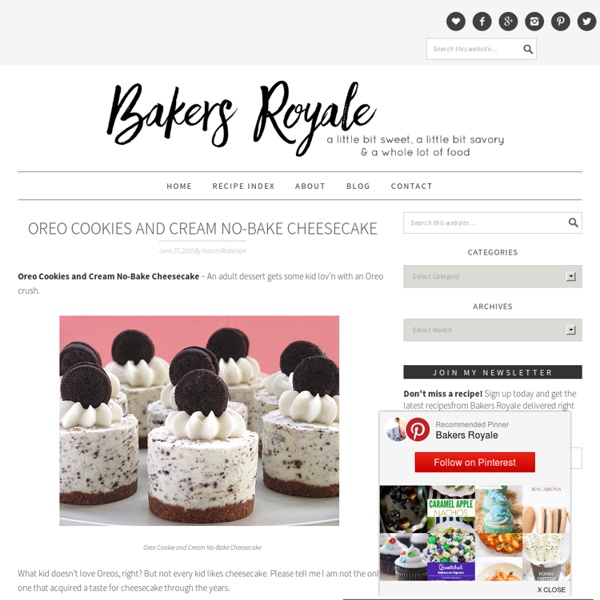 Vanilla Cupcake Recipe with Vanilla Buttercream Frosting Recipe I can’t remember if I mentioned to you our little jaunt to Georgetown over the summer. I don’t think I did, did I? In any case, we descended on Georgetown with the sole purpose of taste testing cupcakes. Our first stop was naturally Georgetown Cupcake, which is featured on the TLC series “DC Cupcakes”. After struggling to find a parking spot and then standing in a 30-minute line on the hottest day of summer (I think the temp topped 110 that day), we finally got to place our order.

Cookies and Cream Peanut Butter…Midnight Snack Need a midnight snack? Or anytime snack for that matter, my cookies and cream peanut butter might just knock your socks off I was so lucky to have my sister and her family visit earlier this week and I got to have some kitchen time with her beautiful girls. Nunavut Territorial Unit Study - facts and symbols These Canadian Province/Territory Unit Studies are designed to help children learn the geography of Canada and learn factual information about every province or territory. These studies are great for children in the public and private education system as well as homeschooled children. Print the Map of Canada and color each province or territory as you study it. Honey Mustard Chicken with Bacon and Mushrooms “This is probably my favorite way to eat chicken.” That’s a quote from my husband the last time I made Honey Mustard Chicken with Bacon and Mushrooms for dinner. Marinate some chicken breasts in honey, mustard, and lemon, then top with bacon, mushrooms and cheese… How could that go wrong? I love to serve this dish with a side of oven fries and a crisp lettuce salad. It’s a meal full of flavor!

Pumpkin Chocolate Pudding By Lauren Zembron, on October 4th, 2011 I love every recipe I post on HFFL, (they’re my little food babies), but every once in a while I come up with something that is really special; something that I know I will make over and over again. One such recipe was my Chocolate Ganache Pudding that I posted back in July. New York-Style Cheesecake Recipe Cheesecake is one of my great loves. Given the choice between it and a myriad of other desserts, I will choose cheesecake everyday and twice on Sunday. I’m sure you’re not too terribly surprised, seeing as how I bombard you with more than my fair share of cheesecake recipes. I just can’t help it; I’ve been head over heels in love with cheesecake for as long as I can remember. While I’ve given you recipes for things like brownie mosaic cheesecake, fig almond cheesecake, pumpkin cheesecake and peanut butter-fudge cheesecake (among many, many others), it dawned on me that I’ve never shared a recipe for a straight-up New York-style cheesecake.

The Ultimate Strawberry Lemonade One of the first times I ever realized that – HEY! I can cook for myself! – was when I first learned to make lemonade. I magically found the refrigerated lemon juice at our house and followed the directions to make my own lemonade. Canadian Province Unit Studies by your Homeschooling Guide Education Homeschooling Share this page on: Stately Sandwiches Photography Kelly Pratt loves sandwiches, so she decided to make a sandwich for each of the 50 states. The result is these deconstructed sandwiches.