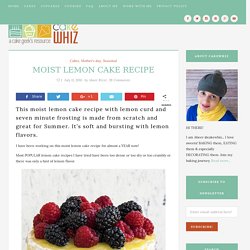 Most POPULAR lemon cake recipes I have tried have been too dense or too dry or too crumbly or there was only a hint of lemon flavor. After going through loads of lemon cake disasters in the kitchen, I can now safely say this is the ultimate moist lemon cake recipe made from scratch. It’s BURSTING with zesty lemon flavor, thanks to the use of FRESH lemon juice and lemon zest. Melt and Mix Christmas Cake. Last-minute Rich Christmas Fruit Cake. Choux pastry: how to make – How to make choux pastry – Bite. Impressive cakes – Best cake recipes for a special occasion – Bite. Plum and coconut cake – Recipes – Bite. Pumpkin and date cake – Recipes – Bite. Sweet loaves – Sweet loaf recipes – Bite. Lou's favourite pineapple fruit cake - ABC Canberra - Australian Broadcasting Corporation.

25 October, 2015 4:57PM AEDT This recipe comes originally from Tom Wyatt, ABC Gardening Guru in Rockhampton, who won a prize at the local show for this recipe. 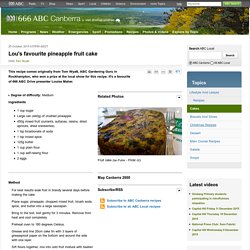 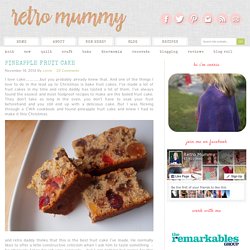 And one of the things I love to do in the lead up to Christmas is bake fruit cakes. I’ve made a lot of fruit cakes in my time and retro daddy has tasted a lot of them. I’ve always found the easiest and most foolproof recipes to make are the boiled fruit cake. They don’t take as long in the oven, you don’t have to soak your fruit beforehand and you still end up with a delicious cake. Christmas Cake Recipe. Step 1 Combine sultanas, raisins, currants, dates, cherries, craisins, pineapple, mixed peel, brandy and orange rind in a large bowl. 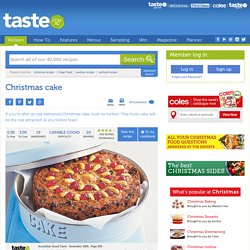 Cover with plastic wrap and set aside, stirring occasionally, for 2 days to macerate. Step 2 Preheat oven to 150°C. Brush a round 22cm (base measurement) cake pan with melted butter to lightly grease. Line the base and side with 3 layers of non-stick baking paper. Step 3 Use an electric beater to beat butter and sugar in a bowl until pale and creamy. Source Australian Good Taste - December 2005 , Page 205 Recipe by Sarah Hobbs Photography by Ian Wallace You can make this cake up to 3 months ahead. Caramel Swirl Brownie Recipe. Step 1 Preheat oven to 160C/140C fan-forced. 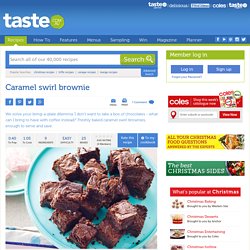 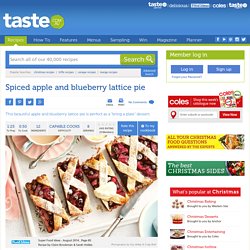 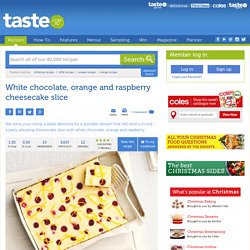 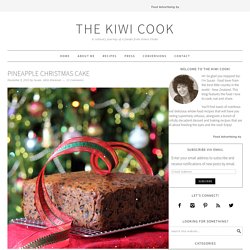 It has received thousands of positive reviews and comments over the years and many look to it as the tried and true ‘go-to’ Christmas cake. Given its rave reviews I didn’t want to mess about too much with the original recipe, though I did get creative with the fruit mix. Instead of just adding the pineapple and juice to the mixed fruit, I also added orange zest, orange juice and a good dash of orange liqueur. I figured you couldn’t go wrong with a more distinct orange flavour and that the extra liquid would simply make the fruit juicier and plumper (which it did). 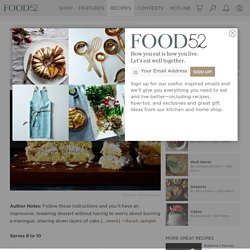 Find your friends who are already on Food52, and invite others who aren't to join. Let's GoLearn more Join Our Community Follow amazing home cooks.