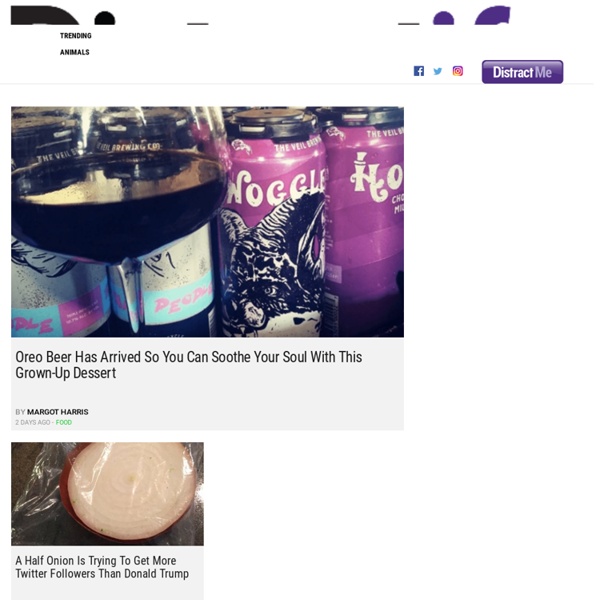 25 TED Talks that will change how you see the world Mahatma Gandhi once said, “Live as if you were to die tomorrow. Learn as if you were to live forever.” If this sounds like a philosophy you can relate to, then you’ll love TED talks. Normal Moments In Art History With No Murder hi hi what are you doing i’m very normal and you can trust me you should trust me start trusting me right now ok 15 Things Highly Confident People Don't Do Highly confident people believe in their ability to achieve. If you don’t believe in yourself, why should anyone else put their faith in you? To walk with swagger and improve your self-confidence, watch out for these fifteen things highly confident people don’t do. 1. They don’t make excuses.

16 Things I Wish They Had Taught Me in School I am 28 now. I don’t think about the past or regret things much these days. But sometimes I wish that I had known some of things I have learned over the last few years a bit earlier. That perhaps there had been a self-improvement class in school. And in some ways there probably was. Because some of these 16 things in this article a teacher probably spoke about in class. Judas Priest and Doug Johnson - The Official Blog of Artamax Design Studio Posted on July 16th, 2012 in Graphic design, Illustrations When i was younger and just began diving into hard rock and heavy metal i remember how impressed i was with Judas Priest covers. This eagle falling from the sky and a metal cat - these pictures I have met in many other magazines later on (holding now cover of the Hungarian LPM magazine from January 1990), this style and energy is still inspiring people. I have seen a magazine in Russia with cover image made with a Judas Priest “Turbo” cover just last year.

8 Important Reasons To Let Go Of People Who No Longer Play An Important Part In Your Life There comes a point in every person's life when he or she parts ways with someone: ex, friend and anyone in between. Upon first meeting this person, there's a sweet beginning, but once you come to really know each other and grow comfortable, you suddenly realize that the relationship no longer brings any particular value to your life and is perhaps, even detrimental. Sometimes, we hold on to people purely based on how long we have known them. Time can tie people together, but if you feel as though there's nothing substantial keeping you connected, time is not a strong enough reason to hold on to something that's simply no longer worth holding onto. We grow complacent with people once we're comfortable with them. But, hanging onto someone for the pure sake of it and because you don't know anything else isn't a good enough reason.

Sleep, Learning, and Memory The Learning Process and Sleep Sleep, learning, and memory are complex phenomena that are not entirely understood. However, animal and human studies suggest that the quantity and quality of sleep have a profound impact on learning and memory. Research suggests that sleep helps learning and memory in two distinct ways. First, a sleep-deprived person cannot focus attention optimally and therefore cannot learn efficiently. Second, sleep itself has a role in the consolidation of memory, which is essential for learning new information. The Coolest Tattoo Artists In The World French tattoo artist Loïc Lavenu, also known by the nickname Xoïl, has a very distinctive Photoshop collage aesthetic. The results are always surreal, sprawling, and highly experimental. Peter is incredibly skilled at creating many visual art styles, be it watercolor, cubism, or precisely shaded pencil drawings.

7 Social Hacks For Manipulating People 1. Whenever someone is angry and confrontational, stand next to them instead of in front of them. You won’t appear as so much of a threat, and they eventually calm down. 5 Scientific Ways to Instantly Brighten Your Day  How nice would it be to push a button and instantly feel happy, uplifted, and fun? Turns out you can. Or at least exert the same amount of effort for the same results. Recent studies are upending the age-old belief that emotions just happen to us. In fact, its just the opposite. José Ladrönn José Ladrönn (born 1967) is a comic book penciller and inker born in Veracruz, Mexico. Biography[edit] In 2004 he worked with the Chilean author Alejandro Jodorowsky in the story Tears of gold published in the U.S. by Metal Hurlant magazine. He also regularly contributes covers for various titles such as Marvel's Incredible Hulk and DC Comics' Countdown to Infinite Crisis: The OMAC Project. He is currently working on a further Hip Flask volume as well Final Incal with Alejandro Jodorowsky.