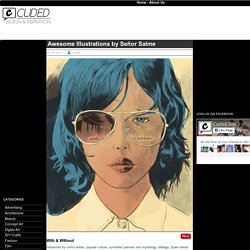 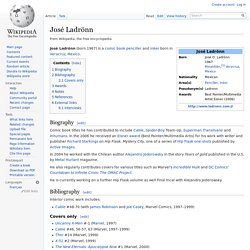 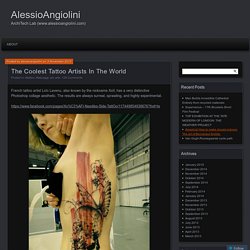 The results are always surreal, sprawling, and highly experimental. Peter is incredibly skilled at creating many visual art styles, be it watercolor, cubism, or precisely shaded pencil drawings. Ondrash in Znojmo, Czec Ondrash is practically becoming a household name due to the raging popularity of the watercolor tattoos he specializes in.h Republic ondrash.com/ Mariusz Trubisz in Wroclaw, Poland Mariusz has a flair for shading and creating incredibly vibrant tattoos that are practically neon. Madame Chän in Berlin, Germany. Ramon Maiden. My year in art. Quit my office job to become an artist this year, best decision of my life. QMi0FRt.jpg (JPEG Image, 2560 × 1089 pixels) - Scaled (40%) 9ORX1tF.jpg (JPEG Image, 1599 × 2400 pixels) - Scaled (41%) Surrealist Paintings by Valdimir Kush. Willy Pogany. Ghana Film Posters - an album on Flickr.

Mizu. Ink and Digital, 9 x 12”, 2014. 70s sci-fi art: Retro sci-fi landscapes. Artists, in order: Jim... Madmax1980melgibsonddd.jpg (JPEG Image, 650 × 966 pixels) Marcus larson. Sergio toppi. Shingeki no Kyojin 1 - Read Shingeki no Kyojin 1 Online - Page 44. ArlesGuibert.JPG (2972×2219) These 29 Clever Drawings Will Make You Question Everything Wrong With The World. Normal Moments In Art History With No Murder. Hi hi what are you doing i’m very normal and you can trust me you should trust me start trusting me right now ok hiiiiii hey what’s up what are you doing you should come over you should come over and hang out with us definitely we could drink stuff out of vials together or whatever hi come over and hang out with us we won’t drown you at all i dont even know the first thing about drowning so i definitely couldn’t drown you look at how much we’re not drowning right now come over and trust us heyy hi again hi guys we thought we’d just come over to you see what’s up cool boat this is a super cool boat, what is it, like a sailboat like a boat for sailing in? 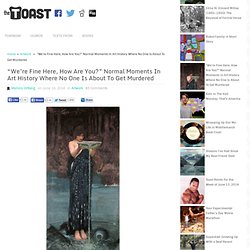 Awesome, awesome you know what you should come see though is the ocean come on we’ll show you it’s very cool, super breathable what dead girl i don’t even know what you mean this girl was here when we got here she wanted us to stand on her yeah that was like all she could talk about “please stand on me” Konrad Gesner's Historiae Animalium. These 29 Clever Drawings Will Make You Question Everything Wrong With The World. Doug johnson. Judas Priest and Doug Johnson - The Official Blog of Artamax Design Studio. Posted on July 16th, 2012 in Graphic design, Illustrations When i was younger and just began diving into hard rock and heavy metal i remember how impressed i was with Judas Priest covers. 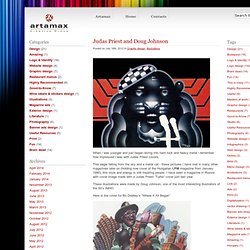 This eagle falling from the sky and a metal cat - these pictures I have met in many other magazines later on (holding now cover of the Hungarian LPM magazine from January 1990), this style and energy is still inspiring people. I have seen a magazine in Russia with cover image made with a Judas Priest “Turbo” cover just last year. These illustrations were made by Doug Johnson, one of the most interesting illustrators of the 80’s IMHO. Here is the cover for Bo Diddley’s “Where It All Began” Fantastic style, isn’t it?