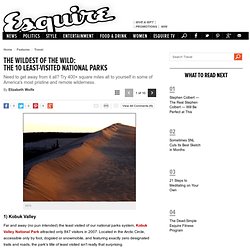 Civil War history buff? Really into masonry? If any of these apply to you, then Dry Tortugas National Park is the park for you. Seventy miles west of Key West are the Dry Tortugas islands, so-called because they lack surface fresh water ("dry") and Ponce de Leon caught a lot of sea turtles ("tortugas") here in the 1500s. The centerpiece of the park is Fort Jefferson, a behemoth brick fortress originally intended to protect the U.S. from Gulf Coast invaders (namely pirates), but also used as a Union stronghold during the Civil War. Dry Tortugas is also a great place to watch migratory birds in the spring. Amazing facts, random facts, interesting facts » Harry Potter. Japanese dogu statues. These Japanese Dogu statues were made by the Jorom people and dated to about 5000 BC. 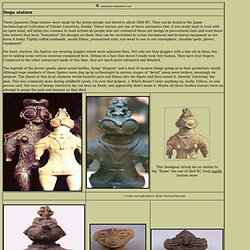 They can be found in the Japan Archaeological Collection of Tohoku University, Sendai. These statues are one of those anomalies that, if you really want to look with an open mind, will bring you volumes to read written by people who are convinced these are beings in pressurized suits and even those who believe they have "translated" the designs on them; they can be correlated to actual mechanical and technical equipment as we know it today.

Tightly cuffed armbands, mouth filters, pressurized suits, eye wear to see in our atmosphere, shoulder pads, gloves, equipment? For basic starters, the figures are wearing goggles which were unknown then. Not only are they goggles with a tiny slit in them, but we're talking some serious eyewear equipment here. The legends of the Jorom speaks about aerial battles, flying "dragons" and a host of modern things going on in their prehistoric world. Listen to a Wall of Music. © 2021 - Privacy - Terms. 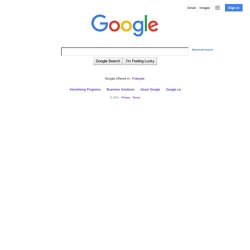 Bobby McFerrin plays... the audience! 19 British Ruins You Must See Before You Die. 10 Unusual Beaches You Have Never Heard Of. 1. 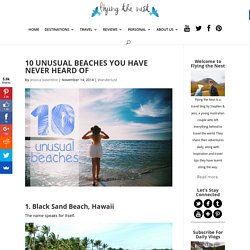 Black Sand Beach, Hawaii The name speaks for itself. (source) 2. Pink Sand Beach, Bahamas Again, the name gives it away. (source) 3. And you thought The Maldives couldn’t get any prettier! (source) 4. This secret paradise was created when the Mexican government in the early 1900’s made a bombsite out of the area, blasting a huge hole on the canopy of the grotto. (source) 5. Not only is Whitehaven Beach a photographers dream, it has been awarded the most eco-friendly beach in the world! (source) 6. Make sure you head down with a shovel because at this beach you can dig your very own DIY spa. (source) 7. We have been lucky enough to visit the mind blowing Maho Beach, here you can literally jump up and touch a plane as it lands meters away from you at Princess Juliana International Airport.

(source) 8. Every morning, the sea at Chandipur Beach disappears, receding up to 5 kilometers from the shore. (source) 9. 40 Songs By Male Artists To Help Serenade You This Summer. Too beautiful to be real? 16 surreal landscapes found on Earth. These bizarre locations may seem like a series of elaborate movie sets, but they are real destinations that you might want to see for yourself. 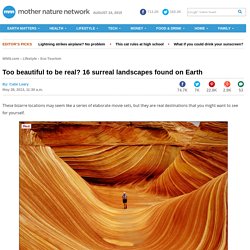 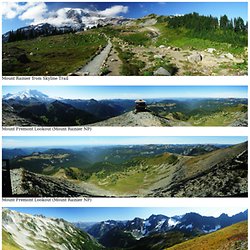