Raise Your Vibrational Frequency to Higher Consciousness and Heal 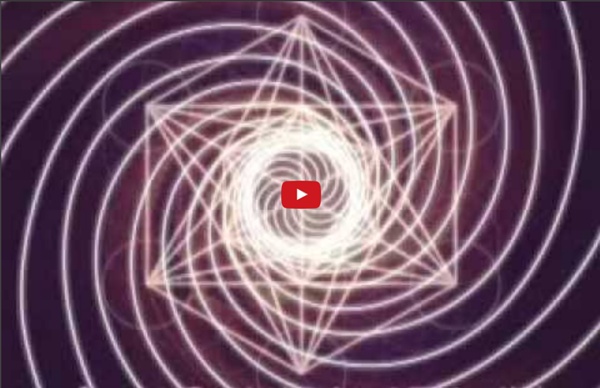 Chakras According to Tantric tradition, everyone has seven energy centers that serve as junction points between the body and consciousness, or between matter and the mind. These spinning vortices, called chakras in Sanskrit, receive, assimilate and express our vital life energy. When the flow of energy in one or more of the chakras becomes blocked, we may develop physical and mental illnesses. Scientists Prove DNA Can Be Reprogrammed by Words and Frequencies By Grazyna Fosar and Franz Bludorf THE HUMAN DNA IS A BIOLOGICAL INTERNET and superior in many aspects to the artificial one. Russian scientific research directly or indirectly explains phenomena such as clairvoyance, intuition, spontaneous and remote acts of healing, self healing, affirmation techniques, unusual light/auras around people (namely spiritual masters), mind’s influence on weather patterns and much more. In addition, there is evidence for a whole new type of medicine in which DNA can be influenced and reprogrammed by words and frequencies WITHOUT cutting out and replacing single genes. Only 10% of our DNA is being used for building proteins. It is this subset of DNA that is of interest to western researchers and is being examined and categorized.

Activating and programming your Merkaba light body The Merkaba is an artificial geometric body that we can activate when we want to. This body is in the shape of a galaxy and its size is depended on our perception. If we can perceive/feel the whole universe, then we can enlarge our Merkaba so that it will contain the whole universe. The Merkaba actually represents the way we perceive ourselves and the universe. This is how our perception limits the Merkaba: If we believe that we are multi dimensional beings, unhindered by time or space, then that is what will be and that is what our Markaba will be. Since we are creators, and we can create what we want into our lives – The Merkaba will be a projection of our beliefs about our creation powers.

Human Angels MERKABAH, BODY OF LIGHT Merkaba, also spelled Merkabah, is the divine light vehicle allegedly used by ascended masters to connect with and reach those in tune with the higher realms. “Mer” means Light. “Ka” means Spirit. “Ba” means Body. Mer-Ka-Ba means the spirit/body surrounded by counter-rotating fields of light, (wheels within wheels), spirals of energy as in DNA, which transports spirit/body from one dimension to another. Esoteric Wisdom: The Pineal Gland And Shamanism The Pineal Gland has for long been associated with Esoteric Knowledge surrounding the spiritual, metaphysical aspects of consciousness and the self. René Descartes, who dedicated much time to the study of the pineal gland, called it the "Seat of the Soul". He believed that it was the point of connection between the intellect and the body. The Pineal Gland is a cone-shaped pea that sits on the roof of the 3rd ventricle of the brain, directly behind the root of the nose (3rd eye chakra) floating in a small lake of cerebrospinal fluid. It is our body's biological clock and has been called a window of the brain because, as with all mid-line structures bordering the 3rd and 4th ventricles of the brain, it doesn't have a blood-brain barrier.

The Merkaba The Merkaba Ancient mystical traditions (such as the Kabbalah), and contemporary channelled information (such as the “Keys of Enoch”) speak of the Merkaba as a vehicle for inter-dimensional travel. As we approach the moment of the Shift, formerly secret teachings about the Merkaba are coming to light. Is it possible to create a living Merkaba field through meditation? Does such a field facilitate communication with your higher self? Merkaba This crystal is comprised of 2 Tetrahedrons, Sometimes referred to as the hologram of "Love" or three dimensional Star of David. What does "Merkaba" mean? Mer-Ka-Ba is a term from the Egyptian Mystery School. It is found in many languages including African Zulu, Egyptian and Hebrew.