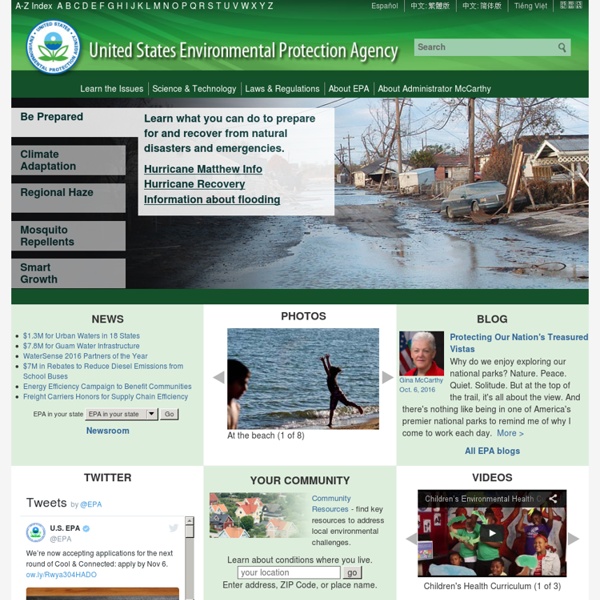 Southern Research Station Lonicera x bella, also called Bell’s honeysuckle, is a hybrid between two exotics, Lonicera morrowii and Lonicera tatarica. Unlike many exotic hybrids, it is included on the invasive plants lists of 14 states. Photo by Joseph Berger, courtesy of Bugwood.org. WP: EPA’s system of tracking pesticides harmful to honeybees, critics say Insecticides conditionally registered in the early 2000s have been blamed for impairing honeybees’ immune systems; in the past five years, the honeybee population has declined 20 to 30 percent each year, according to the U.S. Department of Agriculture. “To continue to risk the collapse of our honeybee population and other insects that support our ecosystems is a tragedy,” said Jonathan Evans of the Center for Biological Diversity, a national environmental advocacy group. The criticism of the EPA’s conditional registration system is nothing new. A Government Accountability Office report from August, for example, said the agency has a confusing record-keeping system for tracking pesticides — a problem the GAO first flagged in 1986. The recent report helped revive claims that conditional registration is unsafe.

Financial Literacy Update - May/June 2014 March/April 2014 The Office of the Comptroller of the Currency (OCC)'s Financial Literacy Update is a bimonthly e-newsletter that reports financial literacy events, initiatives, and related resources of the OCC and other government agencies and organizations. Financial Literacy Update provides brief descriptions and Web links for events in chronological order. How a 40 Year-Old EPA Loophole Helped Kill the Bees Scientists have issued dire warning after dire warning: honey bees all over the world are dying at an unprecedented rate, and without them, our agricultural system could be the next to go. Bees pollinate one-third of Americans’ daily diet. If they go extinct, we’d lose more than honey; the size of your average produce section would shrink dramatically.

FREE - Federal Registry for Educational Excellence FREE Features These features originally appeared on the FREE.ED.gov features blog. The features highlight resources and ideas related to holidays, awareness months, anniversaries and seasonal topics. January Environmental advocates target possible flaws in EPA pesticide system WASHINGTON — The honeybees that pollinate one-third of Americans’ daily diet are dying, and in the eyes of some environmentalists one culprit may be a decades-old Environmental Protection Agency system. The system is called “conditional registration,” and it’s essentially a way to get pesticides on the market quickly. But to environmentalists and other experts, the system has become too loose, letting some potentially dangerous pesticides on the market, or letting them stay there too long.