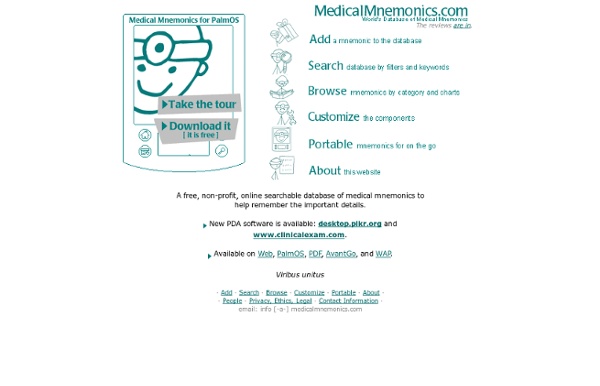 “Did you know that stones bleed?” Journey in the mysterious world of Pino Sciola Pino Sciola stone museum “What is the first word that comes to your mind when you think of a stone?” Asked me Pino Sciola welcoming me to his house-lab. “Hard? Rigid?” “What about elastic?” This is how my interview with the acclaimed sculptor who makes sound out of stones started. Pino Sciola in his open-air museum in San Sperate Pinuccio Sciola, as he’s known among his fellow countrymen of the colorful town of San Sperate, in southern Sardinia, is an all-round artist, but his soul lies in the mysterious world of stones: “Stones are the backbone of our planet, they were here since time began, over the span of millennia, and they will never cease to exist.” As Confucius already in the 6th century BC praised the importance of harmony between people and nature, today he would have been very pleased to see that Sciola has towards stones the same conception of Chinese ancient culture: they are a gift from Nature to us, and we must cherish them. Pino Sciola sounding stones “Ah, geologists!”

Breathingearth - CO2, birth & death rates by country, simulated real-time Time Warp Wives: Meet the women who really do live in the past By Diana Appleyard Updated: 09:06 GMT, 8 August 2008 The credit crunch, a knife crime epidemic - no wonder so many of us are sick of the 21st century. 1950s Joanne Massey, 35, lives in a recreation of a 1950s home in Stafford with her husband Kevin, 42, who works as a graphics application designer. I love nothing better than fastening my pinny round my waist and baking a cake for Kevin in my 1950s kitchen. I put on some lovely Frank Sinatra music and am completely lost in my own little fantasy world. Enlarge Joanne Massey: 'Living like this makes me happier' We've been married for 13 years and we're extremely happy because we both know our roles. What's wrong with wanting to be adored and spoiled? I don't even put petrol in our Ford Anglia car, which is 43 years old, because I think that is so unladylike. I make sure our home is immaculate, there is dinner on the table, and I look pretty to welcome my husband home. They had it in their garage to keep tools in, so it needed renovation. 1940s

John Carlin on why Iceland has the happiest people on earth | World news | The Observer Highest birth rate in Europe + highest divorce rate + highest percentage of women working outside the home = the best country in the world in which to live. There has to be something wrong with this equation. Put those three factors together - loads of children, broken homes, absent mothers - and what you have, surely, is a recipe for misery and social chaos. But no. Iceland, the block of sub-Arctic lava to which these statistics apply, tops the latest table of the United Nations Development Programme's (UNDP) Human Development Index rankings, meaning that as a society and as an economy - in terms of wealth, health and education - they are champions of the world. To which one might respond: Yes, but - what with the dark winters and the far from tropical summers - are Icelanders happy? Oddny Sturludottir, a 31-year-old mother of two, told me she had a good friend who was 25 and had three children by a man who had just left her. There are plenty of other, more obvious factors.

Instructions and Typing Tips Please follow these simple rules: Place your hands on the keyboard appropriately, so that your left forefinger is on the ‘F’ key, and the right one is on the ‘J’ key. You should feel the bump at the bottom of each of these keys. Try not to look at the keyboard, but look at the screen only. When keybr.com loads, you will see the typing tutor. Game Screen At the top of the screen, you can see the board with the text to type out. At the bottom of the screen, you can see the virtual keyboard. With the four control buttons you can: Change the language and the keyboard layout Change text options Show the most frequent and the most problematic keys on the virtual keyboard Show the typing speed progress chart Language and Keyboard Layout Settings Keybr supports several non-English languages, namely German, French, Spanish, Italian, Portuguese, and Russian. Some languages provide more than one default keyboard layout. Text Settings Here you can customize the text to type out. Typing Speed Chart

Surfing The Apocalypse FEBRUARY 2000 The following item was placed for sale to the highest bidder at the online auction site Ebay. A SURFING THE APOCALYPSE exclusive interview with the new owner of the painting can be found following the copy of the ad. Here is the unedited text of the original ad. Photos that appeared in the ad are also included but have been resized/positioned to fit the page. They do appear in the original order This auction is nearing the end. The Original Ad Can Be Viewed HERE Until Ebay Ceases To Archive It. SURFING THE APOCALYPSE followed up on this story in an email interview with the new owner of the painting. SURFING: What attracted you to the "Haunted Painting?" L.B.: Visually, it seemed like a good composition, the artist displayed a certain professional handling of the medium, and the subject matter was compelling. SURFING: How long have you had the painting? L.B.: Since March 7. SURFING: Has anything "unusual" happened with the painting? L.B.: Yes. March 12, 2000 Giclée on canvas.

20 Smart Ways To Increase Productivity During Prime Time “All that really belongs to us is time; even he who has nothing else has that.” ~Baltasar Gracian While the amount of things we want to see, do, smell, taste and touch exceeds all but our imagination there are still just 24 hours in each day. Time flies by and many times people find themselves at the end of the journey known as life without enough stories to say it was all worth while. Our enemy — ‘Prime Time’. I do not count watching TV as a good way to relax and enjoy life. “Time is the coin of your life. 20 Smart Ways To Increase Productivity During Prime Time Exercise. Organize. “Don’t count every hour in the day, make every hour in the day count. If you like this article please vote for it on StumbleUpon, and bookmark it on del.icio.us! Photo by Aranyx and Zoutedrop

Using Appropriate Terminology Function not purpose The purpose of a hammer is to pound nails. One function of a hand is to hold a hammer. Designed tools have purposes. Structures and behaviors of living things have functions. Evidence not proof We often hear news stories in which the narrator refers to having “enough proof.” Primitive and advanced The average person might see an opossum as more primitive than a cat. Theory vs. hypothesis A theory is an explanation. A hypothesis is a testable idea. Believe or accept “Do you believe in evolution?”