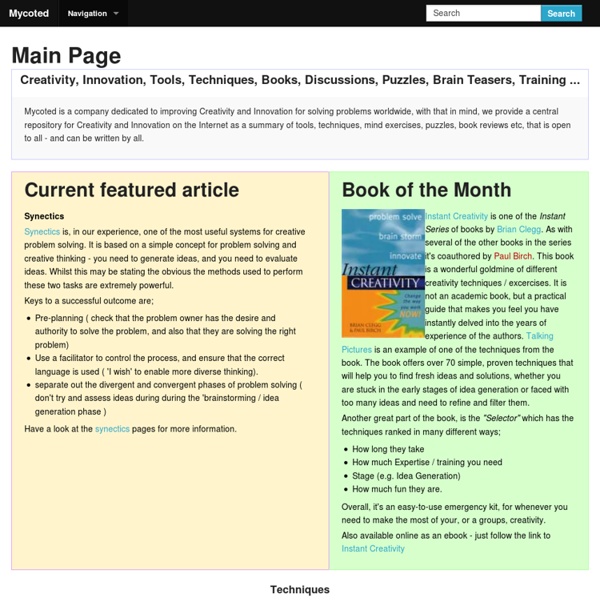 Realistic Lateral Thinking Puzzles Lateral Thinking Puzzles, unlike most puzzles, are inexact. In a sense, they are a hybrid between puzzles and storytelling. In each puzzle, some clues to a scenario are given, but the clues don't tell the full story. Your job is to fill in the details and complete the story. Obviously, there is usually more than one answer to any given puzzle, but, in general, only one solution is truly satisfying. You can try solving these puzzles on your own -- that's certainly a legitimate way to go about this -- but usually you can have more fun if you involve other people.

My Collection of Funny Emails. Send funny emails to your friends! Why didnâ€™t I think of that? Youâ€™ll be uttering those words more than once at these ingenious little tips, tricks and ideas that solve everyday problems... some you never knew you had! Hull strawberries easily using a straw. Rubbing a walnut over scratches in your furniture will disguise dings and scrapes. Use "Weird Rules" To Boost Your Creativity Ten years ago, Stanford professor Robert I. Sutton wrote a book on how to manage for maximum creativity called Weird Ideas That Work. After studying some of the most innovative people and companies, Sutton concluded that what is right for routine work is consistently wrong for creative work. The best way to manage for creativity, he discovered, is to simply take every tried-and-true management trope and do the opposite. Armed with this epiphany, he laid out his “Weird Rules of Creativity.” In the decade since, many of Sutton’s “Weird Rules” have become, if not standard practice, characteristic of typically innovative companies.

TRP: Resonant Frequencies and the Human Brain TRP: Resonant Frequencies and the Human Brain by Ron Turmel Without rapid intervention, Tesla may have let the oscillator run all night as buildings crumbled around him One of the great revelations of 20th century science is that all existence can be broken down into simple wave functions. Mont des Arts Contributed by Fabian Jean Villanueva of Base Design. Mont des Arts/Kuntsberg is an area in Brussels that houses more than twenty museums and cultural institutions. The members of the Mont des Arts needed a common identity, a unifying factor to promote and mark off the neighbourhood. Base designed the quarter’s identity and created a communication strategy to revalue the area and attract a more diverse public.

475 Free Movies Online: Great Classics, Indies, Noir, Westerns & More Advertisment Watch 1,150 movies free online. Includes classics, indies, film noir, documentaries and other films, created by some of our greatest actors, actresses and directors. The collection is divided into the following categories: Comedy & Drama; Film Noir, Horror & Hitchcock; Westerns (many with John Wayne); Martial Arts Movies; Silent Films; Documentaries, and Animation. We also have special collections of Oscar Winning Movies and Films by Andrei Tarkovsky and Charlie Chaplin. Free Comedy & Dramas "Talent Is Nothing Without Focus and Endurance" I have to disagree in-part. Focus and endurance make talent. We understand the interplay between genetics and environmental factors enough to know that how we are raised, and the time we spend engaged in a thing, are many times more influential on 'talent' than raw genetics; genetics are not a blueprint, they exhaust their influence as soon as the amino acid chains are formed—the rest is entirely self-governed and highly influenced by the environment.

6 Tiny Things That Have Mind-Blowing Global Impacts The butterfly effect isn't just a confusing mess of a movie about prison beatings and child molestation starring the guy from Punk'd, it's an actual scientific principal. Every day, seemingly insignificant things can make changes on a global scale. Termites Are Warming the Planet When Does Real Learning Happen? – Tanmay Vora Learning, the real learning, happens… When you are intentional about learning When you are driven by an intrinsic need to advance and not only by external triggers and rewards. When you ask more questions to get to the WHY of things (and then to what and how) When you carry an open frame of mind that is receptive When you look for process and patterns even in discrete situations And when you use your understanding to connect the dots and look at a larger picture When you enjoy the process of learning without getting too anxious about the results and goals. Insights, Resources and Visual Notes on Leadership, Learning and Change! | Learn more about Tanmay