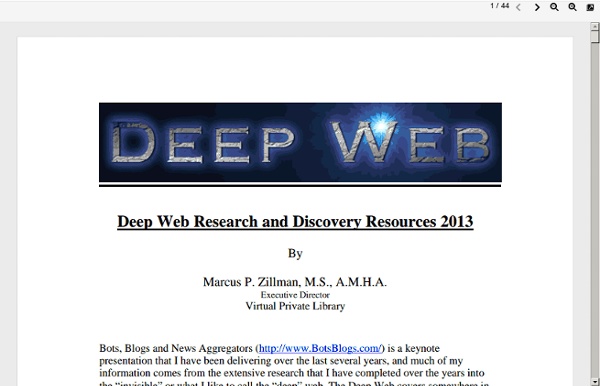 Law Enforcement Agencies in Tor: Impact Over the Dark Web. The recent shutdown of SilkRoad 2.0 was just a small part of the events affecting the Tor network that unfolded last week. Tor-related communities, such as privacy enthusiasts, but also cybercriminals (of course!), expressed worry after a global law enforcement operation targeted a number of illegal services based on Tor. Operation Onymous, coordinated by Europol's European Cybercrime Centre (EC3), the FBI, the U.S. The official announcement about Operation Onymous is available on the Europol website. Here's an incomplete list of .onion services that were taken down during this operation: Alpaca, Black Market, Blue Sky, Bungee 54, CannabisUK, Cloud Nine, Dedope, Fake Real Plastic, FakeID, Farmer1, Fast Cash! Examples of seized .onion sites At the sametime , reports appeared about a number of Tor nodes being seized by authorities: Over the last few days, we received and read reports saying that several Tor relays were seized by government officials. The current state of the Dark Web

Nik Cubrilovic - Analyzing the FBI’s Explanation of How They Located Silk Road. The marketplace was hosted as a hidden service on Tor, a distributed network that provides a layer of anonymity for web and other traffic on the internet. Edward Snowden’s leaks revealed that the NSA target Tor users and that the agency has struggled to deanonymize users on the network. One of the big outstanding issues was how the FBI managed to uncover the real IP address of the server hosting the Silk Road. Last month Ulbricht’s lawyers filed a motion seeking to uncover details on how the FBI located the server. On Friday Wired reported that the FBI had responded with their own filing detailing how they uncovered the server: The FBI claims to have found the server’s location without the NSA’s help, simply by fiddling with the Silk Road’s login page until it leaked its true location.[..]they found a misconfiguration in an element of the Silk Road login page, which revealed its internet protocol (IP) address and thus its physical location. The affidavit goes on to say: 6. Addendum 1. 2.

Deepweb.to | your entry to the Deep Web, Darknet, Onionland, Tor, Hidden Wiki, Deepweb 2014/02/09 Memex Aims to Create a New Paradigm for Domain-Specific Search February 09, 2014 New program seeks user-defined, domain-specific search of public information, and plans to use its groundbreaking research to fight human trafficking Today's web searches use a centralized, one-size-fits-all approach that searches the Internet with the same set of tools for all queries. While that model has been wildly successful commercially, it does not work well for many government use cases. For example, it still remains a largely manual process that does not save sessions, requires nearly exact input with one-at-a-time entry, and doesn't organize or aggregate results beyond a list of links. To help overcome these challenges, DARPA has launched the Memex program. “We’re envisioning a new paradigm for search that would tailor indexed content, search results and interface tools to individual users and specific subject areas, and not the other way around,” said Chris White, DARPA program manager. Tweet @darpa

100 Search Engines For Academic Research Back in 2010, we shared with you 100 awesome search engines and research resources in our post: 100 Time-Saving Search Engines for Serious Scholars. It’s been an incredible resource, but now, it’s time for an update. Some services have moved on, others have been created, and we’ve found some new discoveries, too. Many of our original 100 are still going strong, but we’ve updated where necessary and added some of our new favorites, too. Check out our new, up-to-date collection to discover the very best search engine for finding the academic results you’re looking for. General Need to get started with a more broad search? iSEEK Education:iSeek is an excellent targeted search engine, designed especially for students, teachers, administrators, and caregivers. Meta Search Want the best of everything? Dogpile:Find the best of all the major search engines with Dogpile, an engine that returns results from Google, Yahoo! Databases and Archives Books & Journals Science Math & Technology Social Science

Cybercrime in the DeepWeb Earlier, we published a blog post talking about the recent shut down of the Silk Road marketplace. There, we promised to release a new white paper looking at cybercrime activity on the Deep Web in more detail. This paper can now be found on our site here. While the Deep Web has often been uniquely associated with The Onion Router (TOR), in this paper we introduce several other networks that guarantee anonymous and untraceable access — the most renowned darknets (i.e., TOR, I2P, and Freenet) and alternative top-level domains (TLDs), also called “rogue TLDs.” We analyzed how malicious actors use these networks to exchange goods and examined the marketplaces available in the Deep Web, along with the goods offered. Due to the large variety of goods available in these marketplaces, we focused on those that sparked the most interest from cybercriminals and compared their prices with the same kinds of merchandise found in traditional Internet underground forums, mostly Russian.

Deep Web Search Engines Where to start a deep web search is easy. You hit Google.com and when you brick wall it, you go to scholar.google.com which is the academic database of Google. After you brick wall there, your true deep web search begins. You need to know something about your topic in order to choose the next tool. To all the 35F and 35G’s out there at Fort Huachuca and elsewhere, you will find some useful links here to hone in on your AO. If you find a bad link, Comment the link below. Last updated July 12, 2016 – updated reverse image lookup. Multi Search engines Deeperweb.com – (broken as of Sept 2016, hopefully not dead) This is my favorite search engine. Surfwax – They have a 2011 interface for rss and a 2009 interface I think is better. www.findsmarter.com – You can filter the search by domain extension, or by topic which is quite neat. Cluster Analysis Engine TouchGraph – A brilliant clustering tool that shows you relationships in your search results using a damn spiffy visualization. General Videos