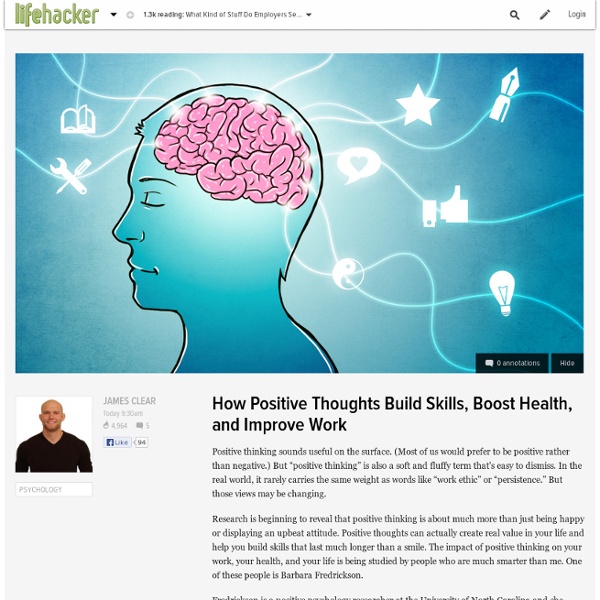 I'd love to talk to the person that thinks running away from a wild tiger is a good idea, after they've successfully run away from it. Tiger sees a big meat bag running away from it, instinct response is tiger chases, pins & eats said meat bag. Granted, if I happen across a tiger in the wild, I'd be scared sh*tless - but running wouldn't be my first option. Neither would climbing a tree (because tigers can climb - probably far better than I can). I'd personally opt for the largest stick/rock I could comfortably wield, and backing away slowly, without turning my back on the tiger, and with the backup plan of shoving said stone/stick down said tigers throat with a loud "eat that you f**ker!" Fear triggers fight or flight - dead people chose the flight option with the tiger, badly mauled people chose the fight option.

10 Articles That Changed My Life It’s easy to find a well written article. It’s not always easy to find a well written article with genuine value. That’s because the Internet has nearly limitless value — you can use it to look up the correct spelling of a word, or to translate text between languages, or even figure out “what’s the name of that guy from that movie who was in that other movie?” You can also use the Internet to go shopping while at home, or do job searching while at work, or publish blog entries while on vacation. 10 EPIC Quotes from “Conversations With God” “Conversations With God: An Uncommon Dialogue” by Neal Walsh is one of my favorite books of all time, hands down. It is written from the point of view of god (but it’s not religion, so don’t scoff quite yet) telling man how he should live his life. I like to think of it as god’s hypothetical edits to the incredibly skewed, modern interpretation of the ‘The Bible.’ These are my ten favorite quotes from the book that I read every morning: 1“Go ahead an do what you really love to do!

scientific-studies-explain-the-best-ways-to-talk-to-chi-582531307 This is right in line with what I deal with at home. I have a 3 year old. He'll answer direct, closed questions, can identify when I'm asking a silly one (if I ask if a red crayon is blue he'll say: "no it's not, silly! It's red!"). Study Explains Cognitive Illusion of Psychic Powers New research demonstrates that humans can subconsciously detect and assimilate changes in visual stimuli without knowing where that information came from, or what exactly changed. The study suggests that this phenomenon of “knowing without knowing” can often be mistaken for psychic ability or supernatural intuition. ANALYSIS: How Psychics Play the Odds and Still Lose A team of researchers at the University of Melbourne led by Piers Howe presented test subjects with pairs of color photographs of the same person’s face. In some cases the two photographs were identical. In others there were minor but significant differences (for example in one photo the person might be wearing glasses, or have a different hairstyle).

Secrets For A Natural Life Life Secrets and Tips Life Secrets and Tips, 50 Life Secrets and Tips, Life Secrets, Secrets For A Natural Life: Memorize something everyday. Not only will this leave your brain sharp and your memory functioning, you will also have a huge library. You’ve Got Plenty Of Time Yes, you do. I’ve caught myself whispering this in my own ears frequently during the last few days. And it worked. Atomic bombs help solve mystery: does the adult human brain produce new neurons? Radioactive carbon-14 atoms released by atomic bomb tests are helping scientists determine new neurons produced in the brain (credit: Spalding et al./Cell) A study in the journal Cell reveals that a significant number of new neurons in the hippocampus — a brain region crucial for memory and learning — are generated in adult humans.

You're not going to read this Earlier this month, there was yet another lengthy public debate about Upworthy, the two-year-old publisher that has become one of the most popular sites on Facebook due to its knack for overselling its bite-size content with "curiosity gap" headlines like, "Why Is Bill Nye Acting Like A Lunatic? Because He Doesn't Want To Get Blown Up, That's Why." In the midst of the Twitter argument, Tony Haile, CEO of Chartbeat, which measures real-time traffic for sites like Upworthy, dropped a bomb: "We've found effectively no correlation between social shares and people actually reading," he wrote. If you work in media, or have a blog, or are the sort of person who pays any attention to things like how many tweets an article has, this statement probably comes as a surprise.

101 Important Questions To Ask Yourself by Celes on Oct 30, 2010 | ShareThis Email This Post “The key to wisdom is knowing all the right questions.” – John Simone What questions do you ask yourself every day? How Not to Be Offended Editor’s note: This post was written by Shemsi Prinzivalli. There is an ancient and well-kept secret to happiness which the Great Ones have known for centuries. They rarely talk about it, but they use it all the time, and it is fundamental to good mental health. This secret is called The Fine Art of Not Being Offended. In order to truly be a master of this art, one must be able to see that every statement, action and reaction of another human being is the sum result of their total life experience to date. In other words, the majority of people in our world say and do what they do from their own set of fears, conclusions, defenses and attempts to survive.

Sleep mechanism identified that plays role in emotional memory Ambien (zolpidem) Sleep researchers from University of California campuses in Riverside and San Diego have identified the sleep mechanism that enables the brain to consolidate emotional memory and found that Ambien, a popular prescription sleep aid, heightens the recollection of and response to negative memories. Their findings have implications for individuals suffering from insomnia related to post-traumatic stress disorder (PTSD) and other anxiety disorders who are prescribed zolpidem (Ambien) to help them sleep. The study was funded by a National Institutes of Health career award to Sara C. Mednick, assistant professor of psychology at UC Riverside, of $651,999 over five years.