Mythologies of the indigenous peoples of North America 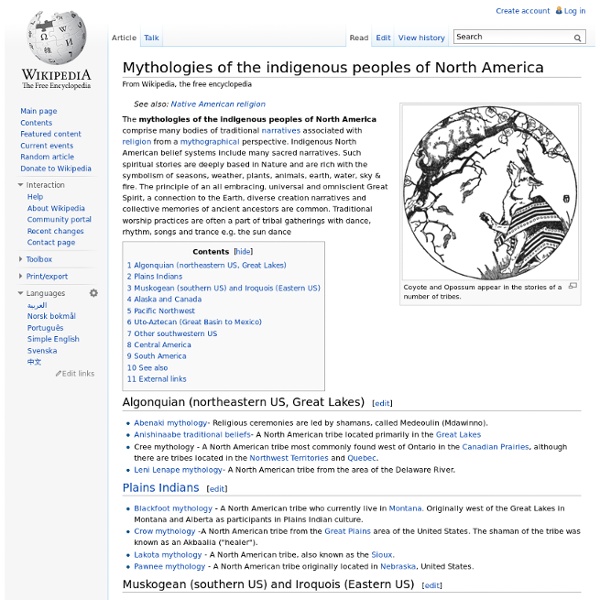 Meditation Monday: Accessing Inner Beauty | Chakra Center For today’s meditation, I thought I’d offer another excerpt from the “Writing to Connect with the Elves” online class. Access beauty, restore balance of the masculine and feminine energies within you, and release your deepest desires from resistance. “To see this realm – the realm of thought forms, is to see resistance to your desires. It is to see yourself in a mirror; it is to see wounds, to see joy, and forgotten bliss. It takes courage to enter this realm. But what you will need most of all is creativity, and this comes from directly connecting to your feminine energy. In your dimension, there is an imbalance of masculine and feminine energy (within each individual, and as a whole), that if not restored, will prevent you from fully entering our realm. To “Pursue and conquer” is in the masculine agenda. Femininity is not honored or respected in your world. True beauty, in our realm, reflects as a direct result from energetic beauty through our physical forms. Balance Bonus: Like this:

Shasta Secrets « Mt Shasta Spirit ysterious Shasta beckons the world-weary traveler, eager to escape from the world of the mundane into the world of the divine. Even the stark, rolling beauty of the northern California highway, flirting with the foothills of the Sierra Nevada, sharply gives way to the sublime majesty of mighty Shasta’s peak. Upon approaching the scenic beauty of the great mountain and its numerous secondary features, one feels somehow transported to another land, to a magical, former time when life was simpler, and grander. My first experience with Shasta was as a side trip while visiting relatives in northern California one summer. After some window shopping in cozy downtown Mount Shasta city, a luxurious hike on Shasta’s Bunny Flat Trail, and a visit to the Sisson Museum, my traveling companions and I settled down for a bite to eat at the Black Bear Diner, a great little diner southeast of the city center. Bascom liked to hike on the upper slopes of Mt. Mt. Mt.

elimination | makeyourownhealth Hello! It’s been a while. It’s springtime now- a time of cleansing, rebirth, and change. I’m feeling positive as my health mission continues. The two week colon cleanse seemed to have been a moderate success; I think I expelled some stored toxins, but my digestive issues are by no means cured. I recently read The Body Ecology Diet by Donna Gates, which is a program designed to bring unhealthy bacteria overgrowth under control and repopulate the good guys. What I like about the book is the idea of not only starving the yeast, which I’ve been trying to do by avoiding sugar, refined carbs, and alcohol, but sending in some troops of good bacteria to fight them. Also on the advice of The Body Ecology Diet and my tummy, I have been incorporating some very simple vegetable soups into my diet. One more thing I am working on adding to my diet every day is sea vegetables.

Roman mythology Roman mythology is the body of traditional stories pertaining to ancient Rome's legendary origins and religious system, as represented in the literature and visual arts of the Romans. "Roman mythology" may also refer to the modern study of these representations, and to the subject matter as represented in the literature and art of other cultures in any period. The Romans usually treated their traditional narratives as historical, even when these have miraculous or supernatural elements. The stories are often concerned with politics and morality, and how an individual's personal integrity relates to his or her responsibility to the community or Roman state. Heroism is an important theme. When the stories illuminate Roman religious practices, they are more concerned with ritual, augury, and institutions than with theology or cosmogony.[1] The nature of Roman myth[edit] Founding myths[edit] Other myths[edit] Mucius Scaevola in the Presence of Lars Porsenna (early 1640s) by Matthias Stom

A Primer on Native American Spirituality: It’s History, Influence & Legacy “Benjamin Franklin, Tom Paine, Thomas Jefferson, and John Adams, among others, openly acknowledged their debt to Native Americans for the structure of the democracy they crafted. The same revolutionary concepts of government they learned from the Indians were later exported to Europe, where they were carried directly by Thomas Paine.” As American Indians emerged during the past century from the controlling influence of Christian missionaries on the reservations, they have fought to reclaim their religious heritage and to guard it from distortion by the dominant white culture of North America. Some Native Americans have expressed the feeling that their religion is not appropriate for use by outsiders, and that non-Indians have no business participating in Indian rituals such as the sweat lodge and vision quest. The Roots of Democracy Rituals and Customs In many cases, however, tribes differ among themselves as to specific rituals and ceremonies. Like this: Related

Earthcode: White Buffalo Teachings with Chief Arvol Looking Horse To everyone who cares for peace..... written by Peter Champoux Listen to a story that has blazed up bright from the council-fires of the Dakotas. This story is the life of Chief Arvol Looking Horse who was born on the Cheyenne River Reservation in South Dakota, in third world conditions. At the age of twelve, Arvol was given 'the pipe' by his grandmother, along with a particular challenge that comes with this responsibility as the Keeper of the White Buffalo Calf Woman Pipe of Peace: Arvol could not swear, drink alcohol, or fight. Through his extensive travels over the past several years, Arvol has brought to the world the peace-message as taught by White Buffalo Calf Women through an annual event he named World Peace and Prayer Day. Integral to Chief Looking Horse's vision of World Peace and Prayer Day is that these celebrations take place at honored sacred sites. He grants interviews, and is an inspiration for all. Sincerely, Peter Champoux WHITE BUFFALO TEACHINGS Hau Kola. Hau kola.

Astrology, Soulcraft(TM) & Shamanism as Tools for a Soulful Life Greek mythology Greek mythology is explicitly embodied in a large collection of narratives, and implicitly in Greek representational arts, such as vase-paintings and votive gifts. Greek myth attempts to explain the origins of the world, and details the lives and adventures of a wide variety of gods, goddesses, heroes, heroines, and mythological creatures. These accounts initially were disseminated in an oral-poetic tradition; today the Greek myths are known primarily from Greek literature. Archaeological findings provide a principal source of detail about Greek mythology, with gods and heroes featured prominently in the decoration of many artifacts. Sources Literary sources The poetry of the Hellenistic and Roman ages was primarily composed as a literary rather than cultic exercise. Finally, a number of Byzantine Greek writers provide important details of myth, much derived from earlier now lost Greek works. Archaeological sources Survey of mythic history Origins of the world and the gods

Spirituality is the basis of the Native American culture. The tales and mythical stories inspire themselves from nature: the seasons, the weather, the plants, the animals... Every tribe has its own legends. Nevertheless, they commonly share the same beliefs such as the existence of the Great Spirit. by kissiakovzhou Oct 20