STEVEN SEAGAL TOLD US THE TRUTH AND WE DIDN'T LISTEN! 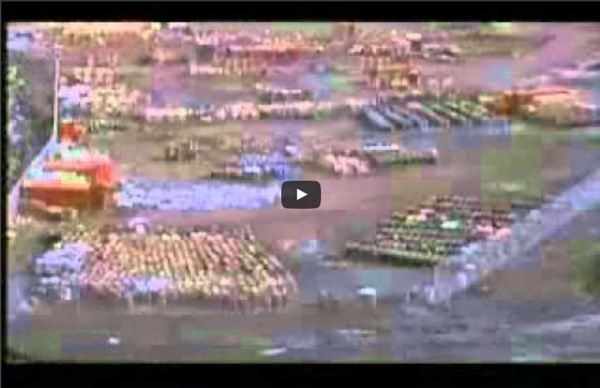 = WTF! + China admits to existence of 'cancer villages' sprouting up due to extreme pollution, chemical exposure (NaturalNews) On the heels of my own publication of articles questioning the integrity of "certified organic" when it comes to foods and superfoods produced in mainland China, a blockbuster report from China's own environmental ministry slams another exclamation mark on the severity of the problem. For the first time in history, the Chinese government is now openly admitting that severe exposure to chemicals via water pollution, air pollution and environmental pollution is causing the rise of "cancer villages" across China. Their report states: Poisonous and harmful chemical materials have brought about many water and atmosphere emergencies... certain places are even seeing 'cancer villages'... It goes on to admit: [China allows the use of] poisonous and harmful chemical products that are banned in developed countries and pose long-term or potential harm to human health and the ecology. Pollution? In reality, China has the worst pollution problems of any modern nation on our planet.

Guilty of Pesticide Crimes, Wal-Mart Fined $81 Million WASHINGTON, DC, May 28, 2013 (ENS) – Retail giant Wal-Mart Stores today pleaded guilty to illegally handling and disposing of hazardous pesticides at its retail stores across the United States. Hazardous wastes and pesticides returned to stores by customers were put into municipal trash bins or, if liquid, poured into local sewer systems, according to U.S. Justice Department and Environmental Protection Agency officials. Wal-Mart transported tons of these hazardous materials without proper safety documentation to one of six product return centers located throughout the United States. Wal-Mart Stores Inc. pleaded guilty in cases filed by federal prosecutors in Los Angeles and San Francisco to six counts of violating the Clean Water Act by illegally handling and disposing of hazardous pesticides at its retail stores. As part of a plea agreement filed in California, Wal-Mart was sentenced to pay a $40 million criminal fine. Copyright Environment News Service (ENS) 2013.

BP to start three new Gulf of Mexico oil rigs | Business The Deepwater Horizon disaster spewed 4.9m barrels of oil into the Gulf of Mexico. Photograph: Getty Images BP is planning to start three new oil drilling rigs in the Gulf of Mexico this year. Bernard Looney, BP's executive in charge of new wells, said BP is expecting to spend $4bn (£2.5bn) on new developments in the Gulf of Mexico this year and hopes to "invest at least that much every year over the next decade". "After much soul-searching in the fall of 2010, we concluded it would be wrong to walk away [from the Gulf of Mexico]," Looney said at an offshore oil conference in Houston, Texas, on Monday. He said the Deepwater Horizon disaster, which killed 11 people, had "challenged us to the core", but said the company has been working hard to help prevent "such an accident from ever happening again". While conceding that BP was in "absolutely no position to preach", he called on the industry to adopt broader safety standards.