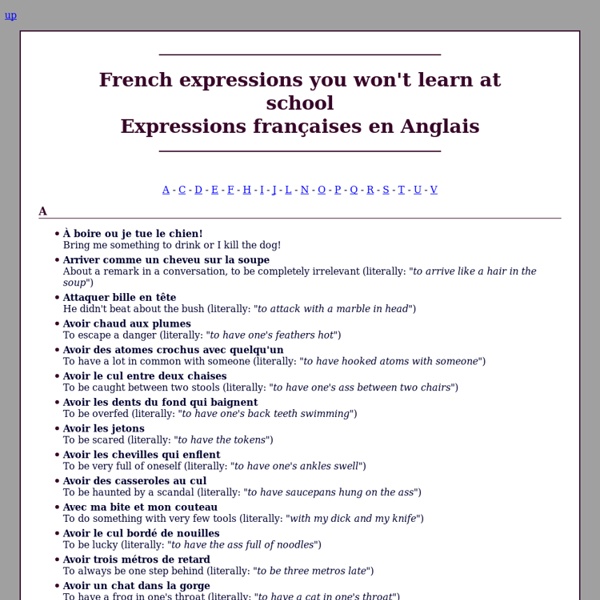 The Funny Episode : French humor and everyday jokes Bonjour ! French people love “humor” so much, they make it look like “love”. Comedy takes many forms, including these common jokes and wordplay. The Amélie Project Le Fabuleux Destin de . . . my final project for my Color as Communications class. I’ll spare you the 10 page paper and 20-minute presentation on color in Le Fabuleux Destin de Amélie. The format is really designed more for a larger powerpoint style presentation, supplemented by verbal explanation, but you can click on the image to enlarge (and actually read the text). Essentially, this project was inspired by watching the Amélie Director’s Cut [disk 2] with interviews with director Jean-Pierre Jeunet and cinematographer, Bruno Delbonnel. Merging Jeunet’s ideas and mine, I created the notebook you see below using screenshots from the film and images (bordered in white) that I’ve shot over the past few weeks. While color is everywhere in the film – costumes, sets, props, etc. – I chose to center on Paris itself.

Basic French – Learn French Online Course Description French is spoken by millions of people in many countries around the world and is a very popular second language to learn. ALISON's free online course is a series of engaging video lessons for beginners that introduces the learner to various aspects of the French language including basic French vocabulary and grammar. By studying this French course you will quickly pick up conversational French that will help you deal with everyday situations you may find yourself in when you visit a French speaking country. ALISON's online course will help you learn French online and will be of great interest to all learners who want to pick up basic French language skills. To qualify for your official ALISON Diploma, Certificate or PDF you must study and complete all modules and score 80% or more in each of the course assessments.

French in Action Due to licensing agreements, online viewing of the videos for this resource is restricted to network connections in the United States and Canada. Orientation An introduction to French in Action: its creation, its components, and its functioning. How to work with the video programs and how to integrate them with the audio and print components. This is the only program in English; the others are entirely in French. Planning and Anticipating I Greeting and leave-taking; talking about health; expressing surprise; planning and anticipating; expressing decisiveness and indecisiveness. Subject pronouns; masculine and feminine adjectives and nouns; definite and indefinite articles; immediate future; agreement in gender and number; aller; être; present indicative of -er verbs.

Avoir l'esprit de l'escalier - French Idiom Usage notes: The French expression avoir l’esprit de l’escalier refers to an inability to think of a witty comeback (or any sort of intelligent response) until it’s too late to be of any use. Esprit means wit, and escalier, or staircase, symbolizes your departure from the gathering where the response was needed. But you can also use this expression while still at a party; for example, if you come up with a response only after the topic has changed and it’s too late for you to make your oh-so-brilliant comment without looking foolish. Par exemple… Lors de la réunion, Céleste m’a fait remarquer qu’il y avait plusieurs fautes d’orthographe dans mon dernier article.

The unsung museums of Paris Pass through La Pinacothèque during the weekday lunch hour, and you'll soon realise that if there's one thing that rivals a Parisian's obsession with food, it's art. Although French lunches can be famously long, many of the daytime visitors to La Pinacothèque had apparently sacrificed their midday meal in order to find a different type of satiation. This passion for art, and culture in general, is reflected in the vast number of museums in Paris. According to the municipality there are 204 of them, one of the highest such counts in the world. Everyone knows the Louvre, the Centre Pompidou and the Musée d'Orsay, but with some 200 others, you could come to Paris dozens of times and still see something new on each trip.

Travel - Why the French don’t show excitement When I was 19 years old, after five years of back-and-forth trips that grew longer each time, I finally relocated officially from the United States to France. Already armed with a fairly good grasp of the language, I was convinced that I would soon assimilate into French culture. Of course, I was wrong. There’s nothing like cultural nuance to remind you who you are at your core: my Americanness became all the more perceptible the longer I remained in France, and perhaps no more so than the day a French teacher told me his theory on the key distinction between those from my native and adopted lands. “You Americans,” he said, “live in the faire [to do]. The avoir [to have].

Business French Training Course London All Communicaid French language course trainers are native speakers with at least 3 years' professional French training experience. In addition to relevant academic and linguistic qualifications and experience, many of our French trainers also possess considerable exposure and expertise in the professional world. Your French course trainer will be assigned to you following the results of your diagnostic consultancy according to your objectives and areas of focus. Detailed below is a sample profile of a member of our French training team who will take your French class. PC currently manages Communicaid's team of trainers that teach our French language courses in London and is also responsible for running trainer development workshops.

100 Incredible Lectures from the World's Top Scientists by Staff Writers By Sarah Russel Unless you’re enrolled at one of the best online colleges or are an elite member of the science and engineering inner circle, you’re probably left out of most of the exciting research explored by the world’s greatest scientists. But thanks to the Internet and the generosity of many universities and online colleges, you’ve now got access to the cutting edge theories and projects that are changing the world in this list below. How to Say "How Are You" in French Like a Local You walk to your friend, ask him “comment allez-vous ?” (how are you) and expect a passionate answer about what’s he’s been up to lately. Instead, your friend simply answers “good, and you?”. What did you do wrong? Not much. In fact, the only mistake you made was to use the wrong “how are you”.

Touring Paris’ historic cemeteries Paris is a city known for its colourful locals and decorative arts – a traveller can find some of the best examples of both simply by visiting one of Paris' several landmark cemeteries. Sure, the inhabitants may be a tad on the quiet side, but how else will you get to visit the likes of François Truffaut, Oscar Wilde, and Édith Piaf? You don't have to be a morbid-minded person to seek out Parisian cemeteries, in fact the three detailed below are some of the most visited sights in the city, and are bound to be of interest to any traveller with an interest in history and the arts. Anyone looking for some peace will be certain to find the beautiful park-like landscapes provide a restful break from the bustle of Paris. 1.