Architecture tourism in the south of France, at Cap Moderne. ROQUEBRUNE-CAP-MARTIN, France — In the category of architecture tourism, Cap Moderne is a niche within a niche: a staggeringly beautiful location next to Monaco at the Cote d’Azur, a museum of minimalist 20th century design — and a sex-charged tale of human drama as well. 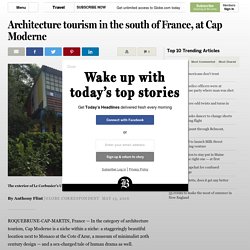 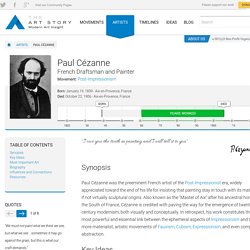 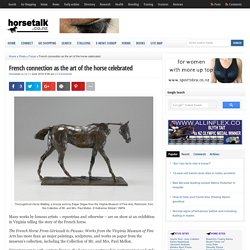 Paul Mellon. © Katherine Wetzel / VMFA Many works by famous artists – equestrian and otherwise – are on show at an exhibition in Virginia telling the story of the French horse. Life After Love Locks: Art Comes Back to Paris' Pont des Arts Bridge. June 1, 2015 was the day the love died. 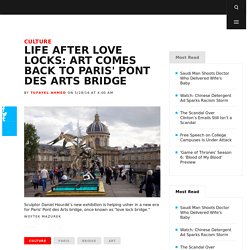 That day an estimated one million padlocks, dubbed “ love locks,” were removed from Paris’ famed Pont des Arts bridge—connecting the Louvre and the Institut de France across the Seine. Ironically, the city of love had fallen out of love with its unlikely tourist attraction. The padlocks, weighing 45 tons, began accumulating on the bridge’s railings around 2008. By June 2014, they were causing a strain on its infrastructure, and one railing collapsed.

A year later, city officials diverted the path of true love for good. Almost 12 months from the padlocks’ removal, Parisians and tourists alike are being wooed back to the Pont des Arts in its latest incarnation: a destination for outdoor art exhibitions. Try Newsweek for only $1.25 per week Hourdé’s exhibition will see the Pont des Arts adorned with large, steel tree sculptures. “The architect of the bridge wanted it to be a garden. "Lovers never needed a physical proof to express their love.” Couture Fashion Week 2016: Alberta Ferretti Joins Calendar, To Show In Paris. Designer Alberta Ferretti will show her namesake brand's Limited Edition line at Paris Couture Week in July. 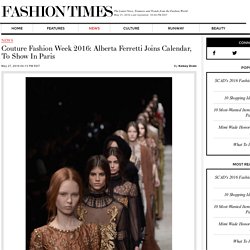 "The decision to present Alberta Ferretti Limited Edition for the first time during the days of haute couture is a natural evolution of the collection," Ferretti told Vogue U.K. "The collection reflects my desire to create ever more exclusive, detailed designs, to meet the needs of my most discerning customers. " Ferretti's unique Limited Edition range is considered demi-couture and is known for featuring ultra-feminine and romantic cocktail dresses and gowns. "I thought it was time to give a real identity to Limited Edition," Ferretti told American Vogue. "When I started it in 2011, I only presented it once a year as a capsule created to meet the demand of my customers for both evening and cocktail attire.

" "Each year, it's had a greater impact on the business. The upcoming Pairs show is scheduled to take place on July 3, right before Atelier Versace hits the runway. ‘People Like to Say France Is No Longer a Center for the Art Business, Which Is Questionable’: FIAC Arrives in Paris. Michel Majerus, overdose, 1997. 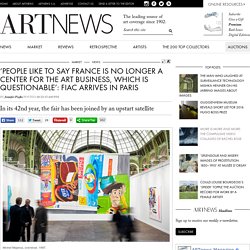 Winding through Paris’s slender ribbons of streets and majestic boulevards, the city objects to any suggestion of urban urgency or weekday efficiency—it’s just about impossible to rush anywhere, or anyone. So stepping into FIAC in the Grand Palais during the fair’s preview was completely crushing, as if just about everyone in Paris had paused, dropped whatever they were doing, and decided that they have to be at an art fair and consume everything it has on offer—every piece of eye candy brought by the 180 exhibitors, every plastic flute of Perrier-Jouët—all at once. Belgian fashion designer Raf Simons sailed past in a quick stride in the opening minutes, joining the usual lively mess of collectors, artists, advisors, gallerists, assistants, installers, and arrivistes tangled in air-kiss meetings and 11 a.m.

Champagne toasts. Katharina Grosse, Untitled, 2013. New York dealer Steve Pulimood showed work by G. Paris Fashion Week 2015: Haute Couture Recap For Dior, Chanel, Versace, Armani [PHOTOS] After a week of terror, Paris is back to being the fashion capital of the world and the couture is fierce. 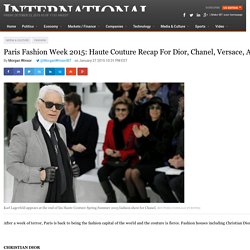 Fashion houses including Christian Dior, Chanel, Versace and Armani showed off timeless designs in forward-looking silhouettes on the catwalk. So far, the spring-summer collections exude a fearless France and Parisian pride at Paris Fashion Week's Haute Couture shows, which kicked off Sunday. Raf Simons' designs at the Dior couture show Monday featured graphic layers of sequins, lace and tulle in a dreamy color scheme, paired with bright vinyl pumps and set to a David Bowie soundtrack. “He’s a chameleon, able to reinvent himself,” Simons told Style.com. “But he’s also the materialization of something else. A model presents a creation by Belgian designer Raf Simons as part of his Haute Couture Spring Summer 2015 fashion show for French fashion house Christian Dior in Paris January 26, 2015. Models present creations by Italian designer Donatella Versace.