BBC Radio 3 - Between the Ears, Concrete Paris. October 17, 1961: A massacre of Algerians in the heart of Paris. It was one of the darkest days in France’s history. 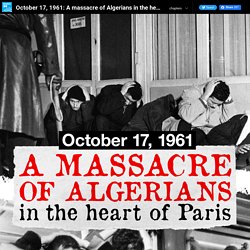 On October 17, 1961, as the Algerian War of Independence was nearing its end, the Paris police brutally repressed a demonstration of French Algerians in the heart of the city. That night, and over the next few days, demonstrators were beaten, killed or thrown into the River Seine, where they drowned. The protest was called for by the French branch of the National Liberation Front (FLN), which was fighting for Algerian independence, against a curfew imposed on Algerians by the head of the Paris police force, Maurice Papon. Police, politicians and the media covered up this massacre. It was the “most violent” repression of a protest in Western Europe’s postwar history, noted British historians Jim House and Neil MacMaster in their seminal 2006 study, “Paris 1961: Algerians, State Terror, and Memory”. The Essential Guide To France's Rap And Hip-Hop Artists.

From the official music video of 'Peace and Love' by General Degree in cooperation with Prospa DUB Production | Vimeo Paris inaugurated its first hip-hop cultural center, La Place, in September 2016, some thirty odd years after the introduction of hip-hop and rap culture in France. 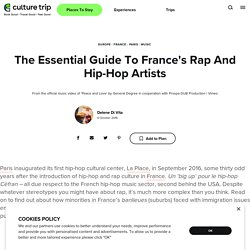 Un ‘big up’ pour le hip-hop Cèfran – all due respect to the French hip-hop music sector, second behind the USA. Despite whatever stereotypes you might have about rap, it’s much more complex than you think. Read on to find out about how minorities in France’s banlieues (suburbs) faced with immigration issues endeavor to channel their incentives through rap and hip-hop with a historical and social purpose.

A subcultural movement which originated in the Bronx, hip-hop and rap are pillars of the music world, being the most practiced worldwide compared to blues, salsa, jazz, rag-time and rock’n’roll. Post-War Paris through the eyes of photojournalist Paul Almasy. Atget’s Paris, 100 Years Later. Marguerite Duras, Les mains négatives (Negative Hands) - Video & Film. E-flux and the International Short Film Festival Oberhausen are pleased to present Marguerite Duras's Les mains négatives, the second film in the joint series From My Window / From Your Window. 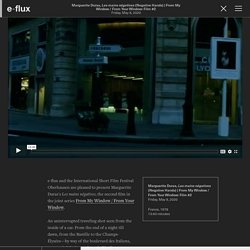 An uninterrupted traveling shot seen from the inside of a car. From the end of a night till dawn, from the Bastille to the Champs-Élysées—by way of the boulevard des Italiens, avenue de l'Opéra, and rue de Rivoli—a depopulated Paris offers itself to Marguerite Duras' voice. The Beach Beneath the Street. The lack of politicisation in the recent riots around Britain can be frustrating to those steeped in French theory, those who see the riot as what Martin Luther King described as the “language of the unheard”. 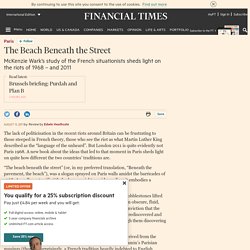 But London 2011 is quite evidently not Paris 1968. A new book about the ideas that led to that moment in Paris sheds light on quite how different the two countries’ traditions are. Laurent Kronental. Neglected Utopia: Photographer explores the forgotten modernist estates of Paris. From the 1950s to the 1980s, Paris was booming. 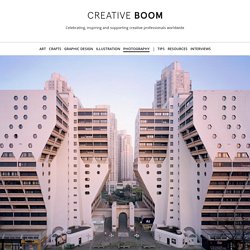 Foreign migration and urbanisation of the city caused a huge surge in population and a crisis for housing. France’s solution came in the form of vast housing projects and so during this period massive, modernist and really quite unique estates sprung up across the city — aiming for a new way of living. Just a few decades later and these towering buildings look dated, discarded and forgotten. Often stigmatised by the media, they divide opinion in France and have been left mostly occupied by the ageing community of ‘urban veterans’ who first made it their home, as the younger generation are drawn to more contemporary city living. 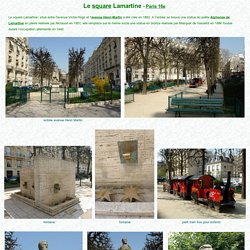 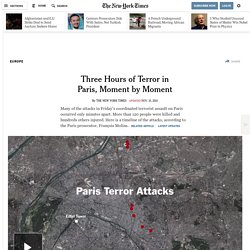 LE FUMOIR PARIS. Towards a Taxonomy of Edgelands Literature. Susan Sontag, in her 1969 work Styles of Radical Will, claimed that ‘there is no such thing as empty space. 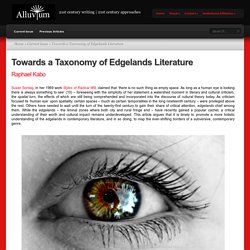 As long as a human eye is looking there is always something to see’ (10) – foreseeing with the simplicity of her statement a watershed moment in literary and cultural criticism, the spatial turn, the effects of which are still being comprehended and incorporated into the discourse of cultural theory today. As criticism focused its ‘human eye’ upon spatiality, certain spaces – much as certain temporalities in the long nineteenth century – were privileged above the rest.

Others have needed to wait until the turn of the twenty-first century to gain their share of critical attention, edgelands chief among them. While the edgelands – the liminal zones where both city and rural fringe end – have recently gained a popular cachet, a critical understanding of their worth and cultural impact remains underdeveloped. [Image by Bradley Johnson under a CC BY-NC-ND license] 1. 2. 3. 4. Arcades - The Arcades Project Project or The Rhetoric of Hypertext by Heather Marcelle Crickenberger. Paris: Capital of the 19th Century. 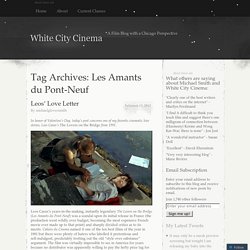 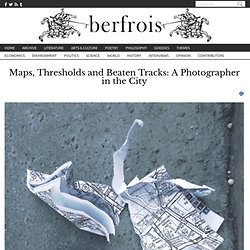 Peter Turnley: French Kiss – A Love Letter to Paris. Peter Turnley is a renowned photojournalist, who has, for more than four decades, created an enduring legacy of memorable images that reveal the depth and pathos of our common human experience and history. Turnley has photographed monumental moments of historic change and revolution including the Gulf War, Iraq, Kosovo, Bosnia, Chechnya, the fall of the Berlin Wall, revolutions in Eastern Europe, Tiananmen Square, the release of Nelson Mandela, the end of apartheid in South Africa, and many world leaders including President Barack Obama.

In his new book “French Kiss – A Love Letter to Paris,” he reveals moments of poetry and beauty he witnessed as a street photographer during the past 40 years of documenting the city of love, which is his adopted home. Q: Hi Peter, how did you get started with photography? A: I was sixteen years old. I had a serious injury from playing high school football. Q: What does photography mean to you? Q: Which photographic idols have inspired you? Paris Kertesz by Jean-François Dars & Anne Papillault. Rivette: Paris, Ramparts.

Paris 1900-2013 en photos : pilotez notre fabuleuse machine à remonter le temps. Messy Nessy Chic The Paris Time Capsule Apartment. A Parisian apartment left untouched for over 70 years was discovered in the quartier of Pigalle a few summers ago and I’ve been meaning to share the pictures with you. Time to unlock the vault … Perhaps Paris. Listen, there is no way around it. In the article that follows I'm going to be forced to wield sweeping generalisations, peddle the occasional stereotype, and generally piss off the people of my adopted home. However. It needs to be done. It's like one of those difficult talks that normally take place in the kitchen and are basically painful for one party.

Paris is Brewing. Hoi Chi Ng Télescope, a cafe run by Nicolas Clerc and David Flynn in the First Arrondissement in Paris. Finally, Paris has a coffee scene. The city has always been the paradox of the industry, a great cafe town where an otherwise discerning audience happily throws back watery shots of ashy swill. I first wrote about Paris coffee in 2010, and after returning to the topic last year I decided to sit on my hands until somebody in the city figured out what it was missing. It happened. This year, three cafes opened that treat coffee as if it’s a part of the world of gastronomy , a drink to be crafted and savored, rather than a commodity, sold as if it’s fuel. The city is late to the dance — it’s easier to get a beautiful espresso by the Barbican than by the Bastille — but let’s not hold that against them. Charles Rearick dreams of every Paris. Femen's topless warriors start boot camp for global feminism.