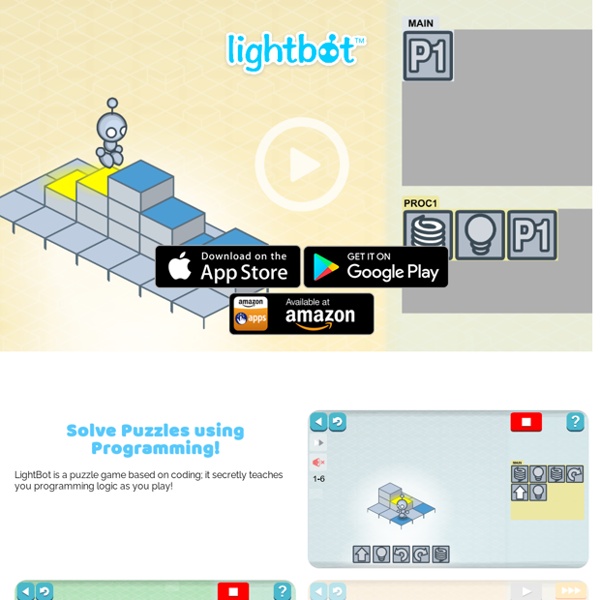 Your boss is worried you soon won't have the skills needed to get a job Robot servers don't ask to be paid. (Johannes Eisele/AFP/Getty Images) Nearly a third of business leaders and technology analysts express “no confidence” that education and job training in the United States will evolve rapidly enough to match the next decade’s labor market demands, a new report from the Pew Research Center finds. About 30 percent of the executives, hiring managers, college professors and automation researchers who responded to the Pew survey felt future prospects looked bleak, anticipating that firms would encounter more trouble finding workers with their desired skill sets over the next decade. “Barring a neuroscience advance that enables us to embed knowledge and skills directly into brain tissue and muscle formation, there will be no quantum leap in our ability to ‘up-skill’ people,” wrote Andrew Walls, managing vice president at Gartner, an IT consulting firm. business

soyrobot17- Symbaloo Gallery Related keywords: MiBlog , Mestre@casa , European , Robotics , Week , 2015 , BLOG , EU , ROBOTICS , Week , 2015 , MI Teacher led Hour of Code lesson plans - by grade and subject Now that tens of thousands of educators have tried the Hour of Code, many classrooms are ready for more creative, less one-size-fits-all activities that teach the basics of computer science. To help teachers find inspiration, we collected and curated one-hour teacher-led lesson and activity plans designed for different subject areas for Hour of Code veterans. Elementary School Scratch Animate Your Name Ages 8 to 16. Programming, Creativity, Web-based. Verismo Given the number of reality programs on TV these days, we might be forgiven for thinking that the notion of exploring real life in art and in literature is a new idea, yet about 1890, an Italian opera movement, now known as verismo (which roughly translates as "true to life") also looked at the lives of ordinary folks in moments of extreme personal tragedy. What separates these operas from their predecessors is that the heightened emotions are not centered on kings and mythic heroes, but rather on common people in the contemporary world. Towards the end of the 19th century, several literary movements came to light that sought to portray the lives of everyday people in a frank, unglamorous manner, and also to treat these stories in a serious way, as momentous happenings. The first of these literary movements took hold in France.

Tech Tips for Teachers: 3 Ways to Use QR Codes in the Classroom Although QR codes have long since lost their shiny, new glow, the technology hasn’t lost its value in education. The rise of one-to-one computing and bring-your-own-device programs in K–12 schools means students access digital learning tools more than ever before. And QR codes, which launch websites with the click of a button, make it so students can spend more time learning and less time typing out complicated URLs. Here are three specific uses for QR codes in the classroom, curated from educators around the web:

The Traditional Lecture Is Dead. I Would Know—I’m a Professor When I was young, there was no such thing as the World Wide Web or video streaming. If you wanted to watch something, you had to wait until it appeared on television. Sometimes you might think, “Hey, I think I’ll watch a show,” and flip the channels until you found something interesting. This is how I discovered The Mechanical Universe … And Beyond. Make a Robot ABCya is the leader in free educational computer games and mobile apps for kids. The innovation of a grade school teacher, ABCya is an award-winning destination for elementary students that offers hundreds of fun, engaging learning activities. Millions of kids, parents, and teachers visit ABCya.com each month, playing over 1 billion games last year. Apple, The New York Times, USA Today, Parents Magazine and Scholastic, to name just a few, have featured ABCya’s popular educational games. ABCya’s award-winning Preschool computer games and apps are conceived and realized under the direction of a certified technology education teacher, and have been trusted by parents and teachers for ten years. Our educational games are easy to use and classroom friendly, with a focus on the alphabet, numbers, shapes, storybooks, art, music, holidays and much more!

Scratch Jr. Tutorials for Primary Students Last week, I encouraged you to participate in this year’s Hour of Code. I know that guiding a classroom of students through an hour of programming can sound intimidating, particularly if you aren’t experienced in it yourself. The secret is to do as I have – admit to yourself that you know nothing and your students are smarter than you. Trust me, it makes life easier and a lot more enjoyable Any grade level can do the Hour of Code. Code.org makes it very easy to moderate lessons for all ages and levels of experience. Green Screen Tutorial After posting about how I make movies with my kindergarteners, I had some people ask about how I use the green screen. So, I thought I would write a tutorial for you. It is super easy to use. This is how I use my green screen. It is probably not the only way you could use it, but this is how I do it. I am not a professional.

Routing and Deadlock - Computer Science Unplugged Computer networks are based on passing messages from computer to computer. This sounds simple in principle, but in practice all sorts of contention and bottlenecks can occur. This activity gives some first hand experience of such issues, with a game for a group of students. Activity description (PDF) The Latest School Reform in Finland Introduces a New Way to Look at Subjects Taking education reform seriously since the 1970s, Finland has climbed the international education ratings by doing several things: 1) it bets on highly competent teachers, 2) it recognizes the huge importance of early childhood education, 3) it gives local schools the autonomy to address local needs by decentralizing administration, 4) it guarantees a uniform and free (including meals, transportation and school materials) education for all students. As a result, Finnish students score higher than most of their peers on international assessment tests, despite peculiarities like having minimal homework and tests, and also a curriculum that puts a big emphasis on music, the arts, and outdoor activities. In its latest efforts to keep improving the curriculum and making its pupils more equipped to succeed in the modern world, Finland has rethought the concept of a subject for its basic schools (students aged 7 to 16). Photo: Phillipe Put (Flickr)