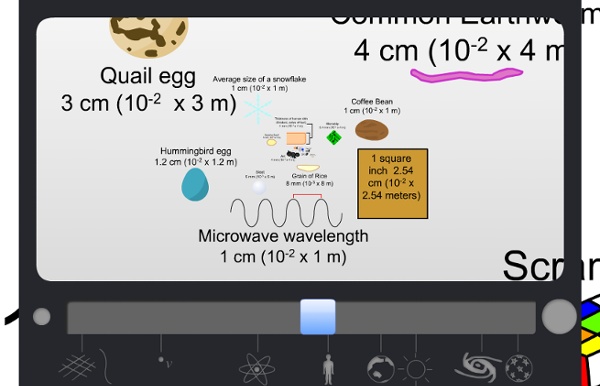 Popular Desktop Apps And Their Online Alternatives - Blog Outfitting your computer with the latest software can be expensive. Time and money aren’t things to be wasted. With sky rocketing prices for desktop applications, you need to arm yourself with the right alternatives. Fortunately, there is a great alternative out there: the Internet. As hard as it is to believe, just by surfing around online, you can access most of the desktop app functionalities you need without shelling out a cent. To prove it, here’s a list of 25 online alternatives for the most popular desktop applications that you use, want and simply must have when working online.

Doctor Who Timeline Infographic Check out this complete timeline of Doctor Who from 1963 to present, including episodes, seasons, companions, villains, and more. Scroll down to follow all the Doctor's adventures through time. A Fantastic resource for any Doctor Who fan. Adventure Titles NOVA Why Did NASA Kill Cassini? On September 15, 2017 NASA destroyed Cassini—on purpose. Why kill a multibillion-dollar spacecraft? Sep 20, 2017 Death Dive to Saturn Solar System, Solar System Information Our Cosmic Neighborhood From our small world we have gazed upon the cosmic ocean for thousands of years. Ancient astronomers observed points of light that appeared to move among the stars.

PhotOH! Money that speaks for the 99% PhotOH! Money that speaks for the 99% · Monday, October 17th, 2011 at 12:35 pm You can see more money that speaks for the 99% here, at Occupy George. Brilliant: The Ductile Helix: "Jumping Genes" May Influence Brain Activity Mobile DNA molecules that jump from one location in the genome to another may contribute to neurological diseases and could have subtle influences on normal brain function and behavior, according to a study published October 30 in Nature. (Scientific American is part of Nature Publishing Group.) Retrotransposons are mobile genetic elements that use a copy-and-paste mechanism to insert extra copies of themselves throughout the genome. First discovered in plants about 60 years ago, they are now known to make up more than 40 percent of the entire human genome and may play an important role in genome evolution (pdf).

We just talked about that in my school. by poisonivey Mar 30