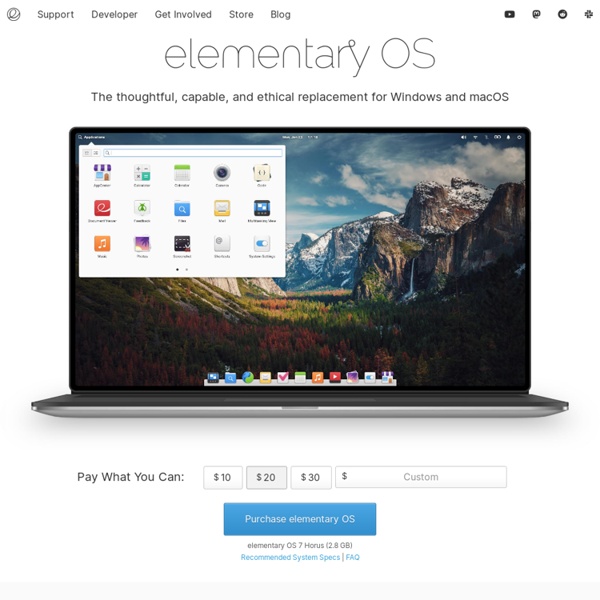 Screen Capture Software for Windows, Mac, and Chrome Context is everything. Recording a video lets the person on the other end actually hear your voice. So the next time a webpage, PDF, or video edit is sent to you for feedback, consider dropping the red pen and record a video instead. Let's Build an Automated Media Server! Part 2/3 - Transmission, Sonarr, Radarr and the Crew So Part 2. Exciting stuff. Here we'll be installing and setting up the 'Downloading' side of things. If you've jump on here wondering 'What the fuck is this?', check out Part 1 here. The first container we're going to setup is Transmission. List of common misconceptions From Wikipedia, the free encyclopedia This incomplete list is not intended to be exhaustive. This list corrects erroneous beliefs that are currently widely held about notable topics. Each misconception and the corresponding facts have been discussed in published literature. Note that each entry is formatted as a correction; the misconceptions themselves are implied rather than stated.

The database that powers Cabinet: Using Airtable + the Items table (Post 1 of 5) status: We created this concept to explain the current status of an item. There are so many different ways we integrate clothing into our closets every day, and different stages they occupy throughout their life cycle. For example Rented , Donated , In Laundry , Raw Fabric , Needs Repair, and so on. If you make a copy of our template, and use that as your starting point, all of these values are provided for you. All of these options have been formed by real life situations, and capture information we’d like to analyze in the future, for great questions like “On average, what percentage of my closet is at the cleaners at a given time?” or “How many of my items need repairs at a given time?

Every bookmark manager ever made The following is an attempt to categorize every bookmark manager ever made into the following categories: visual-based, list-based, start pages, search-based, tag-based, tab management, read it later, image bookmarking, privacy focused, sync-based, offline downloadable solutions, and other. 👀 Visual-Based Bookmark Bookmark OS is like Mac and Windows for bookmarks. It gives an intuitive and powerful interface for organizing your bookmarks. GfxTablet NOTE: This app is no longer maintained. GfxTablet makes it possible to use your device (especially tablets) like a graphics tablet, sending touch data (including pressure!) to any compatible (e.g. GNU/Linux) computer.

How To Install and Use the Google Camera Port How to use: Download the apk file (use one of the suggested versions or pick one of the developers);Install GCam by opening the APK file (how to install an APK file);Set up the app using the "suggested settings", "configs", or settings provided on the "changelog" link (some apks don't need any configuration);Restart the app and enjoy! Which apk should you use: There's no "universal" apk or configuration that works on all phones.