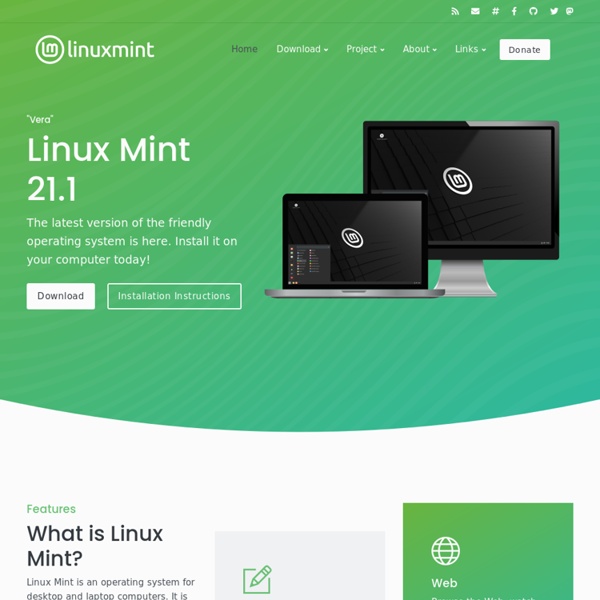 "QTerminal" A Lightweight Multiplexer Terminal Emulator (Multiscreens in Terminal) Qterminal is a Qt-based multitab terminal forked from QTermWidget, it is lightweight, open-source, specially designed for LXQt desktop environment. Author of QTermWidget had no time to make it more advanced, thus this fork was created. Unlike Tmux or Screen, it is much easier to deal with it. "Initially this project was started as an attempt to create relatively light and stable terminal emulator application like Konsole or gnome-terminal but without any dependency from such monsters as KDE or Gnome.

Puppy Linux These are extraordinary goals, yet Puppy comes close to achieving them all. The fundamental reason is that Puppy has been built from scratch, file-by-file, and is not based on any other Linux distribution. One of the most amazing features of Puppy is the range of powerful applications yet such tiny size ...and the speed. Puppy really is small, the live-CD typically being 85MB, yet there really is a complete set of GUI applications. Being so small, Puppy usually loads completely into RAM, which accounts for the incredible speed. Well, we can rave on, which is something Puppy-enthusiasts are prone to, but find out for yourself!

Best Linux Distros On this page you will find the best Linux distros for various purposes. We've taken the effort to categorize them and picked only those we believe to be the best ones and which will most likely be useful to you. One of the most popular general-use distributions with one of the largest selections of software. Based on: Debian The most cutting-edge general-use distribution on a 6-month release cycle. Super OS - Hacktolive.org Super OS 11.10: same aesthetics as Ubuntu Super OS (formerly: Super Ubuntu) is a version of Ubuntu 11.10 with added software and tools, with the goal of making it more usable, in particular for users without an internet connection. Features: Screenshots Super OS 11.10 Super OS with the default interface, Unity 3D App Runner, run any program/binary/script with 2 clicks

Instructions About backports Backports are recompiled packages from testing (mostly) and unstable (in a few cases only, e.g. security updates) in a stable environment so that they will run without new libraries (whenever it is possible) on a Debian stable distribution Backports cannot be tested as extensively as Debian stable, and backports are provided on an as-is basis, with risk of incompatibilities with other components in Debian stable. Use with care! It is therefore recommended to select single backported packages that fit your needs, and not use all available backports. Add backports to your sources.list Unix/Linux Permissions - An Introduction and Tutorial Also see my Unix Page for more tutorials on Unix Updated: Wed Feb 1 23:18:23 EST 2012 Your browser does not have Javascript enabled. I use Javascript for analytics, and to show ads which pay for the maintenance Table of Contents

Comparison of BSD operating systems Most of the current BSD operating systems are open source and available for download, free of charge, under the BSD License, the most notable exceptions being Mac OS X and iOS. They also generally use a monolithic kernel architecture, apart from Mac OS X and DragonFly BSD which feature hybrid kernels. The various open source BSD projects generally develop the kernel and userland programs and libraries together, the source code being managed using a single central source repository. In the past, BSD was also used as a basis for several proprietary versions of UNIX, such as Sun's SunOS, Sequent's Dynix, NeXT's NeXTSTEP, DEC's Ultrix and OSF/1 AXP (now Tru64 UNIX).

iperf3 — iperf3 3.0.11 documentation iperf is a tool for active measurements of the maximum achievable bandwidth on IP networks. It supports tuning of various parameters related to timing, protocols, and buffers. For each test it reports the bandwidth, loss, and other parameters. This version, sometimes referred to as iperf3, is a redesign of an original version developed at NLANR / DAST. iperf3 is a new implementation from scratch, with the goal of a smaller, simpler code base, and a library version of the functionality that can be used in other programs. iperf3 also incorporates a number of features found in other tools such as nuttcp and netperf, but were missing from the original iperf.

A Catalog of Operating Systems This is a classified, alphabetic listing of most operating systems, past and present, that have been distributed commercially or reported in the English-language literature. This extensive catalog is included because we believe that for the serious student who wishes to understand OS implementation, there is no substitute for studying a variety of actual systems. Most of the systems in this catalog have something to teach, and in many cases the best explanations are given by designers or users in the published literaure. The listing attempts to be as comprehensive as possible. However, it does not always distinguish closely-related versions or releases of the same OS, or reimplementations of substantially the same OS on different computers.

I currently have 125+ ports set up as VM's. I prefer VirtualBox as it allows for easy movement between various environments. I use Fedora as a primary host and desktop. It all depends on your needs. Many specialised ports abound. Ubuntu 12 if you have to have netflix and youtube (works using wine and mono! with Netflix app. by fedorageeks Oct 22

I miss Linux Mint. May be time for me to download the ISO, and run it within VirtualBox. by williamellerbe Oct 22

Yes, I would recommend LinuxMint Cinnamon or Zorin to new users. Once network connection and display are working it is a simple system to use. by clintcaine Jun 22

Foound out that this distro runs on the ubuntu kernel. Great for ubuntu fans! by shashankasu May 17

ya, this distro is easiest ubuntu and have many automatized functions, and also is intuitively better anyother by didtux May 17

Thanks. Will run this and compare it with ubuntu! by shashankasu May 15

Would you recommend this for newbies? I mean I am fairly ok in linux but want to try this! by shashankasu May 15

An easy and confortable GNU/Linux distribution, I install it to newbies in FOSS by didtux May 13