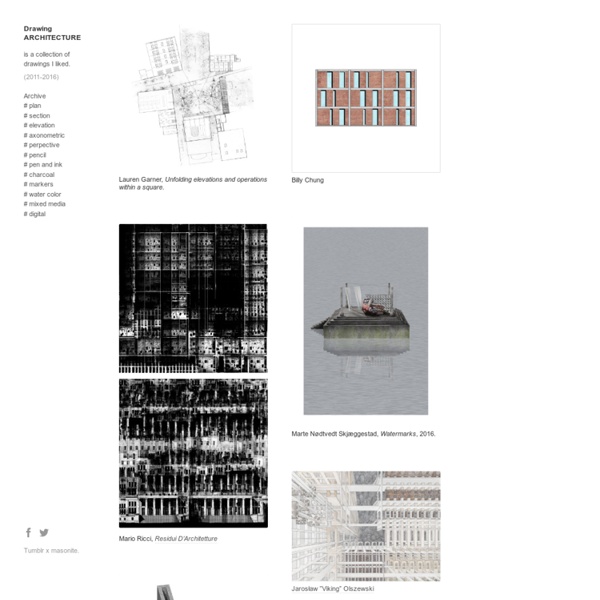 The Queen’s English Society deplores your impurities « Sentence first The UK Times ran a couple of articles recently about the Queen’s English Society and its desire to be the official English language academy. Such an academy would “set an accepted standard of good English” in our “hectic, modern, digitalised world”. English is being corrupted, the QES assures us. It needs to be protected from the ignorant masses — the marauding, illiterate vandals at the gate who would ruin civilisation with their ill-judged punctuation and their non-standard spelling and pronunciation.

Origamic Architecture: Stunning Sculptures Cut Out of Paper In the Japanese paperfolding art of origami, cutting the paper is frowned upon. But in 1981, Masahiro Chatani, professor of Architecture at Tokyo Institute of Technology proved that papercutting could indeed produce stunning pieces of art. Along with his colleague Keiko Nakazawa, Chatani developed Origamic Architecture, a variation of kirigami (itself a variation of origami where cuts were allowed), where you only needed an X-acto knife and a ruler to create complex 3-dimensional structures out of a single sheet of paper. Origamic Architecture sculptures range from (the relatively simple) geometric patterns to famous buildings' facades.

Award-winning building destroyed by volcano An award-winning visitor centre completed last year by Oto Arquitectos on the Cape Verde island of Fogo has been destroyed by a volcano (+ slideshow). Designed by Lisbon-based Oto Arquitectos as a headquarters and cultural venue for the Parque Natural do Fogo, the building was inaugurated in April 2014 and went on to be named cultural building of the year in Archdaily's Building of the Year 2015 awards. But it has come to light that the structure only stood for seven months – it was completely wrecked when the Pico do Fogo volcano erupted in November. André Castro Santos, one of the four founders of the architecture studio, has described the event as "traumatic". "On the first three days the building resisted and stopped the lava, only the south wall was destroyed," he told Dezeen. "But on the fourth day the volcano got stronger and the building was completely swallowed by lava."

John Todd, Satanism and the Illuminati In the fall of 1978, John Todd spoke at the Elkton Maryland Baptist Church when Dr. Berry was pastor. Here are the transcripts of the meeting: ONE THING I'D LIKE TO SAY BEFORE I GET STARTED, it never seems to fail that when I'm done a few of my brothers and sisters in the Lord have fear in their hearts. There is no reason to have fear in your heart. It seems like every time we talk about the Enemy, Christians become afraid rather than stirred up and fighting mad! Bauhaus Chessmen The Bauhaus Chessmen, designed by Josef Hartwig all the way back in 1923, are a great example about minimalism and simplicity in design, but above all a perfect example of applied symbolism. Each piece is shaped as a combination of cubes, cylinders and balls, representing the way they move on the board. For example, the queen is shaped with a big cube with a ball on representing it can move on any direction. Another touch of minimalism: the board itself does not have a frame: it’s just the checked field. The Bauhaus Chessmen is part of the MoMA Collection.

David Chipperfield creates "village" of stone dwellings David Chipperfield Architects has completed a series of stone apartments raised on plinths above the surface of a water garden in Hangzhou, eastern China (+ slideshow). The Xixi Wetland Estate was designed by the British architect's Berlin and Shanghai offices for the Xixi National Wetland Park. The park stands on the outskirts of the city, which is located at one end of the world's longest artificial waterway, the Grand Canal. Long blocks of grey stone were used to construct the 20 duplex apartments, which are arranged on matching grey podiums in the water.

MusiXmatch Music Player Lyrics - Enjoy Your Music with Lyrics in Sync with Music - Appwikia MusiXmatch Music Player Lyrics is the number 1 music enhanced music player on Google Play store that has more than 20 million users in the whole world. It is also known to have the largest and the most exhaustive official catalog of synchronized lyrics. The users will be able to enjoy the music with song lyrics moving synchronized with the music. Here are the main features of the application: There is new equalizer and cover art fixing.There is support available for spotify notification.The users can now remove the ads from options. This application requires internet to work with.

Silo-top Studio / O-OFFICE Architects Architects Location 63 Xizeng Road, Liwan, Guangzhou, Guangdong, China Area 621.0 sqm Project Year 2013 Photographs From the architect. In 2012, O-office transformed the top floor of a 1960s’ silo building in the oldest beer factory of Guangzhou, the central city of southern China. The 38-metre-high silo building locates on the south bank of one branch of the Pearl River, confronting the generic housing highrises and looking south to the city’s old downtown.

Jesuits helped to start two world wars! (1&2) In every major world wide events such as civil wars, world wars, revolutions, rebellions, terrorism, assassinations, political, social and all kinds of turmoils or chaos - the Jesuits are the orchestrator. Many historians and writers such as ERIC JON PHELPS, AVRO MANHATTAN, ALBERTO RIVERA, JOHN LOFTUS, EDMUND PARIS, DARYL EBERHART, DAVID GUYAT, ALEXANDER JAMES, CHARLES CHINIQUY, JOSE RIZAL, AND OTHERS point their finger to the Jesuits and the Vatican as the culprits. The Jesuits are also the culprits and detonated the Atomic Bomb blast in Hiroshima during the closing end of World War II. The Jesuits are also the culprits for the Sinking Of Titanic killing John Jacob Astor on board who is against the creation of the Federal Reserve Bank - A Privately Owned Bank. And Jesuit's boys (satanic bloodlines) meeting better known as the Creatures of the Jekyll Island). The 9/11 WTC Terrorist Attack was ordered by the Jesuit General - Count Peter Hans Kolvenbach according to Eric Jon Phelps.