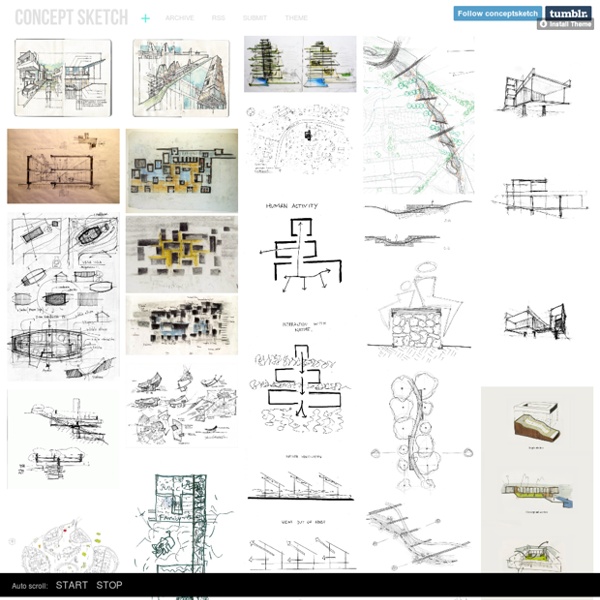 Structural Tessellations and Morphologies The honeycomb is probably the epitome of structural efficiency. Bees have been creating hexagonal comb structures for millenia and humans inspired by the incredible structural strength to weight ratio of their combs have joined them. It is said that the first man-made honeycomb was made by Daedalus using gold by lost wax casting more than 3000 years ago. In 1859 Charles Darwin said that “the comb of the hive-bee, as far as we can see, is absolutely perfect in economizing labour and wax”. Little noticed is that even the the closed ends of the honeycomb cells are also an example of geometric efficiency as their trihedral shape allows two opposing honeycomb layers to nest into each other, with each facet of the closed ends being shared by opposing cells.

Architectural Watercolors by Sunga Park Harrods, London Sunga Park works in South Korea as a mural wallpaper designer. Her architectural watercolors selection features buildings from cities around the world, including London, Paris, Busan, Venice, and Oxford. The buildings are painted in a fade out manner that gives them a floating essence and leaves imagination to fill in the rest. fastcodesign You've probably noticed that in most architectural renderings today, the people populating the images look eerily similar. Noor Makkiya, an architectural designer, argues that design tools like Photoshop and the ease of cutting and pasting imagery have robbed architectural depictions of their ontological layer. "True architects since the early centuries used human figures not only to describe the quantity and the quality of the environment but also for deeper purposes of study and expression," she writes on her website. "Architects project themselves into the human figure. So if we compare drawings from different architects, we frequently find differences in body shape and body activity, for practicing architects often represent their own ideologies as a reference for understanding the human physical condition." All of the sketches have a story to tell, according to Makkiya, but a few are especially symbolic.

codedchromics I hadn’t heard about this before but fist (whoops, mean first) saw this earlier this month mentioned on Syuzi Pakhchyan’s blog Wearable Technology (always an inspiration!) Sophie de Oliveira Barata offers a ‘real’ option ‘surreal’ option and an ‘unreal’ option – you’ve just got to love that! Here are some of the incredible decorated and unusual prosthetics from The Alternative Limb Project -

The Perfect Drawing: 8 Sensational Sections That Raise The Bar For Architectural Representation It has now been more than 20 years since the demolition of Kowloon’s infamous Walled City. If one architectural positive came from this web of urban anarchy, it is that it was documented with extraordinary accuracy, utilizing one of the great modes of architectural representation: the cross section. This extraordinarily complex slice through Hong Kong’s ungoverned, unplanned architectural oddity—a makeshift home for thousands of Chinese refugees following World War II—has to go down as one of the most jaw-dropping architectural drawings produced in the last century. A Japanese team meticulously surveyed the anarchic maze of walls, floors, and roofs—layer upon unregulated layer—before it was demolished in 1994.

no boxes! Fritz Obermeyer’s Jenn is a nicely crafted java application that allows a playful examination of structures in non-Euclidian space, more specifically Coxeter polytopes in stereographic projection. These complex geometric structures are the 4-dimensional Sisters to the polyhedra and have, what seems like, recursive interiors and packing formations that resemble bubbles in foam. The applet allows you to fly through these structures and orient the camera view according to your whims; other controls include toggles for the kind of rendering display settings. Architects’ Sketchbooks: Le Corbusier Given the proliferation of digital tools and time-saving software now available, some believe sketching is losing its relevance. With this visual series, we celebrate the art of drawing by delving into the sketchbooks of designers, revealing some hidden gems along the way. To be considered for a feature, send your own sketches with a description of your design process to editorial@architizer.com.