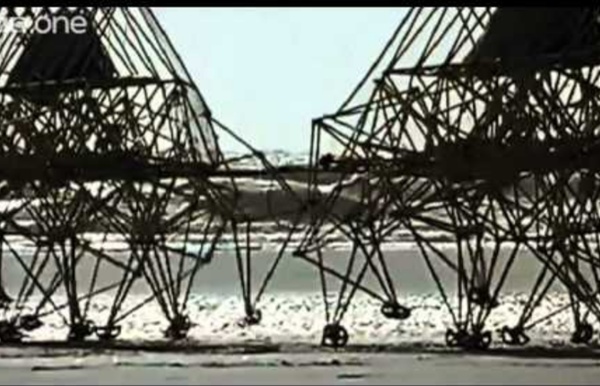 We Live in Public Synopsis[edit] The film's website describes how, "With Quiet, Harris proved how, in the not-so-distant future of life online, we will willingly trade our privacy for the connection and recognition we all deeply desire. Through his experiments, including another six-month stint living under 24-hour live surveillance online which led him to mental collapse, he demonstrated the price we will all pay for living in public." "He climbs into the TV set and he becomes the rat in his own experiment at this point, and the results don't turn out very well for him,[5]" says Timoner of the six-month period Harris broadcast his life in his NYC loft live online. "He really takes the only relationship that he's ever had that was close and intimate and beaches it on 30 motion-controlled surveillance cameras and 66 invasive microphones.

The Surprising Realities Behind What Motivates Us in Illustrated Form - Lifehacker @Blueluck: Very true - I've seen other countries where people leave their family in another country to go find work, and then to manual labor for extremely cheap just to be able to send it all home to their family. I guess that could be interpreted as their purpose, but the work is not purposeful in and of itself. I guess "pay enough to take money off the table" covers that, so we're only talking about how to motivate people after they're at the comfortable level most Americans that read this blog are at. Interesting results in India, though. I believe there is a threshold that once you're paid a certain amount, you feel on top of things like you deserve it, so you don't work hard to move up further.

La Luna Electrica justement: UranusRelated just got back from Montreal and my car has the diameter of Uranus kilometres on it (top that for nedleyness) (via cinoh-deactivated20120915) (Source : b-asik, via kikisloane) youmightfindyourself: Learnable Programming Here's a trick question: How do we get people to understand programming? Khan Academy recently launched an online environment for learning to program. It offers a set of tutorials based on the JavaScript and Processing languages, and features a "live coding" environment, where the program's output updates as the programmer types.

Ludovico Einaudi at The Warfield in San Francisco on SAT, Jun 1, 2013 — 7:30PM Tickets Luminous, emotive, effortlessly lyrical and always supremely refined, the music and performance of Ludovico Einaudi have attracted an ever growing audience over the last two decades whose diversity and devotion are without parallel. He has released a series of chart-topping albums, sells out the most prestigious concert halls worldwide, routinely tops audience polls, has written some eighteen film scores, several of which have won prizes as best soundtracks in Italian, German, and French film festivals as well as the Academy Award nomination for Fuori Dal Mondo(by Giuseppe Piccioni)for Best Soundtrack. His music is regularly used and has often been heard through Hollywood blockbusters including Black Swan, The Reader, J. Edgar, This Is England as well as high profile commercials including the National Basketball Association Championships, Nissan, American Airlines, Sony Blu Ray - all are among the many who have all used Einaudi’s lyrical, atmospheric works.

Danc's Miraculously Flexible Game Prototyping Tiles RPGs love PlanetCute So do platformers... One of the commenters on the SpaceCute posts wondered what would happen if you visited one of those delightful spa-like planetoids that decorate our little galaxy of cuteness. Well, now you know. harp What Type of Harp Should I Get? Pedal or Lever? Cost Style of Music You Want to Play Starter/Beginner Harps (Harp Blog Q&A) Cheap Harps: Buyer Beware! Download We needyour help! Help us continue with your generosity! Donate Processing is available for Linux, Mac OS X, and Windows. Sculpture Netsuke of tigress with two cubs, mid-19th century Japan, ivory with shell inlay Sculpture in stone survives far better than works of art in perishable materials, and often represents the majority of the surviving works (other than pottery) from ancient cultures, though conversely traditions of sculpture in wood may have vanished almost entirely. However, most ancient sculpture was brightly painted, and this has been lost.[2] Sculpture has been central in religious devotion in many cultures, and until recent centuries large sculptures, too expensive for private individuals to create, were usually an expression of religion or politics.

That unicorn is really a lap dog: The secret details in 4 classic paintings revealed How, exactly, does a Leonardo da Vinci mural believed to be three times the width of The Last Supper get lost? This is a mystery that Maurizio Seracini has been trying to solve since 1975. In this fascinating talk from TEDGlobal, Seracini explains how he and his teams have approached finding da Vinci’s lost mural over the years — by constructing 3D models of the hall before its renovation, and using lasers and radar to chart the gaps in the walls.