Toyota `Knowingly Hid' Pedal Defect in Violation of U.S. Law, LaHood Says. It's All Your Fault: The DOT Renders Its Verdict on Toyota's Unintended-Acceleration Scare – Feature. Earlier this year, the Department of Transportation re­leased the results of its study into the blizzard of reports that various Toyota and Lexus models were accelerating out of control. 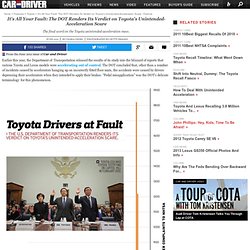 The DOT concluded that, other than a number of incidents caused by accelerators hanging up on incorrectly fitted floor mats, the accidents were caused by drivers depressing their accelerators when they intended to apply their brakes. “Pedal misapplication” was the DOT’s delicate terminology for this phenomenon. Reports of sudden acceleration had been trickling in on Toyotas at a modest pace, as they do on most brands, until a spectacular accident on August 28, 2009, near San Diego. A veteran California Highway Patrol officer was driving three family members in a Lexus ES350. At some point, the throttle of the car stuck open, the driver lost control, and the car accelerated to high speed before hitting another vehicle, rolling over several times, and bursting into flames. 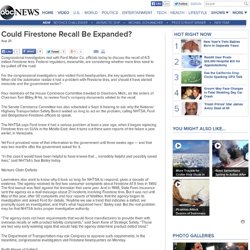 Federal regulators, meanwhile, are considering whether more tires need to be pulled off the road. For the congressional investigators who visited Ford headquarters, the key questions were these: When did the automaker realize it had a problem with Firestone tires, and should it have alerted motorists and the government earlier? Four members of the House Commerce Committee traveled to Dearborn, Mich., on the orders of Chairman Tom Bliley, R-Va., to review Ford’s company documents related to the recall. The Senate Commerce Committee has also scheduled a Sept. 6 hearing to ask why the National Highway Transportation Safety Board waited so long to act on the problem, calling NHTSA, Ford and Bridgestone-Firestone officials to speak. 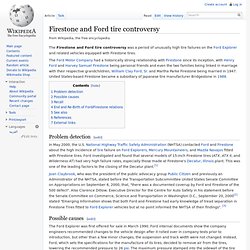 The Ford Motor Company had a historically strong relationship with Firestone since its inception, with Henry Ford and Harvey Samuel Firestone being personal friends and even the two families being linked in marriage with their respective grandchildren, William Clay Ford, Sr. and Martha Parke Firestone being married in 1947. United States-based Firestone became a subsidiary of Japanese tire manufacturer Bridgestone in 1988. Problem detection[edit] Real News: REAL HISTORY: BOSTON MOLASSES DISASTER. The Science of the Great Molasses Flood. On January 15, 1919—an unusually warm winter day in Boston—patrolman Frank McManus picked up a call box on Commercial Street, contacted his precinct station and began his daily report. 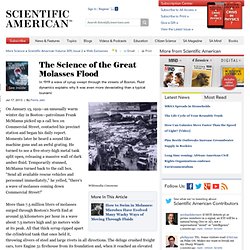 Moments later he heard a sound like machine guns and an awful grating. He turned to see a five-story-high metal tank split open, releasing a massive wall of dark amber fluid. Temporarily stunned, McManus turned back to the call box. "Send all available rescue vehicles and personnel immediately," he yelled, "there's a wave of molasses coming down Commercial Street! " More than 7.5 million liters of molasses surged through Boston's North End at around 55 kilometers per hour in a wave about 7.5 meters high and 50 meters wide at its peak.

The Havilland Comet - Why airplane windows are round and what that teaches us about performance and motivation. First, you’ll find the video version, and beneath that, the text version, if you so prefer. 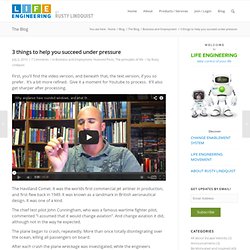 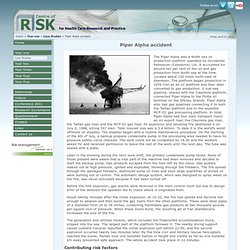 It accounted for around ten per cent of the oil and gas production from North sea at the time. Located about 120 miles north-east of Aberdeen, The platform began production in 1976 first as an oil platform and then later converted to gas production. A sub-sea pipeline, shared with the Claymore platform, connected Piper Alpha to the Flotta oil terminal on the Orkney Islands. 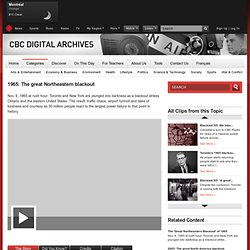 The result: traffic chaos, airport turmoil and tales of kindness and courtesy as 30 million people react to the largest power failure to that point in history. Nov. 9, 1965, at rush hour: The largest power blackout to that point in history leaves 30 million people in darkness in Ontario and the eastern United States. Hyatt Regency Walkway Collapse. Introduction to the Case On July 17, 1981, the Hyatt Regency Hotel in Kansas City, Missouri, held a videotaped tea-dance party in their atrium lobby. 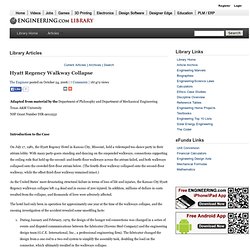 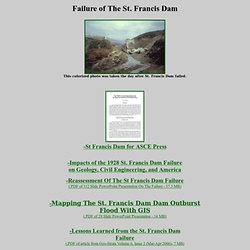 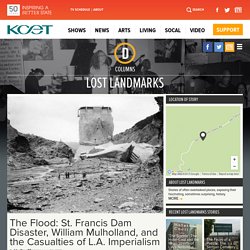 We were in a ghost settlement of turn of the century craftsmen houses with yellowing lace curtains, dormitories, a clubhouse and a strange park with old equipment that had been used in the creation of the County of Los Angeles' impressive Aqueduct system. Three Mile Island. In the control room, the plant's automatic control systems began to function as designed. With the feedwater system blocked and the valve controls out of commission, no water could reach the steam generators. They would boil dry in seconds. This can never be allowed to happen, because the excessive thermal stress could cause the tubes to crack, releasing primary water into the secondary system. Understanding: Tacoma Narrows Bridge"