What Is Social Engineering? [MakeUseOf Explains] You can install the industry’s strongest and most expensive firewall. 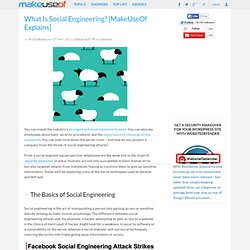 You can educate employees about basic security procedures and the importance of choosing strong passwords. You can even lock-down the server room – but how do you protect a company from the threat of social engineering attacks? From a social engineering perspective, employees are the weak link in the chain of in place. Humans are not only susceptible to basic human error but also targeted attacks from individuals hoping to convince them to give up sensitive information. Social engineering, hacking the human OS. Social engineering, sometimes called the science and art of human hacking, has become quite popular in recent years given the exponential growth of social networks, email and other forms of electronic communication. 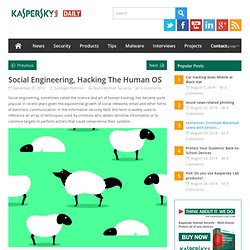 In the information security field, this term is widely used to reference an array of techniques used by criminals who obtain sensitive information or to convince targets to perform actions that could compromise their systems. With so many security products available today, it´s the end user who has the power. Be it a set of login credentials (username and password), a credit card number or bank account, most of the time the weakest link in the chain is not technological but human and when psychological manipulation takes place it’s extremely important to know what types of tricks are being used and how to prevent them. CPMX2 - Ingeniería social. La última frontera. Social Engineering: Attacking the Weakest Link in the Security Chain. It’s happened to major corporations, and even the U.S. 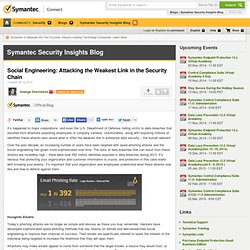 Department of Defense--falling victim to data breaches that resulted from attackers exploiting employees or company vendors. Unfortunately, along with exposing millions of identities these attacks also reveal what is often the weakest link in enterprise data security – the human element. Over the past decade, an increasing number of users have been targeted with spear-phishing attacks and the social engineering has grown more sophisticated over time. The risks of data breaches that can result from these attacks are incredibly high – there were over 552 million identities exposed in data breaches during 2013.

It’s obvious that protecting your organization and customer information is crucial, and protection in this case starts with knowing your enemy. Incognito Emails Today’s phishing attacks are no longer as simple and obvious as those you may remember. Don’t rely on just providing employee handbooks to educate your workforce. The Manipulators: Facebook’s Social Engineering Project. New Web vulnerability enables powerful social engineering attacks. Users who are careful to download files only from trusted websites may be tricked by a new type of Web vulnerability: this one cons them into downloading malicious executable files that are not actually hosted where they appear to be. 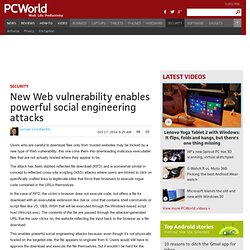 The attack has been dubbed reflected file download (RFD) and is somewhat similar in concept to reflected cross-site scripting (XSS) attacks where users are tricked to click on specifically crafted links to legitimate sites that force their browsers to execute rogue code contained in the URLs themselves. In the case of RFD, the victim’s browser does not execute code, but offers a file for download with an executable extension like .bat or .cmd that contains shell commands or script files like JS, VBS, WSH that will be executed through the Windows-based script host (Wscript.exe). The contents of the file are passed through the attacker-generated URL that the user clicks on, the website reflecting the input back to the browser as a file download. 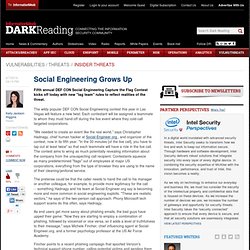 The wildy popular DEF CON Social Engineering contest this year in Las Vegas will feature a new twist: Each contestant will be assigned a teammate to whom they must hand-off during the live event where they cold-call targeted corporations. "We needed to create an event like the real world," says Christopher Hadnagy, chief human hacker at Social-Engineer.org , and organizer of the contest, now in its fifth year. "In the 30 minutes [of the live call], you have to tap out at least twice" so that each teammate will have a role in the live call.

The contest aims to wring as much potentially revealing information about the company from the unsuspecting call recipient. Fincher points to a recent phishing campaign that spoofed Verizon's technical support phone number, calling potential victims and sending them to a malicious website. More Insights. Four of the newest (and lowest) Social Engineering scams.

Your computer files are being held for ransom. 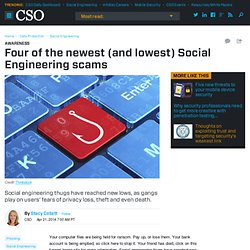 Pay up, or lose them. Your bank account is being emptied, so click here to stop it. Your friend has died, click on this funeral home site for more information. The human OS: Overdue for a social engineering patch. It sounds like the operating system that really needs some serious security patches is the human one. 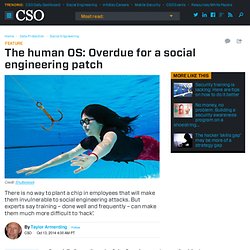 While technology giants like Microsoft, Google and Apple regularly crank out updates, patches and fixes for zero-day vulnerabilities and other threats, the weakest link in the security chain – the careless or clueless employee – remains the weakest. That is in large measure because there is no technology that can prevent someone falling for increasingly sophisticated social engineering attacks. As has been regularly reported during the past year, some of the biggest data breaches in history have been launched by attackers fooling an employee. And that is despite years of exhortations by experts that worker security awareness training needs to be much more than a perfunctory lecture or PowerPoint presentation once every six months or so.

Why Social Engineering Should Be Your Biggest Security Concern. The Limits of Big Data: A Review of Social Physics by Alex Pentland. In 1969, Playboy published a long, freewheeling interview with Marshall McLuhan in which the media theorist and sixties icon sketched a portrait of the future that was at once seductive and repellent. 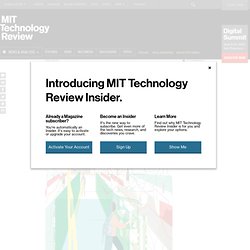 Noting the ability of digital computers to analyze data and communicate messages, he predicted that the machines eventually would be deployed to fine-tune society’s workings. “The computer can be used to direct a network of global thermostats to pattern life in ways that will optimize human awareness,” he said. “Already, it’s technologically feasible to employ the computer to program societies in beneficial ways.” He acknowledged that such centralized control raised the specter of “brainwashing, or far worse,” but he stressed that “the programming of societies could actually be conducted quite constructively and humanistically.” The Official Social Engineering Portal - Security Through Education. 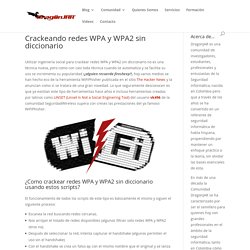