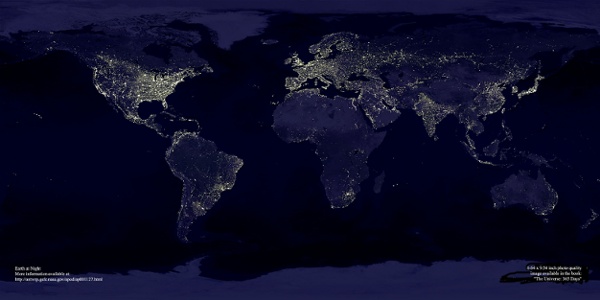 33 Unbelievable Places To Visit Before You Die. I Can't Believe These Actually Exist On Earth... So many other-worldly places exist right on our planet, and we never even knew about it. Here are 33 landmarks that look like paintings and scenes from science fiction movies. earthporm.com During the rainy season, the world’s largest salt flat becomes the world's largest mirror. The Salar was born when several prehistoric lakes joined into one. Greatest Optical Illusions Pictures. OK, this one really belongs in the Skytopia 3D stereoscopic gallery, but I just couldn't resist. If you can cross your eyes, so that both pictures slide 'into' each other - to form a third, 3D image between them, the effect you will see is truly stunning! Try focusing on something in between you and the monitor to help see the illusion. If you're still stuck and you really want to see the illusion, try this site to help practise seeing 3-D stereo. If you can't manage to see this cross eyed version below, then try the parallel version here. For this parallel version you look behind the monitor and just like the cross eyed version - try to get the two tubes to match up.

Japanese Museum Unveils A Giant Globe Made of 10,000 Live-Updating OLED... Geo-Cosmos If you want to see what Earth looks like from space, become an astronaut (or, barring that, a space tourist). For the next best view, pay a visit to Tokyo’s National Museum of Emerging Science and Innovation where a massive, nearly 20-foot spherical OLED orb--the world’s first large scale spherical OLED --offers a satellite’s-eye view of the planet in super high resolution. Science experiment on soil erosion This post is also available in: Italiano Science experiment on soil erosion – This experiment, which has a tremendous visual impact due to its simplicity, it will demonstrate the relationship between precipitation, soil erosion, protection of watercourses and vegetation. A very simple experiment that stresses the importance of the vegetation cover of the soil. You can propose in three versions: – Preparing the planting of seedlings – Using plants ready to be transplanted – Using soil samples. Science experiment on soil erosion – First version

Linda Vista Revisited: East LA’s Abandoned Hospital Last year, while scouting for a short film that never came to fruition, some friends and I talked our way inside an empty, run-down hospital in Boyle Heights. The short was supposed to take place in a hospital, but after a few minutes wandering the halls of Linda Vista — alone and decidedly creeped-out — it became obvious that there was no way the place would work. It had been closed for twenty years, and it showed: there was dirt caked in layers on walls and mysteriously wet floors; windows were broken and doors hung off their hinges; ceiling tiles had fallen victim to moisture and gravity, and rats had chewed through the walls. We didn’t have the money to make Linda Vista look like anything more than a horror movie — a few of which had actually been shot there over the years. I was only inside for 45 minutes or so, running through the place snapping photos on the fly with a crappy point-and-shoot.

Download Graphic Images from the Hillis/Bull Lab Return to "Download Files" Page You are welcome to download the following graphic image of the Tree of Life for non-commercial, educational purposes: Tree of Life (~3,000 species, based on rRNA sequences) (pdf, 368 KB) (see Science, 2003, 300:1692-1697) This file can be printed as a wall poster. Printing at least 54" wide is recommended. 20 Unique And Creative Ice Cube Trays EmailEmail Who said that ice cubes should be cube-shaped? Silicone ice cube trays can create any shape we want – from snowflakes to brains and guns. So, why not spice up your next party with one of these creative custom shaped ice cubes? 1.