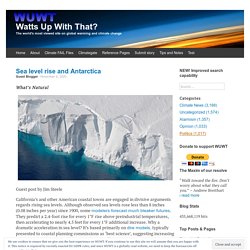 Although observed sea levels rose less than 8 inches (0.08 inches per year) since 1900, some modelers forecast much bleaker futures. They predict a 2.4-foot rise for every 1°F rise above preindustrial temperatures, then accelerating to nearly 4.5 feet for every 1°F additional increase. Why a dramatic acceleration in sea level? Those models have prompted some citizens to argue we must abandon the coasts via managed retreat. There are good reasons toquestion catastrophic models.

Up to a point, increasing greenhouse gases act like a blanket that warms your body by slowing your loss of body heat. Still, researchers do observe regions of retreating ice. Strong winds also cause turbulence that sporadically pulls warmer air from above down to the cold surface resulting in occasional “warming” spikes. Like this: Like Loading... Related September 26, 2018. SeaLevel.info - Mean Sea Level. 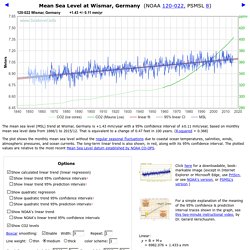 That is equivalent to a change of 0.47 feet in 100 years. (R‑squared = 0.368) The plot shows the monthly mean sea level without the regular seasonal fluctuations due to coastal ocean temperatures, salinities, winds, atmospheric pressures, and ocean currents. The long-term linear trend is also shown, in red, along with its 95% confidence interval. Sea Level Trends - NOAA Tides & Currents. New website gives you the real deal on sea level rise and rates. New analysis and graphing tools for sea-level data at SeaLevel.info Guest essay by David Burton now has interactive regression analysis (line/curve fitting) and visualization (graphing) tools available for mean sea level (MSL) measurements from over 1200 tide gauges, plus spreadsheets which combine various subsets of that data. 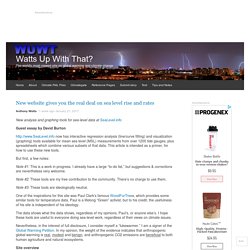 This article is intended as a primer, for how to use these new tools. But first, a few notes: Note #1: This is a work in progress. Note #2: These tools are my free contribution to the community. Note #3: These tools are ideologically neutral. One of the inspirations for this site was Paul Clark’s famous WoodForTrees, which provides some similar tools for temperature data. The data shows what the data shows, regardless of my opinions, Paul’s, or anyone else’s. The clever ruse of rising sea levels. Alarmists try to frighten people, and stampede them into terrible energy decisions Jay Lehr and Tom Harris. 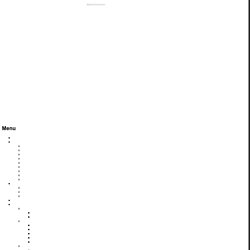 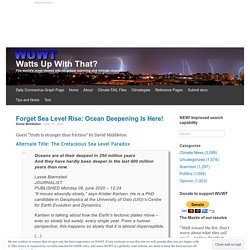 He is a PhD candidate in Geophysics at the University of Oslo (UiO)’s Centre for Earth Evolution and Dynamics.Karlsen is talking about how the Earth’s tectonic plates move – ever so slowly but surely, every single year. From a human perspective, this happens so slowly that it is almost imperceptible.[…]The world map 200 million years ago shows all the continents assembled in the supercontinent of Pangaea, a time when dinosaurs were well on their way to dominating the Earth’s landmasses.Since then, the continents have been shifting farther and farther apart, and now they may be as far apart as they can be, says Karlsen. “How about that, geology fans?” CO2 Rise ≠ Sea Level Rise. This recent paper is very topical, since several US coastal states are suing oil companies for damages expected from rising sea levels. 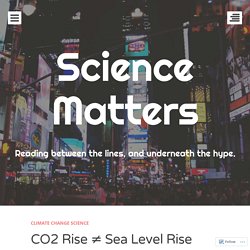 Some Alaskan teenagers are making similar claims in a separate lawsuit against the US federal government. The study is Why would sea-level rise for global warming and polar ice-melt? By Aftab Alam Khan published in Geoscience Frontiers. Excerpts below with my bolds. H/T to NoTricksZone. ONLY 0.8% Of Coastal Tide Gauges Show Sea Level Rise On Track To Reach IPCC Year 2100 Projection!

Accurately measuring the sea level with a satellite is highly complex and fraught with uncertainty. 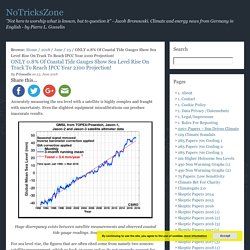 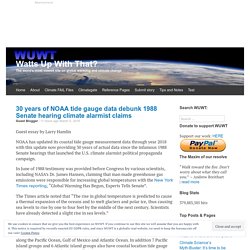 In June of 1988 testimony was provided before Congress by various scientists, including NASA’s Dr. James Hansen, claiming that man made greenhouse gas emissions were responsible for increasing global temperatures with the New York Times reporting, “Global Warming Has Begun, Experts Tells Senate”. The Times article noted that “The rise in global temperature is predicted to cause a thermal expansion of the oceans and to melt glaciers and polar ice, thus causing sea levels to rise by one to four feet by the middle of the next century. Scientists have already detected a slight rise in sea levels.” NOAA has updated its extensive U.S. coastal tide gauge data measurement records to include data through year 2018. Dr. Roy Spencer on the sea level spat between Gavin and Willis. Sea Level Speculation Irresponsibly Threatens Property Owners. 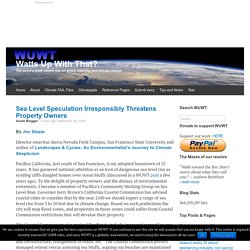 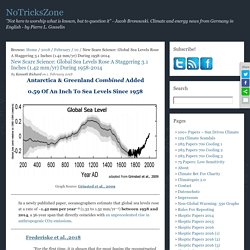 Frederiske et al.,2018 “For the first time, it is shown that for most basins the reconstructed sea level trend and acceleration can be explained by the sum of contributors, as well as a large part of the decadal variability. This rate (which scores between the estimated sum of sea level rise contributors and a reconstruction from tide gauge and satellite measurements) is similar to the reconstructed rate for 1954-2003 (1.45 mm/yr−1) estimated by Dr. Holgate, 2007. Inconvenient: NASA shows global sea level…pausing, instead of rising. This is interesting. It appears that a “pause” has developed in global sea levels. For two years, since July 2015, there has been no sustained increase in global sea level, in fact, it appears to have actually fallen a bit.

This graph, provided by NASA’s Global Climate Change website, tells the story: A zoom of the area of interest, two years prior to the most recent data point. Sea Levels are Never Still. By Viv Forbes, Rosewood Qld Australia Sea levels have been rising and falling without any help from humans for as long as Earth’s oceans have existed. The fastest and most alarming sea changes to affect mankind occurred at the end of the Pleistocene Ice Age. Seas rose about 130m about 12,000 years ago, at times rising at five metres per century.

2 New Papers: Temperatures, Sea Levels, Climate Dynamics ‘Have No Apparent Relationship To Atmospheric CO2’ Image Source: Robertson and Chilingar, 2017 According to the most basic precepts of anthropogenic global warming (AGW), variations in CO2 concentrations exert significant control on sea surface temperatures, glaciers, sea levels, and generalized climate dynamics (i.e., precipitation patterns). In particular, high CO2 concentrations, driven by human activity, are presumed to cause dangerously warming ocean waters, rapid glacier melt and sea level rise, and overall disruption to the Earth’s biosphere. Newly published scientific papers wholly undermine this popularized conceptualization. In fact, according to Bertrand et al. (2017), there has been a “marked cooling” of sea surface temperatures in the southernmost South America region during the last ~800 years — 3°C to 4°C colder than during the Medieval and Roman warm periods — that has continued unabated into “the most recent decades”.

Among the presenters at this hearing was Dr. James Hansen, Director, NASA Goddard Institute for Space Studies who introduced his infamous and now debunked global surface temperature model results with future temperature projections under three different scenarios of CO2 emissions growth that grossly over exaggerated resulting projected global temperature increases. Also testifying at the hearing was Dr. Michael Oppenheimer, senior scientist with the Environmental Defense Fund who presented claims that included projections of future sea level rise acceleration that would occur in the coming decades.