Wildcards. Sea-Level Forces Pentagon Base Relocations. An aerial photograph of Kwajalein atoll in the Marshall Islands shows its low-lying islands and coral reefs. 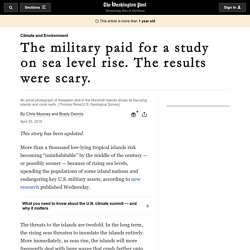 (Thomas Reiss/U.S. Geological Survey) This story has been updated. More than a thousand low-lying tropical islands risk becoming “uninhabitable” by the middle of the century — or possibly sooner — because of rising sea levels, upending the populations of some island nations and endangering key U.S. military assets, according to new research published Wednesday. The threats to the islands are twofold. The islands face climate-change-driven threats to their water supplies “in the very near future,” according to the study, published in the journal Science Advances. Sections of Jakarta Abandoned. 40% of Bankok Submerged. As Bangkok prepares to host climate-change talks, the sprawling city of more than 10 million is itself under siege from the environment, with dire forecasts warning it could be partially submerged in just over a decade. 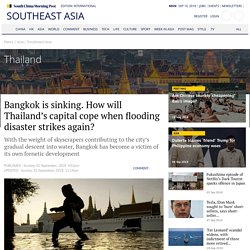 A preparatory meeting begins Tuesday in Thailand’s capital for the next UN climate conference, a crunch summit in Poland at the end of 2018 to set rules on reducing greenhouse emissions and providing aid to vulnerable countries. As temperatures rise, abnormal weather patterns – like more powerful cyclones, erratic rainfall, and intense droughts and floods – are predicted to worsen over time, adding pressure on governments tasked with bringing the 2015 Paris climate treaty to life. Bangkok, built on once-marshy land about 1.5 metres (five feet) above sea level, is projected to be one of the world’s hardest hit urban areas, alongside fellow Southeast Asian behemoths Jakarta and Manila. The city “is already largely under sea level”, said Buakamsri.

Millions Displaced as Bangkok Sinks. Sign Up for Our free email newsletters BANGKOK — Thailand's capital is both glitzy and gritty, a city of glass towers and cement hovels teeming with nearly 10 million people. 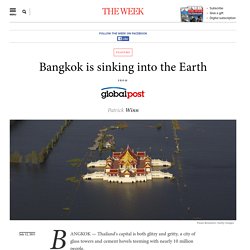 All that steel and concrete and humanity sits on what was once marshland. The ground beneath is spongy and moist. Imagine a brick resting on top of a birthday cake. Global Sea Levels Rise by 68cm. On the banks of the El Max canal near the Egyptian port city of Alexandria, one man untangles fishing nets in his turquoise-painted boat as the sound of a sledgehammer hitting bricks ricochets down the waterway. 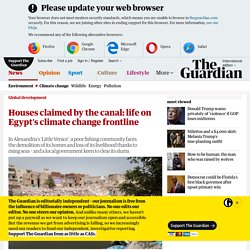 Others lean out of their windows on one bank of the canal, staring at the growing piles of rubble of what was once rows of homes on the opposite bank. The previous occupants as well as those looking on are a harbinger of thousands who will be forced to leave their homes due to climate change. Sea Levels Rise 1.3m due to Coal Emissions. Some Jakarta Suburbs Fully Submerged. San Diego & Key West Experience '1/100yr' Floods Monthly.

US coastal areas are set to be deluged by far more frequent and severe flooding events if greenhouse gas emissions aren’t slashed, with rare floods becoming the norm for places such as New York City, Seattle and San Diego, new research has found. 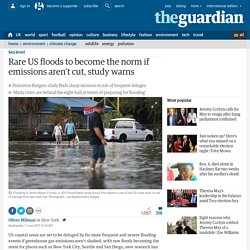 The study, undertaken by researchers from Princeton and Rutgers universities, found that along all of the US coastline, the average risk of a 100-year flood will increase 40-fold by 2050. Such floods are statistically expected to occur only once every 100 years because of their severity, although this doesn’t mean these sort of floods never happen in consecutive years. The annual chance of such a flood is around 1%. The research found that if emissions are not curbed, San Francisco and Seattle would both get a 100-year flood every year by 2050, while San Diego would expect 10 such events annually and Key West in Florida would be hit 11 times a year. “Most coastal areas will experience relatively large increases in flooding events,” he said. US Coastal Flood Events 10x 2015 Frequency. WASHINGTON - U.S. 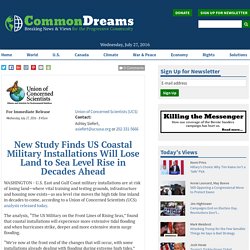 East and Gulf Coast military installations are at risk of losing land—where vital training and testing grounds, infrastructure and housing now exists—as sea level rise moves the high tide line inland in decades to come, according to a Union of Concerned Scientists (UCS) analysis released today. The analysis, “The US Military on the Front Lines of Rising Seas,” found that coastal installations will experience more extensive tidal flooding and when hurricanes strike, deeper and more extensive storm surge flooding. Floods Threaten 1.3bn People (& $158tn in assets) By Laurie Goering, Thompson Reuters Foundation Cities around the world are failing to plan for fast-increasing risks from extreme weather and other hazards, particularly as population growth and surging migration put more people in the path of those threats, the World Bank said. 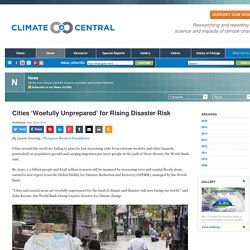 By 2050, 1.3 billion people and $158 trillion in assets will be menaced by worsening river and coastal floods alone, warned a new report from the Global Facility for Disaster Reduction and Recovery (GFDRR), managed by the World Bank. Pacific Atholl Abandonment Underway. The government is being warned to prepare for an impending stream of refugees from the Pacific as low-lying atolls are swamped by sea-level rise over the coming decades. 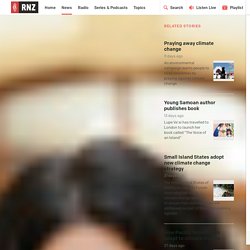 Labour is also calling for the government to take a humanitarian approach to people from the region who are overstayers in New Zealand. United Nations warns if sea level rise continues at the current rate, the Pacific atolls of Kiribati and Tuvalu could be completely submerged within decades. Most Pacific Atolls Uninhabitable. Sea Level Rises 1.35m. The rise in the sea level is likely to be faster and greater than previously thought, according to researchers who say recent predictions are inconsistent with historical data. 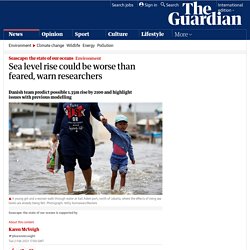 In its most recent assessment, the Intergovernmental Panel on Climate Change said the sea level was unlikely to rise beyond 1.1 metre (3.6ft) by 2100. But climate researchers from the University of Copenhagen’s Niels Bohr Institute believe levels could rise as much as 1.35 metres by 2100, under a worst-case warming scenario. When they used historical data on sea level rise to validate various models relied on by the IPCC to make its assessment, they found a discrepancy of about 25cm, they said in a paper published in the journal Ocean Science. The researchers said the models used by the IPCC were not sensitive enough, based on what they described as a “reality check” test. Sea Level Rises 2 Metres. Ashley Cooper pics / Alamy Stock Photo By Adam Vaughan The world’s coastal cities have been warned to prepare for the possibility of a sea level rise exceeding 2 metres by the end of the century, with “profound consequences for humanity.” 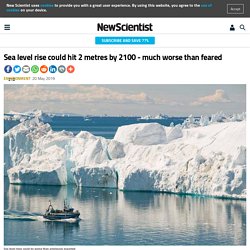 Leonard, Baldwin and four other co-authors contributed to the paper, “Landscape Connectivity Losses Due to Sea Level Rise and Land Use Change,” about wildlife habitat connectivity in the Southeast that has been published in the journal Animal Conservation. By the year 2100, sea levels might rise as much as 2.5 meters above their current levels, which would seriously threaten coastal cities and other low-lying areas.

Hansen’s best estimate was 2 to 5 meters (6–15 feet) by the end of the century: five to 10 times faster than mainstream science has heretofore predicted. The result was so important that Hansen didn’t want to wait. So he called a press conference and distributed a draft of his findings before they could be peer-reviewed—a very nontraditional approach for a study with such far-reaching consequence.

That’s bad news for those of us rooting for a stable planet. In an email to Slate, Ruth Mottram, a climate scientist who was skeptical of the initial draft, calls the final study “considerably improved.” 50m Bangladeshi Refugees After 6" Sea-Level Rise. In some places, the impact of climate change is obvious. In others, scientists predict that climate change will occur based on elaborate computer models. In Bangladesh, it is already happening at a scale that involves unprecedented human tragedy.