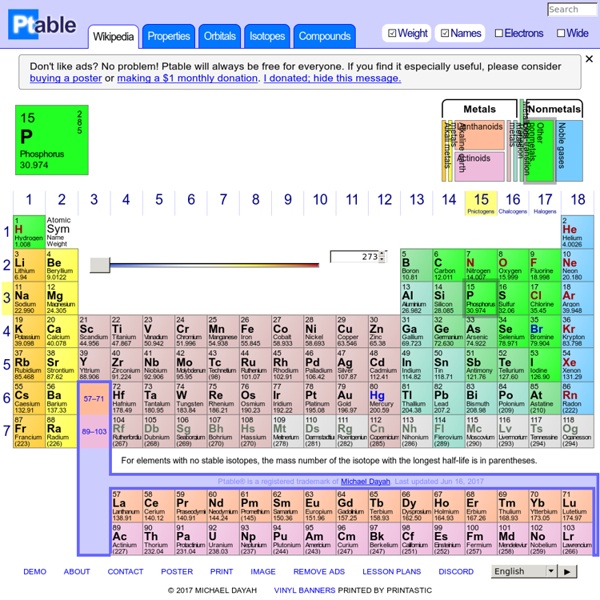 Bacillus cereus and related species. F A Drobniewski + Author Affiliations Bacillus cereus is a gram-positive aerobic or facultatively anaerobic spore-forming rod. It is a cause of food poisoning, which is frequently associated with the consumption of rice-based dishes. The organism produces an emetic or diarrheal syndrome induced by an emetic toxin and enterotoxin, respectively. Other toxins are produced during growth, including phospholipases, proteases, and hemolysins, one of which, cereolysin, is a thiol-activated hemolysin. Water Filters - Official Site Why Aquasana High Performance NSF Certified to reduce 60 contaminants including >97% of chlorine and chloramines. Instant Filtration Convenience Stop waiting for drip pitcher filters!

10 Awesome Online Classes You Can Take For Free Cool, but you need iTunes for nearly everything, and that gets an 'F.' Are there really no other places to get these lessons? I was sure there are some on Academic Earth. Flagged 1. 7 of them are available via YouTube. 2. iTunes is free. Garbology Featured Activity: Waste-Less Lunch Lead your students in learning about natural resources used in common packaging materials. Challenge your students to conserve natural resources through their lunch choices. Check out this and other Garbology lessons for the classroom » Featured Activity: Conduct a Waste Assessment

15 Awesome Chemistry GIFs You don’t need to watch Breaking Bad to know that chemistry is pretty awesome. Below, we explore our favorite 15 chemistry GIFs and the science behind them (when we could figure it out): Melting Metal With Magnets Microbes in our world and what they do (511744 Reads) Table of Contents| Chapter Article List| Printable Version | Printable Chapter [Prev] | [Next] Much ADO About Text Files Greg Stemp Microsoft Corporation March 5, 2004 Summary: Demonstrates how script writers can use Microsoft ActiveX Database Objects (ADO) techniques to retrieve data from logs and other text files. (14 printed pages) If we Microsoft® Scripting Guys were smart (well, let's face it: if we were smart we'd be the Microsoft Highly-Paid Executive Guys rather than the Microsoft Scripting Guys) you would think that at some point we would learn not to make offhand remarks, unless we were ready and able to back them up.

Calculate the amount of water you use to wash dishes The newest addition to Ziploc’s food storage products are versatile, reusable and eco-friendly VersaGlass Containers. Now, you can store, heat and serve – all in one container. Get more out of it When it comes to preparing meals for you and your family, Ziploc® VersaGlass™ Containers make life easy. The stylish, tempered glass containers are available in a variety of sizes and shapes. You can use them to store food in the fridge or freezer, heat food in the oven or microwave, and serve food on the dining room table.

free university lectures - computer science, mathematics, physics, chemistry Whether your goal is to earn a promotion, graduate at the top of your class, or just accelerate your life, lectures can help get you there. Our archives of lectures cover a huge range of topics and have all been handpicked and carefully designed by experienced instructors throughout the world who are dedicated to helping you take the next step toward meeting your career goals. Lifelong learns can turn their free time turn into self-improvement time. The online lectures on this list are more than lecture notes or a slideshow on a topic -- they were designed for audiences like you, with carefully sequenced themes and topics taught by veteran educators, and often with additional resources for your own independent study. The lectures are available to anybody, completely free of charge.

Chemistry NOTE: For those of you who are having difficulty with the links in the above menu, click here!All teacher documents were originally created in Microsoft Word and some were saved as Web Pages. Those may be easily copied and pasted back into Word for making any changes desired. However, some of the files don't translate back into Word that well. So, some files are in Word only. Bacterial Identification - General Principles Through the early part of the twentieth century, there appeared to be a general feeling that the same battery of observations and tests could be used to characterize and identify any kind of bacterium. But as different, "exotic" types of bacteria were discovered, it was found that they would tend not to grow in the standard test media nor even in the usual conditions of incubation. Obligate parasites and strict anaerobes were among the emerging groups of bacteria needing special methods for growth and characterization. By the 1930s, a standard descriptive chart was developed for uniformity in recording the characteristics of the "aerobic saprophytes" (which are equivalent to what we call the "commonly-found" or "easy-to-grow" chemoheterotrophs in our general courses today). Click here and here for both sides of the standard chart constructed in 1934. There is no medium (differential or otherwise) that can possibly support the growth of all of the different species of bacteria.

What follows in this section is just a brief summary of much material presented and discussed over 24 hours of intensive instruction and interaction, so it's not an easy read. Consider it rather a quick tour of the cc world - mainly as a guide for further thinking and an opening to the expanded materials on our web-sites - this, www.openmoney.org, and others - / We began with the basics of conventional and community money systems - that all we really need to know about money, we already know and we always did. We know what it does, what it is and where it's from. Therapy Fixes Color Blindness in Monkeys Monkeys once color-blind can now see the world in full color thanks to gene therapy. The results demonstrate the potential for such methods to eventually cure human vision disorders, from color blindness to possibly other conditions leading to full blindness. The primate patients, named Dalton and Sam, are two adult, male squirrel monkeys that were red-green color-blind since birth — a condition that similarly affects human males more than females. Five months after researchers injected human genes into the monkeys' eyes, the duo could see red as if they had always had this ability. Since human genes were used and the monkeys' eyes and brains are similar to ours, at least in terms of color vision, the researchers hope the same procedure could work in humans. "People who are color-blind feel that they are missing out," said study researcher Jay Neitz, a professor of ophthalmology at the University of Washington, Seattle.