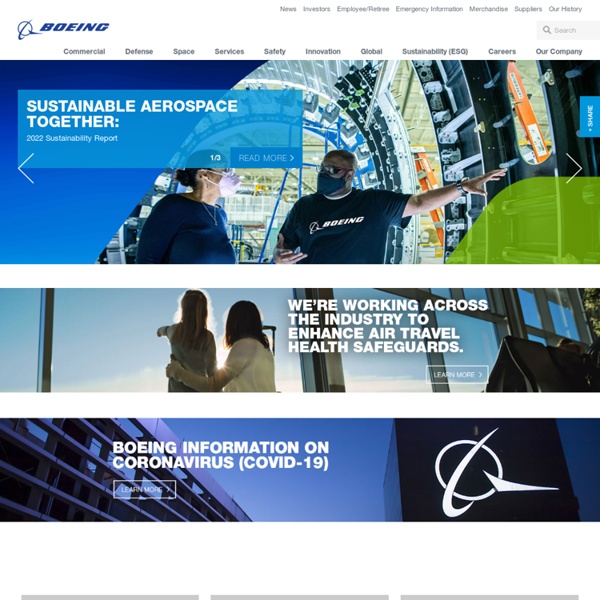 Boeing 787 Dreamliner The aircraft's initial designation was 7E7, prior to its renaming in January 2005. The first 787 was unveiled in a roll-out ceremony on July 8, 2007, at Boeing's Everett assembly factory, by which time it had 677 on order; this is more orders from launch to roll-out than any previous wide-body airliner.[5] By October 2013, the 787 program had logged 982 orders from 58 customers, with International Lease Finance Corporation (ILFC) having the largest number on order.[1] Development and production of the 787 have involved a large-scale collaboration with numerous suppliers worldwide. Final assembly is at the Boeing Everett Factory in Everett, Washington.

What is a synchrotron? A synchrotron is an extremely powerful source of X-rays. These are produced by highly energetic electrons moving in a large circle in the synchrotron. The entire world of synchrotron science depends on one physical phenomenon: When a moving electron changes direction, it emits energy. NH Department of Transportation New Hampshire Aviation Events – 2014 The following aviation events are planned to be held throughout New Hampshire in 2014. Please check with the listed contacts for more information. 2013 International Aviation Art Contest The New Hampshire Department of Transportation participated in the 2013 International Aviation Art Contest.

Boeing 787 Dreamliner Aircraft Profile The 210-330-seat Boeing 787 is aimed at a potential replacement market for the Boeing 767, Airbus A300-600 and A330-200/-300, estimated at more than 3,500 medium-range airliners. Three versions of the Boeing 787 have been approved so far: The 210-250-passenger Boeing 787-8, with a range of 15,700km, the Boeing 787-9, carrying up to 290 passengers up to 16,300km and the 330-seat, 6,500km range Boeing 787-3. The Boeing 787 will be powered by 55,000lb – 70,000lb thrust engines from General Electric and Rolls-Royce. theconversation Science is like high-performance racing: today’s Formula One machine is all too soon the jalopy of tomorrow. The Australian Synchrotron, opened in 2007 and located in Melbourne, is currently at the F1 end of the spectrum. Needless to say, its 120 staff and thousands of active researchers would like to keep it that way. Which raises a pertinent and obvious question: what does it actually do? Technically speaking, a synchrotron is a large machine that accelerates electrons to almost the speed of light.

Around 100 years ago a father and his son in north England conducted an experiment that would revolutionise the way scientists study molecules. A refined version of their method still remains one of the most important tools for scientists. To achieve this feat, William Henry Bragg and his son William Lawrence Bragg used table salt (sodium chloride). They prepared a clean crystal of salt and shone X-rays on it, which created a beautiful geometric pattern on a photographic paper placed behind it. Others had done similar things before, but the Braggs made an intuitive leap. They realised that tucked away in the layout of the dots was information about salt’s molecular structure. Mar 21, 2012 JAL Announces Delivery Date of its First 787 Dreamliner, Reveals Cabin Interior - Aurora TOKYO March 21, 2012: Japan Airlines (JAL) announced today that it will take delivery of its first Boeing 787-8 on March 25, 2012, and the aircraft will be flown from Seattle, Everett to Tokyo, Narita by JAL pilots the following day. JAL’s first commercial 787 flight will also be the first ever nonstop flight to connect Boston with Asia when JAL uses it to launch the new service between Tokyo (Narita) and Boston on April 22, 2012. JAL will later this year, also use this super-efficient aircraft to start yet another first nonstop service between a US city and Asia with the launch of direct flights between Tokyo (Narita) and San Diego. The 787 is scheduled to be deployed on routes between Tokyo and Beijing, Moscow, New Delhi and Singapore as soon as subsequent aircraft are delivered and all necessary preparations are completed.

Nicholas Negroponte: Nanobots in Your Brain Could Be the Future of Learning Transcript Nicholas Negroponte: I gave a talk at the first TED in 1984 that was two hours long and it had five predictions in it that more or less all came true. And people called them predictions but they really weren’t predictions. They were extrapolations. The reason I talked for two hours is not because I was Fidel Castro and I was giving a rally. Dreamliner: The modern aircraft plagued with problems - Aurora When Boeing's 787 Dreamliner completed its first test flight in December 2009, it was hailed as the future of commercial aviation. But the project was plagued with problems from the start and was 30 months behind schedule at the time of its maiden flight. Here are some of the innovations that made the Dreamliner the most eagerly anticipated aircraft for decades. Technical information It can fly between 7,650 to 8,200 nautical miles (14,200 to 15,200 kilometres). Boeing says it is the first mid-size aircraft to be able to carry passengers distances normally only reached by big aircraft It flies at Mach 0.85, which is a similar speed to most of today's fastest passenger planes Half of the plane is made from lightweight composite materials, including carbon fibre.

Why STEM subjects and fashion design go hand in hand The fashion industry evokes images of impossibly beautiful people jet setting around the world in extravagant finery. Like a moth to the flames, it draws many of our most creative young minds. Often, the first instinct of high school students who want to work in creative industries is to drop all their math and science subjects to take up textiles and art.

Exclusive pictures of how Dreamliner lost its fuselage : Featured, News - India Today - Aurora Pankaj Upadhyay | Headlines Today | New Delhi, October 21, 2013 | UPDATED 16:19 IST Even as the DGCA is probing the deadly incident in which a panel of the Dreamliner fuselage fell off mid air while the aircraft was on its way to Bangalore from Delhi, Headlines Today has managed to get exclusive pictures of the concerned aircraft. These exclusive pictures provided by the investigating team shows how the entire panel of the Dreamliner had disappeared not just exposing the critical panel under the belly but also putting the lives of nearly 150 passengers at great risk.