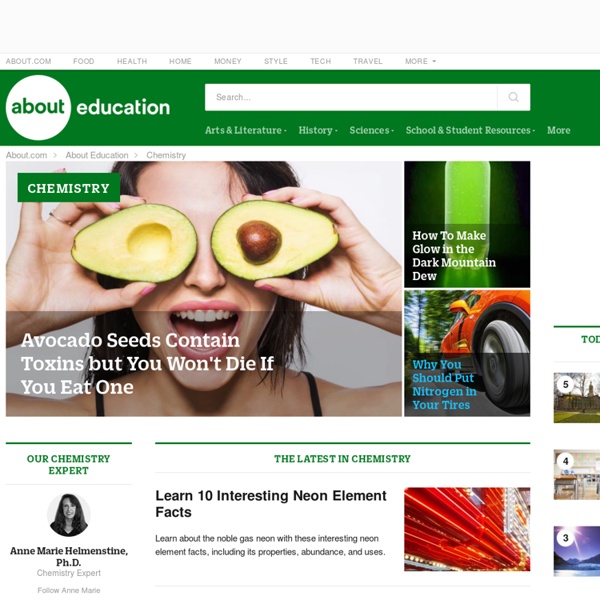 April 20th marks the passing of the man who first brought table sugar to the masses. Before Franz Achard came up with his refinement process, sugar was a luxury item available only to the wealthy. His process removed sucrose from common beets. This provided usable table sugar at such a low price where anyone could afford to keep sugar in their house. Find out what else occurred on this day in science history. Follow About.com Chemistry on Facebook or Twitter.

ChemBioOffice two week evaluation A Flash compatible player was not detected on your system, otherwise you would see videos here. If you can play an mp4, download the video as mp4 here ChemBioOffice is a scientifically intelligent, integrated suite of personal productivity tools that enables scientists and researchers to capture, store, retrieve and share data and information on compounds, reactions, materials and their properties. ChemBioOffice helps chemists and biologists to efficiently keep track of their work, visualize and gain a deeper understanding of their results and correlate biological activity with chemical structures. ChemBioOffice includes the following applications:

10 interesting facts you probably didn’t know Fact Source It’s called Paternoster. Fact Source Fact Source Fact Source Chemistry News Study Paves the Way for New Photosensitive Materials Apr. 22, 2021 — Scientists are investigating the molecular dynamics of titania clusters. Such research is a basic step toward the development of more efficient ... Silver Ions Hurry Up, Then Wait as They Disperse Apr. 22, 2021 — Chemists quantify the release mechanism of silver ions from gold-silver nanoparticle alloys. The nanoparticles are being studied for use as catalyst in hydrogen evolution and other ...

Chemistry Freeware On this page I post reviews and links to freeware chemistry programs available for download at other sites around the internet. All of the programs are ones that I have used, or currently use. None-the-less, I take no responsiblity for any problems you might experience as a result of installing any of these applications. Unless otherwise noted, the programs are for Windows systems. ACD/ChemSketch 12 Freeware. ACD continues to release updates to the outstanding Chemsketch freeware. Now Read This: 5 Sites Every Smart Consumer Should Bookmark Did you hear about the Stars & Stripes sweepstakes scam, where newspaper readers get calls by someone claiming to work for the Federal Trade Commission who tells them they’ve won $470,000 in a contest? You would if you followed the Better Business Bureau online. How about the bank fee that eats almost all of the earned interest on a CD? You’d know about it if you read Bob Sullivan’s consumer blog, The Red Tape Chronicles, on MSNBC.com. Back in 1997, Direct Marketing News estimated each of us sees more ads in one year than people of 50 years ago saw in an entire lifetime.

What chemical elements would look like if they were people We at Bright Side are certain that any subject, no matter how complicated, can be made interesting for children provided it’s explained in an accessible way. Take chemistry for example, which is often considered one of the toughest subjects for a child to learn at school. We suggest beginning with the most famous chemical elements and their characteristics.

All Nobel Prizes in Chemistry The Nobel Prize in Chemistry 2002 "for the development of methods for identification and structure analyses of biological macromolecules" John B. Fenn and Koichi Tanaka "for their development of soft desorption ionisation methods for mass spectrometric analyses of biological macromolecules" Chemistry Labs Atomic Structure Series - Classifying Matter - Great Helpers View Now... Economic Myths "The Olympian gods" Nicolas-André Monsiau (1754–1837) Mainstream economists and so-called experts have filled the minds of most Americans with many economic myths that are constantly reinforced by the media and repeated on the streets.