The Difference between the United Kingdom, Great Britain and England Explained 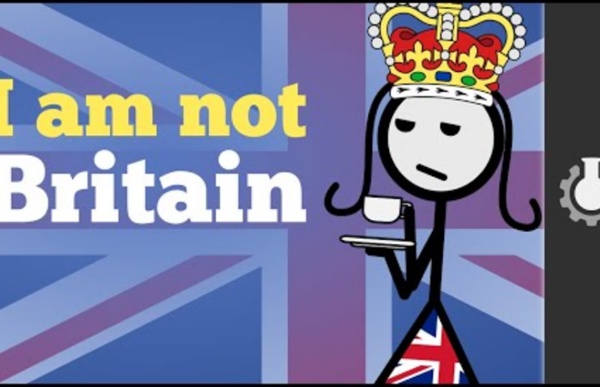 Bonfire Night The history The year was 1605 and some English Catholics were angry because the King of England, James the first, was treating them badly. In November 1605 a group of men made a plan to blow up the Houses of Parliament (the government buildings) in London. An enormous explosion was planned for November 5th.

Musical Instruments Vocabulary ESL Worksheets Musical Instruments Picture Dictionary ESL Worksheet A picture dictionary (pictionary) & poster ESL worksheet for kids to study musical instruments vocabulary. Look at the pictures and study the musical instruments. Musical Instruments Vocabulary Matching Exercise Worksheet Let's talk about the UK (still with Scotland) At the beginning of the new school year teachers usually explain to their students what they are going to study. Sometimes efl teachers not only teach grammar but also British culture, so one of the first cultural topics they discuss with their students are the geography of the UK and its form of government. Here you can find an interactive mindmap, a digital poster and a collection of useful websites, just to simplify the work. Click on the Glogster digital poster below, you will find general information about the United Kingdom and some videos. Now take a look at my Cacoo mindmap below about the UK form of government.

I asked 5 fascism experts whether Donald Trump is a fascist. Here's what they said. Is Donald Trump a fascist? It's becoming a common question, especially following Trump's announcement that he supports banning Muslims from entering the United States, with commentators and politicians from across the political spectrum answering in the affirmative: To be blunt: Donald Trump is not a fascist. "Fascism" has been an all-purpose insult for many years now, but it has a real definition, and according to scholars of historical fascism, Trump doesn't qualify. How to poach an egg Perfect poached eggs – the type you get for breakfast in smart hotels and restaurants – can look impressive but if you master a few simple techniques, you can achieve the same results at home. What you're looking for is a smooth, not wispy, ball of tender egg white enveloping a soft yolk that gently spills out when broken into. There is little more tempting on a dish than this simple pleasure – it's no wonder Instagram is crammed with videos of punctured poachers.

United Kingdom HISTORY The first Britons (people who live in the United Kingdom) were the Picts, who arrived about 10,000 years ago. In the eighth century B.C., the Celts arrived from Europe and pushed the Picts north into Scotland. In A.D. 43, the Romans invaded and ruled for nearly 400 years. They built roads, bathhouses, sewers, and large villas. By the sixth century A.D., German peoples known as Angles, Jutes, and Saxons were moving into Britain.

Proposal: keep the nuclear launch codes in an innocent volunteer's chest-cavity / Boing Boing In 1981, Harvard law professor Roger Fisher, director of the Harvard Negotiation Project, published a thought experiment in the Bulletin of Atomic Scientists: what if the codes to launch nuclear war were kept inside the chest-cavity of a young volunteer, and the President would have to hack them out of this young man's chest before he could commence armageddon? There is a young man, probably a Navy officer, who accompanies the President. This young man has a black attaché case which contains the codes that are needed to fire nuclear weapons. I could see the President at a staff meeting considering nuclear war as an abstract question. He might conclude: “On SIOP Plan One, the decision is affirmative, Communicate the Alpha line XYZ.”